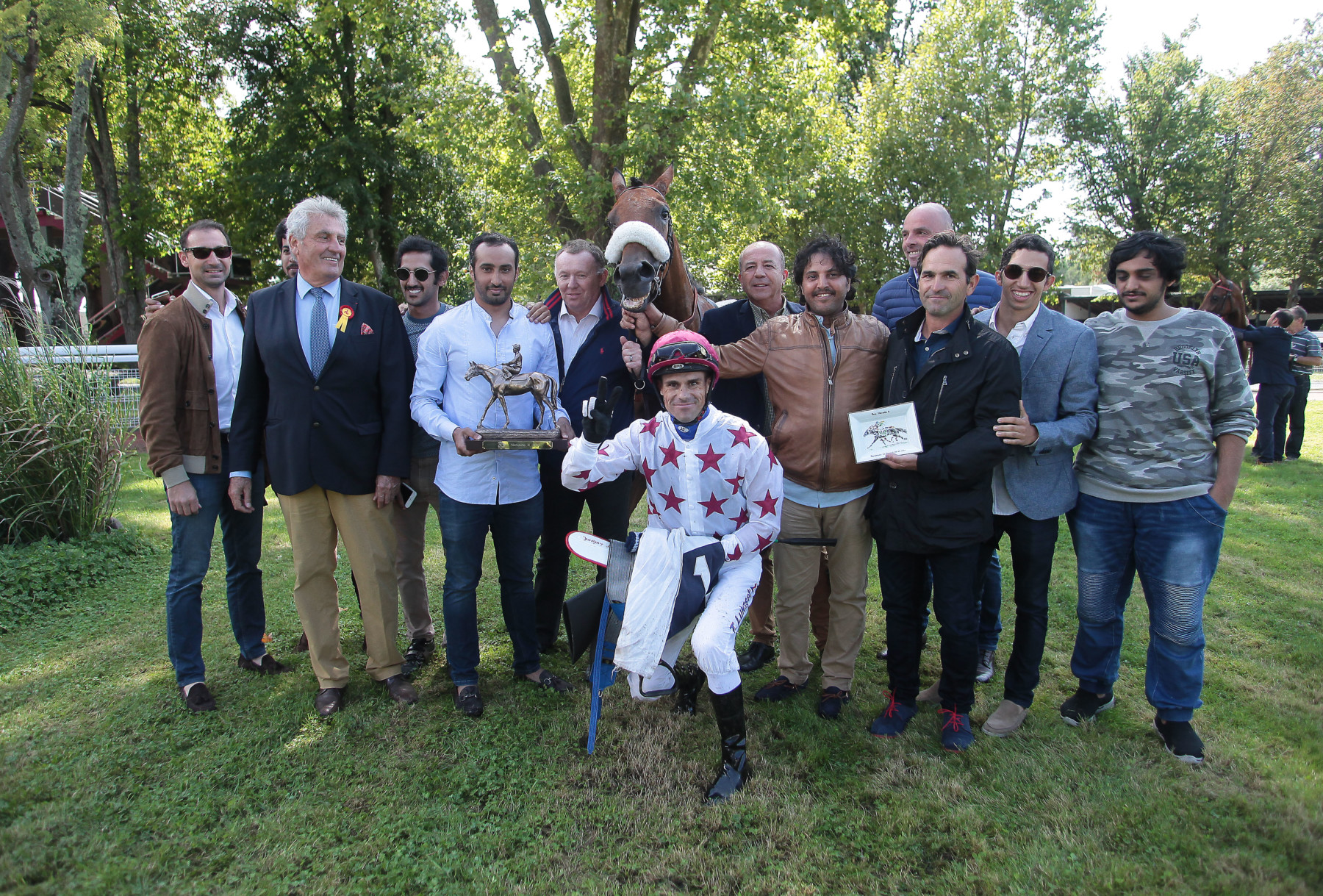 Djahab (Mahabb) remains unbeaten from three starts after winning the Prix Nevada II (Gr. III PA), at the beginning of the month. In her two previous races, in Qatar, she won by eleven and fourtee, lengths over 1,200 meters and 1,400 meters respectively! Up until this race, she had therefore only ever run on good ground and over shorter trips, and she made her debut on French soil over 1,900 meters in holding ground.

An impressive maiden winner going wire to wire, Easter de Faust (Mahabb) took control of operations in the lead straight out of the stalls, with Al Ghashamiyah (General) at his heels. Halfway down the straight, coming up the rail, Easter de Faust looked to be the most likely winner. Najah (Munjiz), the favourite, came on the attack up the middle of the track. However neither expected Djahab, who came up between the two fillies and took the lead in the final strides.

Yan Durepaire, who has had the filly in his barns for the last two months, spoke on behalf of the trainer Hadi Al Ramzani and the filly’s connections: “Djahab was unbeaten in Doha, winning quite spectacularly. They decided to venture into France with her, with the idea of testing her over a new distance and softer ground, which was the biggest worry. They have always highly esteemed this filly, even though there was a question mark over today. She passed the test. In the mornings, she moves well and works nicely. For her next run, Djahab should head to the big race for 3-year-old fillies at Saint-Cloud if her owner is in agreement. She should come on a lot for this race, as it was her debut in Europe, and she hadn’t run since May last year. »

A double for Gérard Larrieu

Djahab has passed through the Arqana sales ring at Saint-Cloud twice. The first time was as a foal in 2014, when her breeder Jean-Marc Lucas sold her to Gérard Larrieu (Chantilly Bloodstock Agency). In September 2016, consigned by Jean-Paul Larrieu (Haras de Saint-Faust), she was bought for € 50,000 by her current owner. Easter de Faust, second in this race, was bred by Haras de Saint-Faust on behalf of Gérard Larrieu.

Djahab was bred by Jean-Marc Lucas who's often names his horses with the suffix Berlais. Her dam, Djesireh (Prince d’Orient), won a race and finished third in the Prix de l’Élevage (Gr. II PA) before producing Akbar du Berlais (Akbar), a winner at Al Ain racecourse last winter. The third dam, Djou Laila (Badr Bedur), is a uterine sister to Djouras Tu (Manguier), who won five of his seven races before becoming a stallion. The fourth dam, Djoura (Ourour), is the ancestor of the excellent sire Djourman (Manguier), and Saklawi Jadrane (Kesberoy), a multiple Group I PA winner, including the Al Maktoum Challenge Round II and Round III, the Prix du Président des Émirats Arabes Unis, the Coupe d’Europe and des Émirats Arabes Unis and the Coupe Al Asayl Management. This family comes from the Fourcade bloodstock.