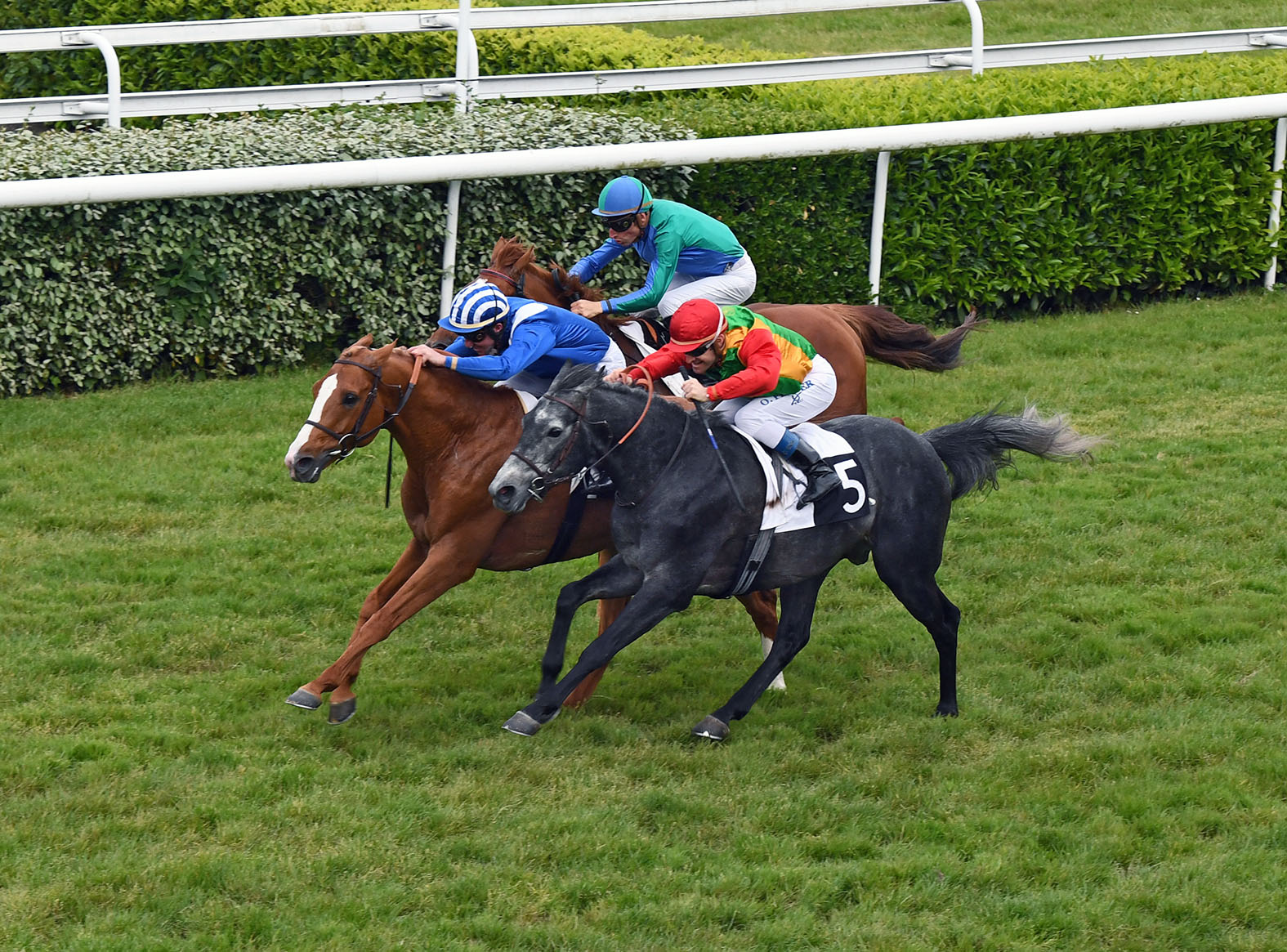 He hadn’t been seen in public since his win in the world’s richest race for purebred Arabians, the Sheikh Zayed Bin Sultan Al Nahyan Jewel Crown (Gr. I PA) at Abu Dhabi in November. However, Muraaqib (Munjiz) didn’t have to dig deep in the Prix Damas (Gr. III PA). The Francois Rohaut trainee, owned by Hamdan bin Rashid Al Maktoum, kept his rivals at bay without his jockey having to get to the bottom of him. He won by a small margin but should logically progress for the race.

Dynamites (Nashwan Al Khalidiah) was quickest away and set the tempo from Al Mouwaffak (Azadi). Muraaqib sensibly bided his time in mid-division on the rail with Joudh (Mahabb) on his outside. In the straight, a full of running Muraaqib quickened into the lead, although he was given a run for his money by Rawdah (Dahess) who kept up the pressure. Although there was no way past as the latter had to settle for second. Joudh completed the finishing order.

François Rohaut can be satisfied with the performance of his charge: “We hadn’t particularly cranked him for this race as he has other objectives during the course of the season, but it was necessary for him to get a run under his belt. The race set up perfectly for him and so far so good."

The Pau trainer added: “François-Xavier Bertras, Muraaqib’s rider, never had to get serious on him and the small margin of victory is indicative that the horse is perhaps getting too wise for his own good. As he could have been ambushed. He was perhaps not as keen as he should have been and, if this is the case, we might have to equip him with the necessary piece of equipment. However, he wasn’t blowing after the race and recovered quickly.”

There are no relevant races for Muraaqib in France over trips from 1,400 meters to 1,600 meters. He must therefore go on his travels which hardly improves the mood of his trainer. He said: “The Prix Damas was the only race over the right trip for him in France. There is no programme for him. All the top events, that is to say the Group I PA for older horses are run over 2,000 meters, and it’s not normal. He will race at Goodwood during the summer before making a return trip to Istanbul in September. The plan is for him to then defend his title at Abu Dhabi in November. Ideally, I would prefer not to make the long haul trips, and take in a big race in France. All the older horses which don’t stay 2,000 meters are similarly devoid of racing opportunities. Not everyone agrees with me and I don’t know why.”

THE LINE OF FLEUR D’AVRIL

A Shadwell-bred, Muraaqib is trained by François Rohaut who also trained the sire Munjiz (Kesberoy). Muraaqib is the best product of his dam, Tashreefat (Bengali d’Albret), who was second in the Liwa Oasis (Gr. I PA). She also produced Barnamaj (No Risk Al Maury), who was second in the Jebel Ali Racecourse Za’abeel International Stakes (Gr. I PA) at Newbury and the French Arabian Breeders’ Sprint (Gr. II PA) at Toulouse. She has also generated Ajaayib (Mahabb), who won the 100 Years Sheikh Zayed bin Sultan Al Nahyan Cup (L. PA) at Seville earlier in the day. The second dam, Seglaoui (Tidjani), is a half-sister to the dual winning and multiple-placed Saklawi (Dormane) for the same Shadwell silks. The distaff line traces to Fleur d’Avril (Meke) who is one of the foundation mares of the French stud book. 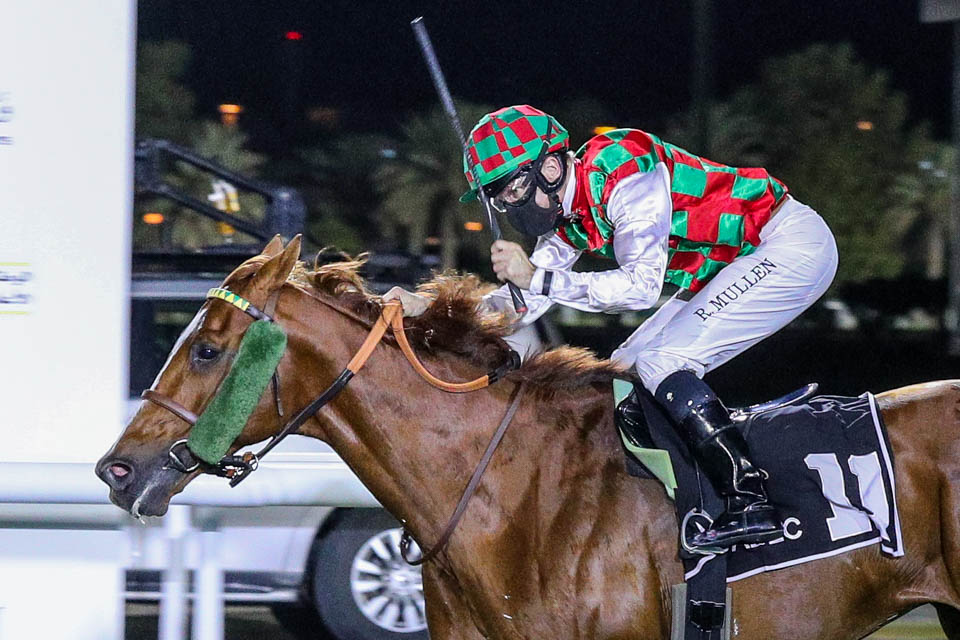 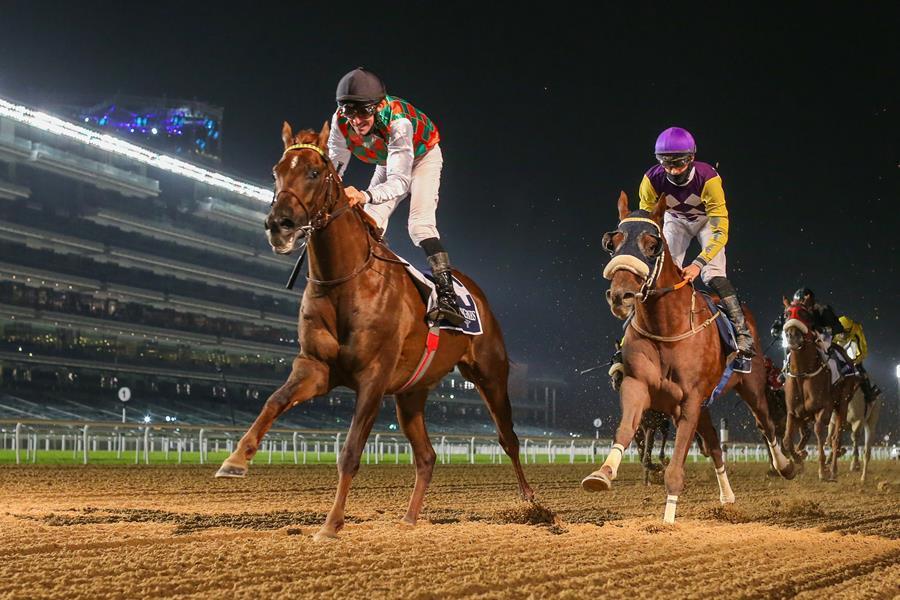