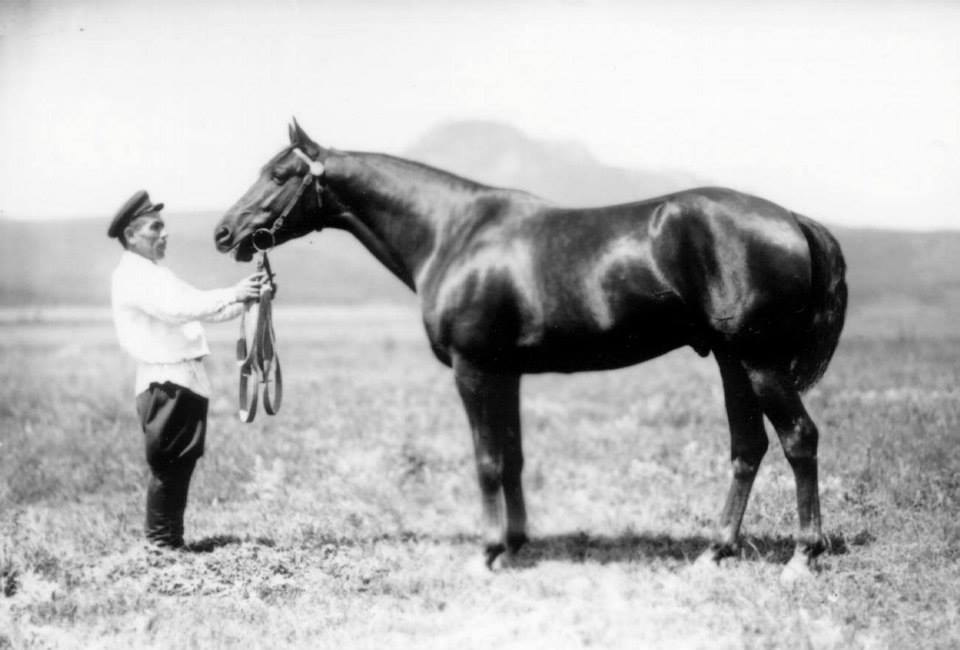 Russian influence has played a big part in the breeding of Purebred Arabians globally.  Breeding stock imported from France played a pivotal role in the past within the Federation. This influence continues to predominate

The birth of the Russian breeding industry coincided with horses primarily imported from Poland, Britain and France. Very few horses were imported directly from the Arab countries to the Russian Federation. In 1930, six broodmares and the stallion Kann (Denouste) were imported from France by the Tersk Stud in the Caucasus. That is to say the far south-eastern corner of the former USSR (Union of Soviet Socialist Republics). Their influence was considerable and Kann was the source of a male bloodline still in existence. Yves Plantin told us: "The Russians, in common with the Polish imported horses in France in this period. During the course of time, Russian breeders ensured their survival of these bloodlines whereas the Polish gradually phased them out.é

THE SECOND WAVE OF FRENCH IMPORTS

In the period between 1990 and 2000, the French bred Nougatin (Dormane) made a profound impact on the Russian stud book, and represents the second ‘wave’ of French influence. Kai Sagemueller, of Kavkaz Bloodstock, told us: "The stallion stood at the Tersk Stud in 1999 and 2000, and his influence can be found in most non-Russian pedigrees. Nougatin proved to be a considerable influence as regarding improving the breed (track performance), and was a big influence for speed. Marwan (Manganate) is the second-ranked stallion after Nougatin in terms of influence. He was used for artificial insemination purposes and his was a relatively small production. However, he was a very successful stallion and was to prove a sires’ sire and a sire of broodmares. One must recognise the success of other stallions imported from France and namely Benedick (Dormane), Karmel de Faust (Akbar) and Grand Écran (Dormane) who are on an upward curve. The first three-year-olds of Dubai Heros (Amer) are due to race this season.  The first crop of Zakbar (Akbar) yielded the top Russian juvenile colt. Dhobiani Al Mels (Akbar) and Folastello Py (Njewman) are among the recent imports.

A well-bred son of Dormane (Manganate) out of the dam of  Spaghetti (placed in the Qatar Derby), Nougatin was the joint breeding venture of Françoise Blondel and Yves Plantin. The grandson of Nefta (Saint Laurent) made no impression in two three-year-old starts in the autumn. So he left France with a very modest racing record. Yves Plantin, his co-breeder, remembers: "He had a tendon problem and that is why I sold him for export. Nougatin joined the establishment of Mr Den Hartog in the Netherlands, who has strong ties to the Russian market. French bloodlines are a source of stamina, but in the case of Nougatin, it must be pointed out that his dam was an influence for speed when bred to different stallions." For his new buyer, the stallion generated Poulain Kossack (Nougatin) in the Netherlands. The latter was to prove a big hit in France following his Qatar Cup - Prix Dragon (Gr. II PA) success. In the Qatar Arabian World Cup prep, he was ridden by Jadey Pietrasiewicz: the first woman to ride a French group winner. Nougatin headed the Russian stallions’ list in terms of winners. He was also responsible for Group I PA winners: Valensia (Oaks), Nonius (Derby and St Leger, twice) and Neron (Great Cup)…

THE SUCCESS OF THE MARIFA BLOODLINE

Marifa was sold in-foal to Akbar (Djelfor) to the Haras de Saint-Faust, where she foaled Karmel de Faust (Akbar). Sold for € 72,000 at the Arqana and AFAC sales at Saint-Cloud, the latter was later exported to Russie. He was a multiple Group I PA winner in his adopted homeland (Russian President Cup, the Moscow Derby and Great Cup) at three and four. Karmel de Faust has been a source of Group PA winners and notably: Karmelina (Tatarstan Star Cup), Pancer Faust (Great Russian Cup), Tukan (Naseem Stakes) and Gaskonia (Great Prize for fillies)…

THE STOCK OF GRAND ÉCRAN RISES

A graduate of a Pompadour academy, Grand Écran (Dormane) fetched € 40,000 after going through the ring at the Arqana and AFAC sales at Saint-Cloud. In France, the grandson of de Gora (Manganate) was placed three times in as many starts. His stats certainly stack up as, in 2017, despite being represented by a mere four runners, three won at Group I PA level ! He is notably the sire of the Russian Horse of the Year, Kavaler Kavkaz (second in the Derby and St Leger winner). Pressa Kavkaz (St Leger, Oaks), also bred by Kai Sagemueller of Kavkaz Bloodstock, plus Tudor (Derby). Zakbar (Akbar) is another young French stallion on the rise. A graduate of the ‘Biraben’ academy, he managed to generate a Group I PA winner despite a first crop of just three runners!

Bred by the Niarchos family, Benedick (Dormane) is one of three sons of Dormane (Manganate) to have profoundly influenced the Russian Stud book. After racing in France, he won the Moscow Derby and Russian Cup (Gr. Is PA). From 1990 to 2018, it is possible to establish a roll of honour of the most influential stallions. To this end, the Russian Breeders Organisation uses a points system which grades a stallion’s progeny according to the number/quality of races won. Benedick is second in the stallion hit parade during this 28-year period. Known for his ability to impart speed and precocity, he is responsible for the following Groupe I PA winners, Gubernator (Great Cup), Sabbita (Great Cup), Vesenniy Grom (St Leger, Naseem Stakes), Kemchug River (Great Cup), Basya (Oaks), Al Bakir (Great Cup, Kazanian Favorite Cup), Arsenta (Oaks), Akros (Great Kazanian Cup), Sablya (Great Cup), Dobrotnaya (Great Cup) and Gobelen (Great Cup)…

THE IDIOSYNCRACIES OF THE RUSSIAN PROGRAMME

In a country in which the Purebred Arabian races at two, there are 140 races a season, including 20 at Group I PA level. Several French imports have made their mark, including Faucon du Loup (Darwesh). The protege of Jean-Marc Saphores has won five times at Groupe I PA level, including the most prestigious Russian prize: the Naseem Stakes (Gr. I PA). Following his export, he has since won the Maktoum Challenge Round 2 (Gr. I PA) at Meydan. Two horses bred by the Haras du Berlais, Mascate (Munjiz), a winner at Group I PA Level, and Avonmouth (Cambrydge), a dual Group I PA winner, have both distinguished themselves . These three horses all went through the ring at Saint-Cloud. 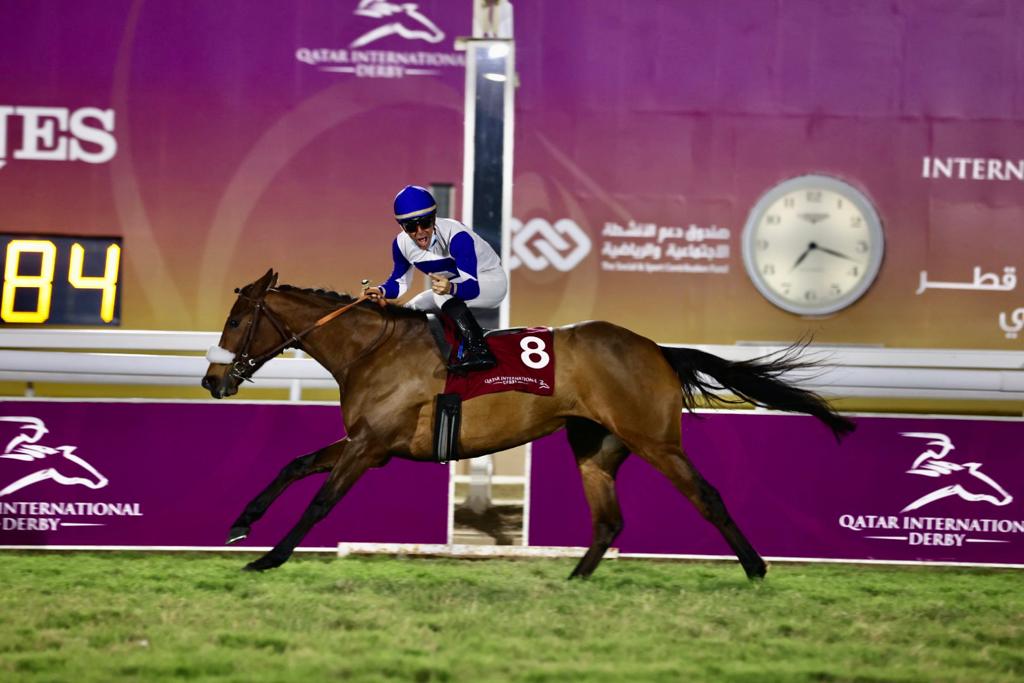 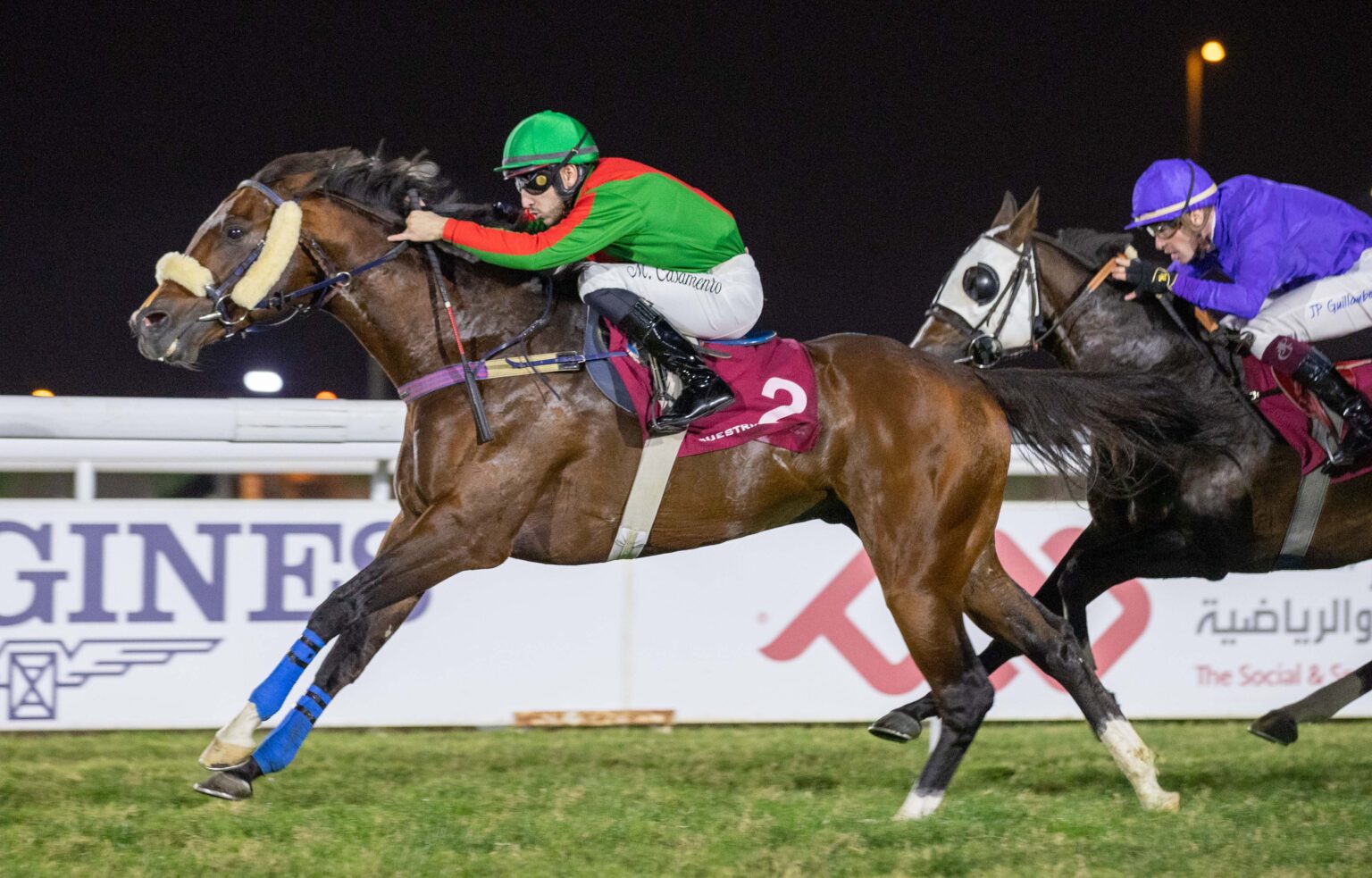