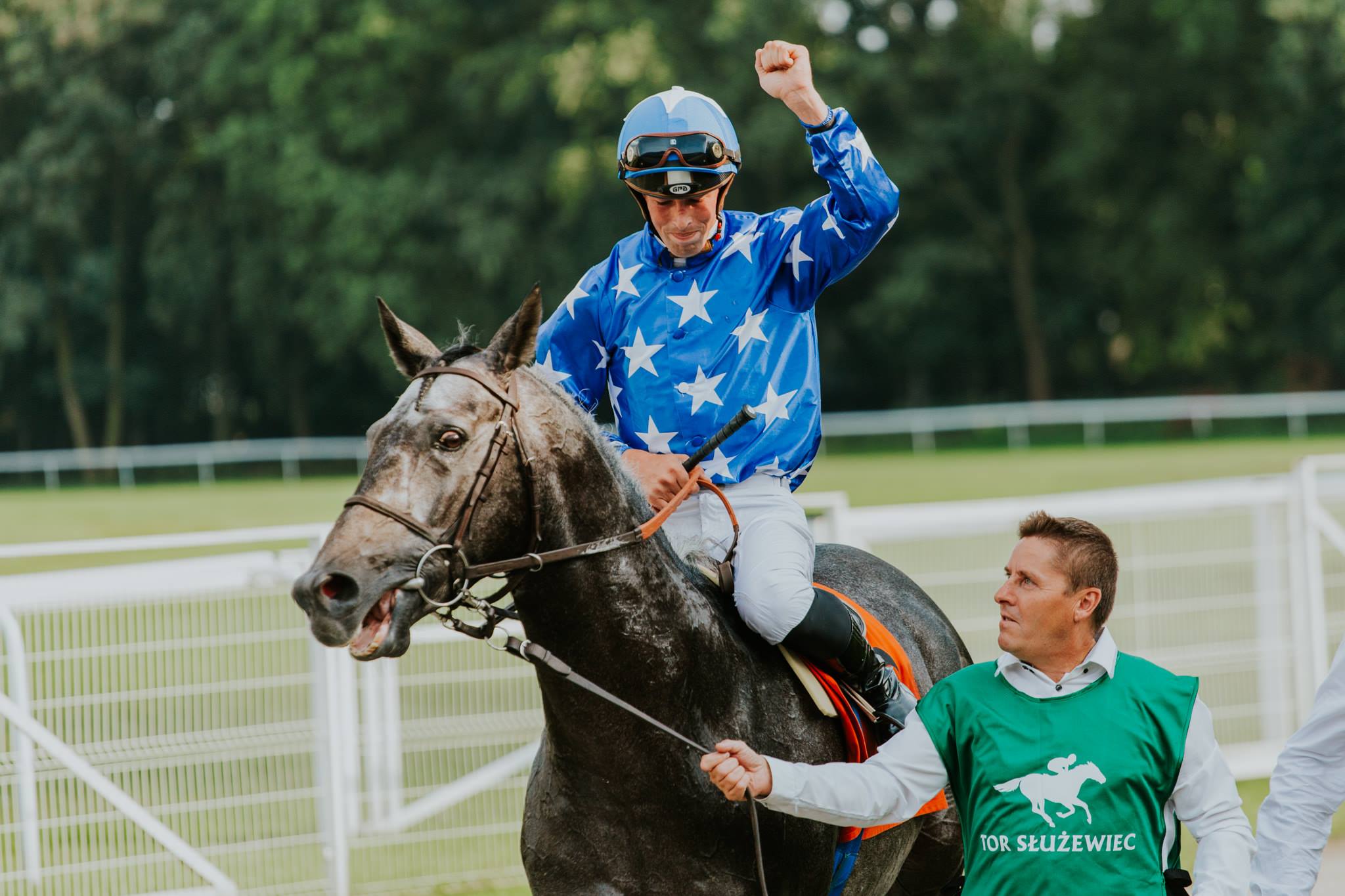 Trained by François Rohaut on behalf of His Highness Sheikh Mohammed Bin Khalifa Al Thani, Ijram (Amer) made a winning return in the Nagroda Europy (Gr. III PA) at Warsaw. He was chased home by the younger Fazza Al Khalediah (Jalnar Al Khalidiah), who was rather cut down to size despite being previously unbeaten in eight Polish starts. The first two were, in turn, nine lengths clear of the third Bandolero (Portmer). Handily placed after chasing the front-running Saudi Al Khalediah (Jalnar Al Khalidiah), Ijram bided his time on the rail as Fazza Al Khalediah made headway on his outside in the final bend. The latter was switched to the inside at the business end as Ijram, pursuing a wider course, made his effort. His rider looked over his shoulder to assess potential dangers but he needn’t have worried as his mount was never in any danger. After two victories last season, Ijram was ‘winnerless’ this season, coming into the race on what was his Group race debut. Under jockey Clément Cadel, Ijram showed that he continues on the upgrade and clearly travels well. It also marked Clément Cadel’s first PA Group success which follows on from his winning ride in the Gran Premio de San Sebastian.

A full brother to Ebraz

Ijram is out of Massamarie (Tidjani) and this makes him a full brother to Ebraz: the winner of the Emir’s Sword (Gr. I PA) and the Qatar Cup-Prix Dragon (Gr. I PA). His other full-brothers comprise the stallion and The Emir’s Sword (Gr. I PA) winning Mared Al Sahra, plus Mu’Azzaz – successful in the Shadwell Dubai International Stakes (Gr. I PA) – and Metrag. The latter captured the Grand Prix de Sa Majesté le Roi Mohammed VI (Gr. III PA) at Casablanca. The grandam Margau (Manganate) is a full-sister to those class acts: Dormane and Djendel. She also generated the classy Santhal (Djebbel) whose six wins comprised theAl Maktoum Challenge Round III (Gr. I PA). The great-grandam is none other than one of the foundation mares of the French PA scene: Mandore (Grabiec).