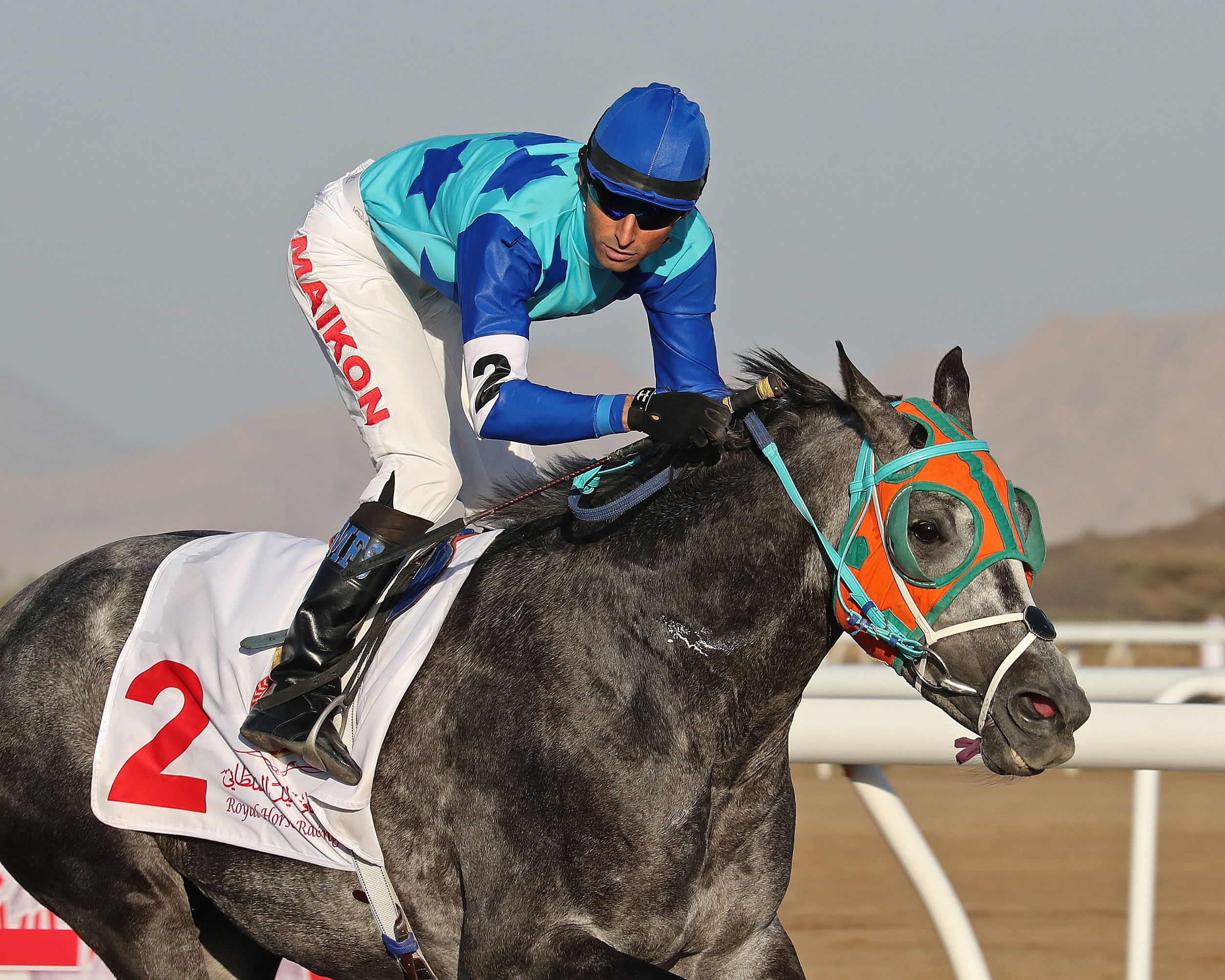 THE MAGAZINE - The powerful rise of Oman

Oman has made a huge leap forward in the domain of Purebred Arabian Racing during the last few years.

The Royal Cavalry of Oman initially made its entrance onto the international stage via acquisitions such as Al Mouhannad (Nizam), Sylvine Al Maury (Munjiz) and Alsaker (AF Albahar). However, breeding was always at the back of their minds and the results have followed thanks to the successes of homebreds such as Karimah (Munjiz), Maisoor (Burning) and Nafees (Azadi).

Jean-Pierre Deroubaix has been instrumental in the breeding and racing development process of the Royal Cavalry, and in the domain of private ownership. In order to develop racing locally, he promoted the idea of opening up the domestic programme; this was previously the preserve of the Sultan of Oman and it entailed the horses of the Royal Cavalry racing against those of the police and the fire service. In the eight years that followed, the racetracks were renovated, and particularly so Barka, which is situated in prime breeding territory on the coast. The other regions followed suit. The current season at Al Rahba racecourse, a dirt course at Wilayat Barka, entails twenty meetings and extends from October 18th to April 6th; with the eight race cards embracing both PA and thoroughbred racing. Jean-Pierre Deroubaix was surprised by the speed in which the locals seized this opportunity and particularly as fields have swelled to eighteen runners per race [at times]. The breeding industry received a shot in the arm – particularly as local runners benefit from a 2kgs allowance in number of races – with the main thrust being that of boosting the local horse population. Nevertheless, there’s no escaping that Purebred Arabians are often purchased aboard, and above all in Qatar, at the horses-in-training sales.

The Royal Cavalry’s annual racemeeting, which showcases the prestigious His Majesty's Cup, used to take place at His Majesty’s private track: namely the Royal Cavalry stables at Muscat. This year this event was switched to Nizwa: the oldest city in Oman and the country’s former capital. Captain Salim Al Hakmani, a former jockey and Royal Cavalry trainer, oversees the running of the Royal Cavalry’s racing operation. He explained that this particular event needs to be switched to a different venue each year so as to support and encourage the racing industry throughout Oman. The Nizwa racetrack was built in the month preceding the December 3rd meeting. It entailed the construction of the track, complete with running rails, as well as the erection of temporary stands for the locals, invited guests and the media. Captain Salim Al Hakmani also stressed that all the jockeys on the five race card, with the exception of Poland’s Szczepan Mazur and Brazil’s Maikon de Souza, were Omanis.

French breds prove to be in fine fettle

The meeting this year included a race for the best local horses: the Samail Castle Race. This event is open to the four-year-old plus division and is run over 1,600 metres. Some familiar names of the wider world stage were among the ten runners, including French-breds such as Mahess du Soleil (Dahess), the winner of the

2015 UK Arabian Derby, as well the Umm Qarn-bred horses such as Rasheed (Amer) and Raddad (Amer).

Others bore the Al Shahania label such as Al Mahdod (Munjiz). However, it was Khozan (Amer), who raced in France for Al Shaqab, which carried the day. Jean-Pierre Deroubaix underlined the importance of being able to buy the horses in training of the top international stables, who are primarily concerned in retaining the crème de la crème. This means that the Omanis are able to buy well bred horses-in-training at reasonable prices. Typically, these PA horses might have drawn a blank in group company after a few runs, or have acted as pacemakers for the élite performers. Furthermore, the conditions under which PA horses are trained in Oman, on the beach and devoid of pressure, enables those horses which have had injuries or minor problems to recharge their batteries. These different training conditions can also enable them to relive a second youth.

The incredible comeback of Chaddad

Very often after their purchase, these horses are rested for six months before returning to training. Some of them even retain enough ability to be able to run aboard. Chaddad (Mared Al Sahra) is a good example. The half-brother to Mkeefa (Amer), the Qatar Arabian World Cup (Gr. I PA) winner, was bred by Sheikh Mohammed Bin Khalifa Al Thani at the Al Shahania Stud. He proved good enough at three to land the Qatar Arabian Trophy des Poulains at Saint-Cloud when he accounted for the Group I PA winners, Sir Bani Yas (Amer) and Nahee (Bibi de Carrère). However, his career was interrupted by injury. After a two year absence, he was sold for 42,000 euros at the 2016 Arqana Sales. Chaddad eventually returned to the track in Oman during the 2017 season when he raced in the colours of Aaisha Bint Yousuf Mohammed Al Balushi and won two conditions races. After a summer break, he contested the Sheikh Zayed Bin Sultan Al Nahyan Jewel Crown (Gr. I PA) and was third to Muraaqib (Munjiz). Two more creditable efforts at Meydan and Abu Dhabi ensued before he was invited back to Qatar for The H.H. Emir's Sword in which he was seventh. Chaddad subsequently produced his best performance of the season in the Dubai Kahayla Classic after staying on well to be beaten less than two lengths into second.

The rise of private ownership

Jean-Pierre Deroubaix emphasised the importance of these international performances by saying: "It’s

very stimulating for two reasons. The first regards the reputation of Oman which was inexistent on the international stage five years ago. Consequently, people are currently talking about this country. The Omanis have won PA Group races in Abu Dhabi, Dubai and Qatar and they have started coming to France with a few horses. The second reason derives from the fact that it has an incentive effect regarding all those that are involved in this industry. The Omanis started out with ready-made horses. However, at present, such is their motivation that they are beginning to buy younger stock. I envisage that we will have two or three big Omani stables on the international scene in five to six years' time. They have already begun to dabble in breeding abroad. They have bought some broodmares which have remained in France, and a few in Britain. Their aim is to breed and race in Europe and back home. I am, of course, referring to Purebred Arabians, although a few have embraced the domain of the English thoroughbred."

Khalide M. Zaman (often seen as Khalid Bin Mohammed Bin Khasruzzaman in racecards) is one of those owners & breeders who aims to make his presence felt on the international stage. Born in Muscat, the Omani capital, he is the Managing Director of the Al Zaman group of companies, the business established by his father twenty-five years ago. He told us: "I have been involved with horses and horse riding since a young age. I started off in endurance races before graduating to flat racing in Oman. My passion for horses ensured that I followed the ‘racing’ path. My family are involved in a few racing syndicates and we breed a few Arabian horses at our stud just outside the capital." The 2014-2015 season marked his first as an owner in the Sultanate of Oman – during which time he had one winner from twelve runners. The current season is his best to date as it has yielded four winners at the time of writing. He currently has seven Purebred Arabians and three English thoroughbreds in training, which are divided among several trainers. He told us: "The objective is to support local trainers and create internal competition. » Two of his Purebred Arabians, Fettah du Loup (Kerbella) and Akmal (General), both of them French born, appeal as promising types. Fettah du Loup was the first of his runners to run in France. He was also his first European winner. The owner added: "We followed his first few races of the French season and were impressed by his efforts. One of my trainers, M. Al Ghunaimi, was present at La Teste in France where he saw Fettah race. It’s then that we decided to contact the owner to ascertain if he wished to sell his horse."

Availing oneself to a genuine Group class performer!

Fettah du Loup was beaten a short head by Marid (TM Fred Texas) at La Teste. The Qatar Coupe de France des Chevaux Arabes (Gr. II PA) at Chantilly marked the first time that Fettah raced in the ‘Khasruzzaman’ silks. He again finished second, beaten this time by Deryan (Mahabb), with Marid a length and a half further away in third. He subsequently made a return trip to La Teste where Fettah du Loup opened his account by half a length.

Third at Deauville in the Al Rayyan Cup - Prix Kesberoy (Gr. I PA) behind Marid and Deyran for his then trainer, Madame Jean-François Bernard, he proved that he was genuine Group I PA class. His last effort at Saint-Cloud was probably a bridge too far. Since then he has been rested and his owner hopes that he will reappear in either Round II of The Maktoum Challenge at Meydan or Round II of The Arabian Triple Crown at Abu Dhabi. Delighted by the French success story of Fettah du Loup in France, his owner said: "It is our intention to buy one or two horses in France every year with a view to racing them before sending them to the Middle East. I’m personally involved and I like choosing my own horses based upon pre-determined criteria such as pedigree and performance on the track."

Akmal was recruited from the Didier Guillemin stable, having formed part of the Umm Qarn horses-in-training draft which went through the ring at the 2018 Arqana PA October Sales, where he was acquired for 20,000 euros by Chantilly Bloodstock. He is a full brother to the Listed winner My First General (General). Unplaced on both his French sorties, Khalid Bin Mohammed Bin Khasruzzaman took up the story by saying: "He’s a strong type and we liked him when we saw him at the Arqana sales." Since then, he has won twice on his dirt debut, as well as the Sultan Qaboos University Oman Derby over 2,000 metres under Harry Bentley. Fettah du Loup's next race is Round II of the Arabian Triple Crown in Abu Dhabi.

Khalid Bin Mohammed Bin Mohammed Bin Khasruzzaman is clearly passionate about his horses and competition. Jockeys such as Christophe Soumillon and Olivier Peslier ride for him in France and he is the only owner to working in tandem with a foreign professional. Regarding the future, he said: "We would

like to be competitive in the United Kingdom, France and the United Arab Emirates. Our aim is to see the products of our stud running abroad. It’s the reason for why we are building on solid ground which takes the form of being very selective regarding our broodmare band." He ended this interview by affirming that

the Kahayla Classic is the race that he would most like to win. "I think that it’s the world’s greatest Purebred Arabian prize, as it is staged on the same card as the world’s prestigious prize and namely the Dubai World Cup ! » French PA breeding rests very easy in Oman and the first three home in the Derby were all French-breds: Akmal, Mouajdjiz (Nizam) and Acamar (Amer). The cherries on the cake scenario resides in the fact that they were all purchased at the Saint-Cloud sales, which are organised by Afac in conjunction with Arqana. 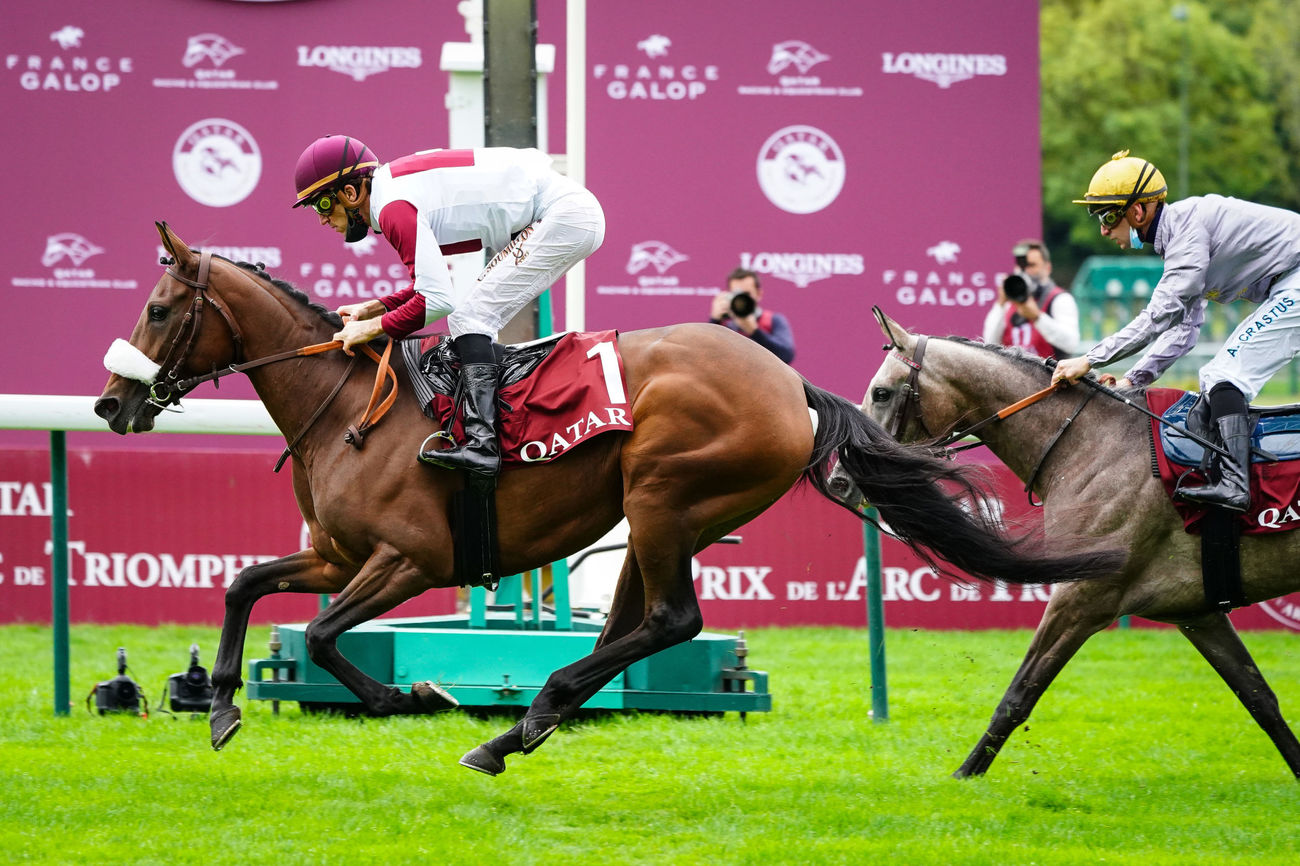