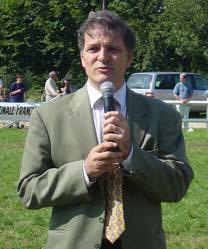 Xavier Guibert is part of the executive committee of the WAHO (World Arabian Horse Organisation), and he was the French representative during that organisation’s General Assembly in Sydney. On his return to France, he has divulged his findings.

"The General Assembly of the WAHO held its biannual meeting in Australia from February 3rd to 8th when twenty-five countries were represented. The welcome from the Australian breeders was a warm one…Although the distance factor explains why a number of countries, and namely European ones, were discouraged from attending. The ambiance was also cosier than in some of the bigger general assemblies of recent times held in the Gulf states. Several points have emerged during the course of the stud-book conferences and the plenary sessions.

Name changing. Contrary to expectations, the executive committee decided not to change the law which prohibits a horse’s name, attributed at birth, from being changed. That is unless it proves to be offensive in the host country. However, this doesn’t solve the question of the US, which embraces name changes – in direct contradiction of WAHO rules. A French proposal unequivocally allowed for name changes to be made, but on condition that a stud-book committee in the country of origin oversees this process.

Genetic manipulation. Granted the current abuses, and drawing on the examples of Argentina in the domain of English thoroughbreds, and extending to the polo scene, it has come to light that the genetic manipulation of gametes, embryos and even of fully mature horses (gene doping) is prevalent. Consequently, WAHO has passed a new law which prohibits all genetic modification and the usage of genetically modified gametes. Young equine stock falling foul of these rules won’t being assimilated to the stud book at birth, and all descendants from adult equine stock deemed to have been ‘modified’ will also be deregistered.

Embryo transfer. The problem of the number of embryo transfers per donor racemare has again been raised by several countries. Some have already placed a limit on the numbers or are trying to do so. Some studbooks have set a ceiling of five while others restrict this to three. The proposal of the French Studbook Commission was for the registration of one naturally-born foal from the donor mare and one conceived via embryonic transfer. However, the majority have no numerical limits – reasoning that it is impossible to monitor this level in view of the fact that no international data base mechanism for overseeing this is currently in place. French statistics reveal that the results are very poor once the three-barrier is passed. The rule that applies to the PA racing scene seems, until now, the only real bastion designed to combat excess.

The European Union (EU).  A great deal of attention was focused on European matters

at the 'registrars meeting'. Shortly before the General Assembly was in session, Germany

alerted members of the new EU rules which came into force on November 1st, 2018.  These place the onus on all studbooks outside the EU jurisdiction to register with the Commission. However, in order to gain access they will need to comply with a myriad of criteria. This will ensure that they will be offering the same guarantees as the EU studbooks, and that total reciprocity is achieved when it comes to the registration process of imported horses. This latest stipulation has its uses and, particularly, as occasional difficulties have arisen when it has come to the importing of horses for racing in the United Arab Emirates.

Meanwhile, the EU studbooks are, in theory, no longer authorised to register imports whose stud books aren’t listed. Subsequent contact with the relevant EU bodies has been made and, consequently, all WAHO members have been made aware of the modus operandi.

Consultancy. As a result of changes to the organisation’s constitution at the previous general assembly, new blood is being progressively introduced to the Executive Committee of WAHO. Consequently, two new consultants were ‘elected’ at the General Assembly  One is the Belgian breeder and endurance rider¸ Nathalie Weemels, who is about to change residence, having decided to leave Ecuador for the US. The other is the German photographer and stud owner Karsten Scherling. This should provide for more balance in terms of age and geographical location.

Selectivity. Some productive discussions took place within the confines of the congress, and above all in the domain of the history of the Purebred Arabian in Australia. Some very revealing photography shows yet again that the Arabian horses of a century ago, and even those resident in what are considered the best private studs nowadays, were as a general rule very different from those on display in today’s 'Arabian shows'…We have also become more aware of the ‘selectivity process’ which has gone into producing diverse types which we readily associate with Arabian shows, PA racing and endurance racing. An English expert in the modern breeding techniques of the breed has researched the matter and she has, as a result, taken an animal welfare stance, reasoning that these methods can prove to be very painful for the broodmares.

Jordan. The General Assembly drew to a close with the announcement that Jordan will take up the baton as the host for this event in 2021. Princess Haya can be relied to provide a welcome which is at the same time: simple, tasteful, tactful and a very warm one. Before then, the executive committee will hold its next annual conference at Ispahan. It hasn’t been possible to add Iran to the list of host venues because delegates aren’t able to use their foreign bank cards." 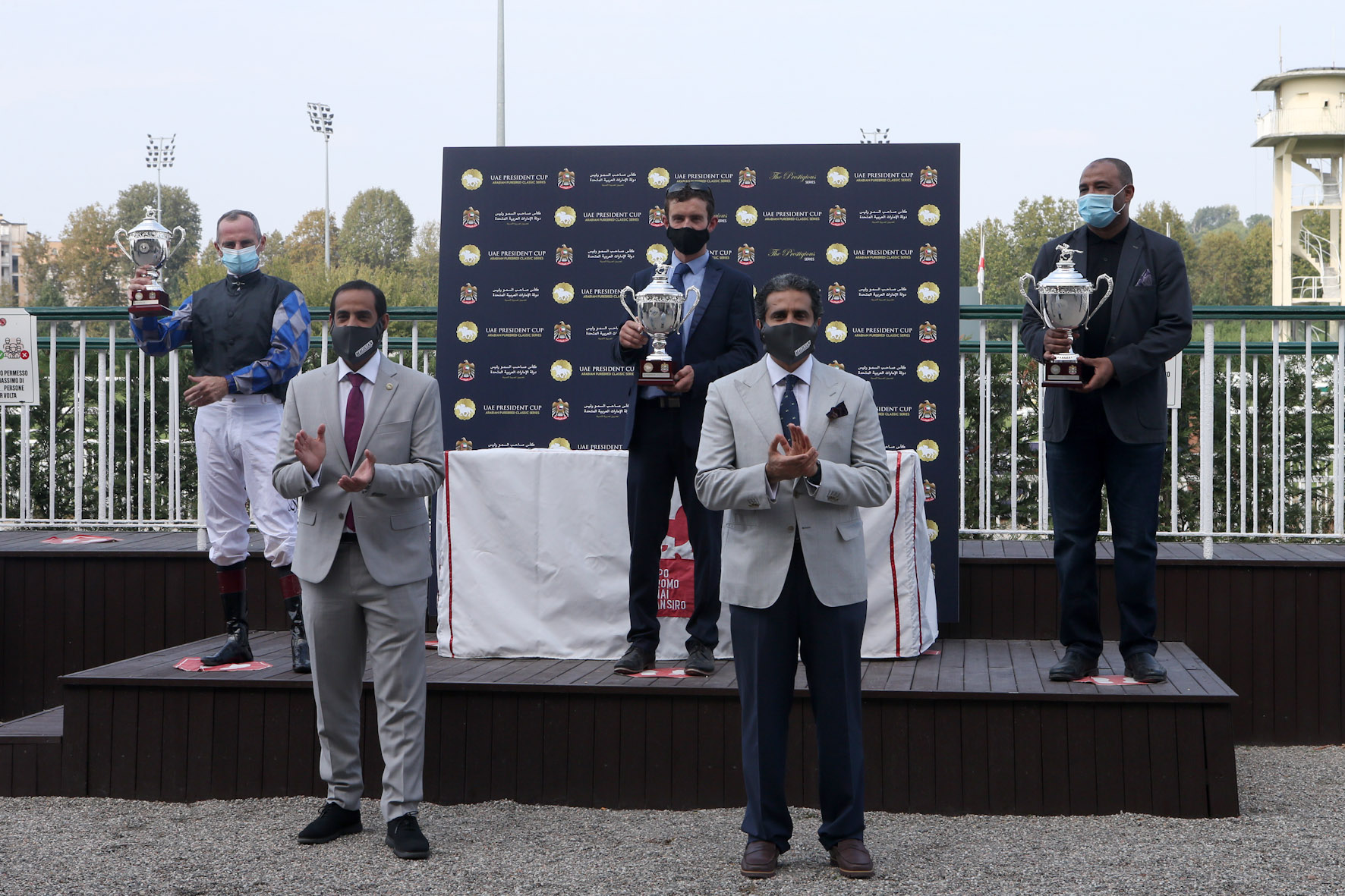