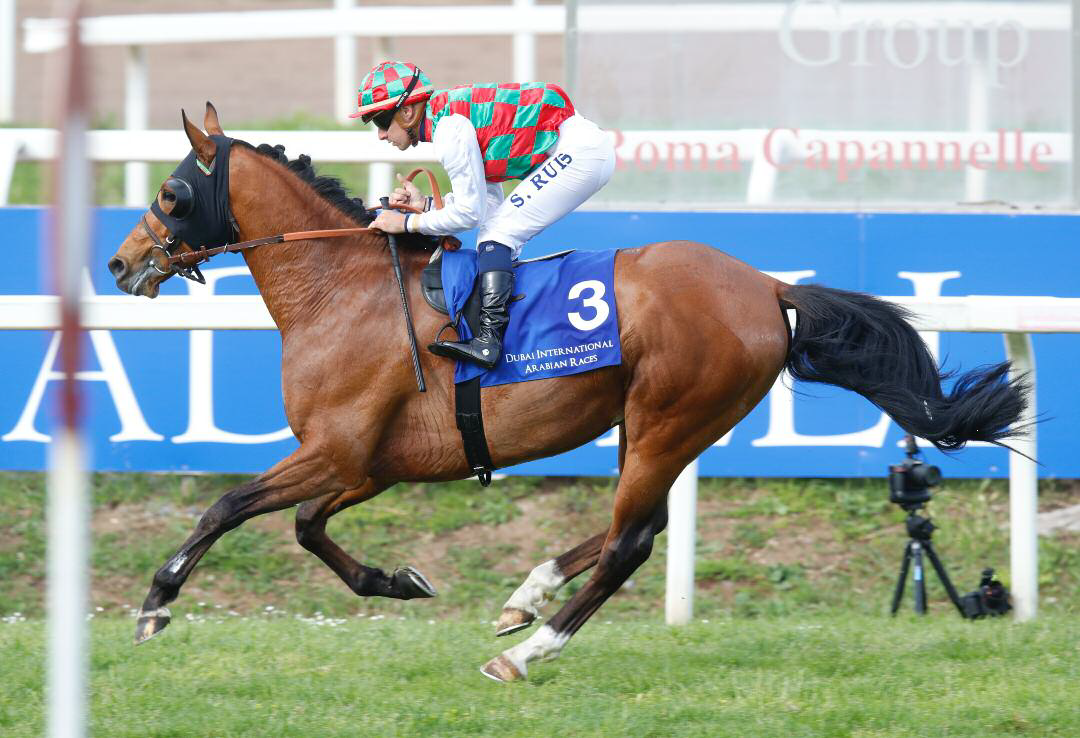 Fourth at Gr3 PA level in France, Kanaan (Sarrab) went on his travels at the end of last year in order to gain black type. After arriving at Casablanca in November 2018, he subsequently proved victorious in the Grand Prix de S.A.R. le Prince Moulay Rachid (L PA). This enabled Didier Guillemin to break the ice in Morocco with his very first runner. His Highness Sheikh Mansoor Bin Zayed Al Nahyan runner was also sent by his Mont-de-Marsan handler to Rome where the horse also won at the first time of asking. Ridden by Sylvain Ruis, Kanaan outclassed the opposition, with the four-year-old scoring a second Listed success after taking the Premio Dubai International Arabian Races 2019 (L PA) by over six lengths. A race in which he left the opposition standing. Trained by Philip Collington, the five-year-old Mashhur Al Khalediah (Jalnar Al Khalidiah) was second. The latter was third in the Prix Dormane (Gr3 PA) last year before finishing eighth in the Qatar Derby des Pur-sang Arabes de 4ans (Gr1 PA).

Looking to go up in grade. Even allowing for the fact that the standard of competition in Italy is of a lower level compared to France, the winner showed a touch of class which allows him to entertain loftier ambitions.  Thierry Delègue, the racing manager of the winning owner, said: "I think we will be now be heading to Chantilly for the Qatar Derby des Pur-sang Arabes de 4ans (Gr1 PA). We wanted to find out how much he had improved during the winter. We are very pleased by what we saw. He showed a really impressive turn of foot, and it should be noted above all that he beat older horses. We are also thinking in terms of

The Dubai Day card for him. However, if we are solely intent on restricting him to the four-year-old age group then the Derby Anglais des Pur-sang Arabes would be another option." Kanaan is the brother of Gr 1 PA winners, Mabrooka (Mahabb) and Joudh (Mahabb), and both represented the same owner-trainer combination.

Sylvain Ruis at the double. The Rome racecard on April 28th showcased two classics for English thoroughbreds in the form of the local versions of the 1,000 and 2,000 Guineas. It also proved the starting point for the Dubai International Arabian Races. These are races for Purebred Arabians run throughout the European circuit and which act as qualifiers for the Newbury ‘finals’ in July. The Premio Dubai International Arabian Races 2019 (L PA)

apart, the Rome racecard also featured two other PA races. The Premio Taajer-UAE Embassy, a conditions race over 2,000m, gave rise to a French win in the form of Bayan (Munjiz) after she scored a narrow win over Jadeeda (Njewman) from the Damien de Watrigant stable. The Sheikh Mansoor Bin Zayed Al Nahyan runner and favourite set out to make all the running. The two French raiders became embroiled in a protracted struggle in the straight but the protégée of Frédéric Sanchez hung-on and this ushered in a double for Sylvain Ruis. In 2018, Bayan was second in the Qatar Arabian Trophy des Pouliches (Gr1 PA). Thierry Delègue said of the winner: "We would like to send the filly to Newbury. The circuit that forms the Dubai International Arabian Races is a remarkable one. We made the Italian trip with just two horses. They will now be heading to La Teste-de-Buch ‘leg’ of the series where we will certainly have two or three runners. This is, of course, with a view to contesting the Newbury finals." Af Albahar (Amer), the Haras de Thouars sire, was responsible for the winner of the third PA race on the Rome Sunday card. The Italian bred and trained Avez de Pine (Af Albahar) took the Premio Shadwell Arabian Stallions. A race in which he accounted for the French-bred Dagui Lotois (Dahess) by just under two lengths. 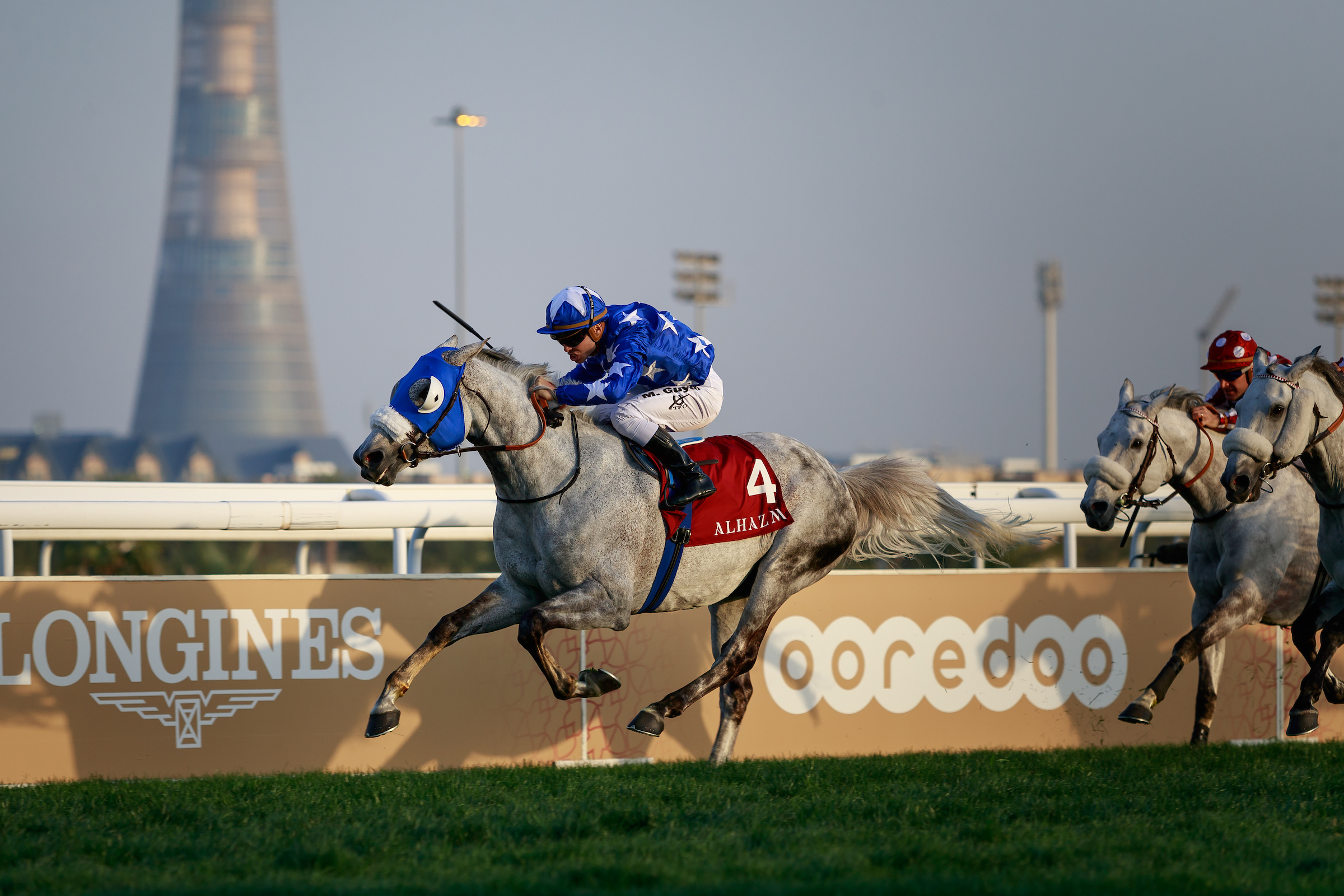