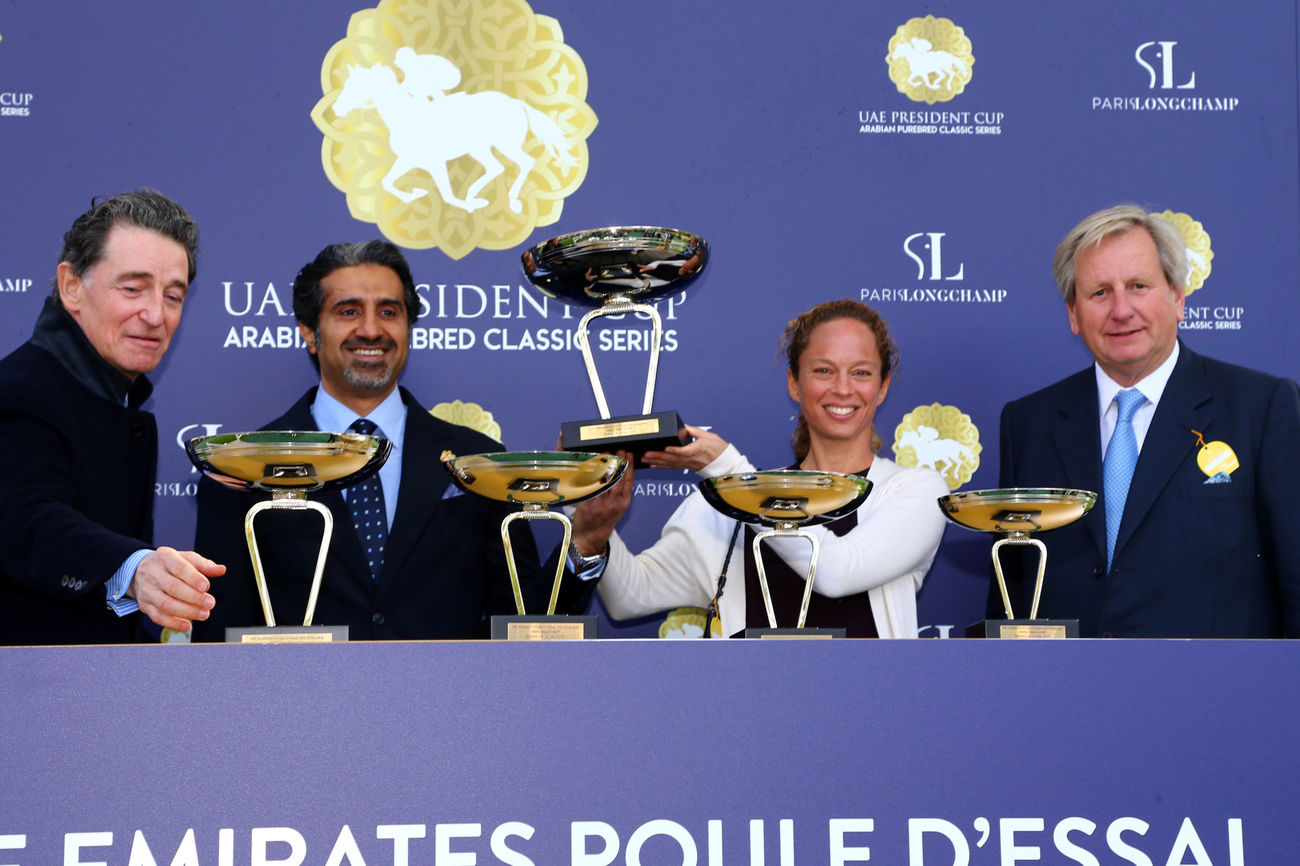 Faisal Al Rahmani: "This partnership is destined to continue in the long term"

The Emirates Poule d'Essai des Poulains and Poule d’Essai des Pouliches (French Guineas) were run at ParisLongchamp on May 12th. Since 2017, the two classics have been sponsored by the United Arab Emirates (UAE): a partnership which has since been extended to 2024. Faisal Al Rahmani, the representative of the Abu Dhabi Sports Council, has elaborated on the importance of the links which bind his country to France.

The French Purebred Arabian. – Can you explain the importance of racing in the UAE?

Faisal Al Rahmani. – His Highness Sheikh Mansoor Bin Zayed Al Nahyan is carrying on the work undertaken his father, His Highness Sheikh Zayed Bin Sultan Al Nahyan, the founder of the UAE, in the domain of Purebred Arabians. Throughout the course of our history, we’ve always enjoyed a good relationship with the other Gulf States. Racing and horses are part of our common heritage. In the context of the UAE, racing started in earnest during the 1990s.

Why prompted your association with the two French classics?

France is very important and dear to Sheikh Mansoor. It’s in this country that he has established one of his main studs [editors' note: a significant number of his Purebred Arabians are bred at his Normandy stud, the Haras de Clairfeuille - Wathba Stud Farm]. French Purebred Arabian (PA) bloodlines have been very influential throughout the world. The French tradition is an exemplary one for all PA breeders and owners. France is the country which stages the most number of races for the breed, and is home to the best studs [the French Guineas Meeting on Sunday also comprised a Gr1 PA race in the form of The President of the UAE Cup - Coupe d'Europe des Chevaux Arabes]. Many Emiratis breed their horses there as it is in this country where numerous high class PA horses, and champions even, have been born. Our objectives are largely tailored to France where there is a market and a racing programme for the breed. This has prompted us to seek a further extension of our commitments. The Poule d'Essai des Poulains and Poule d’Essai des Pouliches are races which resonate with Sheikh Mansoor, as they form part of the world’s top races. This card also acts as a launch pad to the season’s top French events.  This wholly meets with our standards. Throughout the course of the last century your breeding industry has proved that is among the very best. The support of France Galop is also very important for the UAE. This partnership is therefore destined to continue on a long term basis. This is something which is largely self-evident.

Is this something which is destined to develop?

Sheikh Mansoor has lent his support to over 160 races in the UAE. At a global level, he sponsors races at over 80 different tracks. I’m the head of IFAHR – [International Federation of Arabian Horse Racing Authorities – and it’s great to be able to count on such support. Sheikh Mansoor already plays a pivotal role in PA racing, but his passion transcends to racing in general and it’s an honour to be able to work with him. He wishes to develop racing by supporting it. Regarding 2019, 21 French races enter this category with total support amounting to 180 flat races. This partnership is also a gesture of good will and one of entente vis-à-vis France: a nation which we have held long-standing political and economic ties, and which extends to the sporting and educational domains.

Sheikh Mansoor Bin Zayed Al Nahyan, our Prime Minister, owns over 600 hectares of land in France, and his breeding operation there is 28 years old. He has also stands some top stallions,

as denoted by the example of Munjiz (Kesberoy), in France. He has also topped the French breeders and owners’ lists on numerous occasions. This partnership is our way of thanking France for all that. Sheikh Mansoor is really passionate about the sport and is equally attentive to the outcome of Gr1 races and minor races alike. Mindful of what His Highness The Aga Khan once said, it should be reiterated that those that form part of the elite of world racing would be nowhere without the foundations that underpin the whole edifice or the very base of the pyramid. That is why we invest at all levels throughout the world. 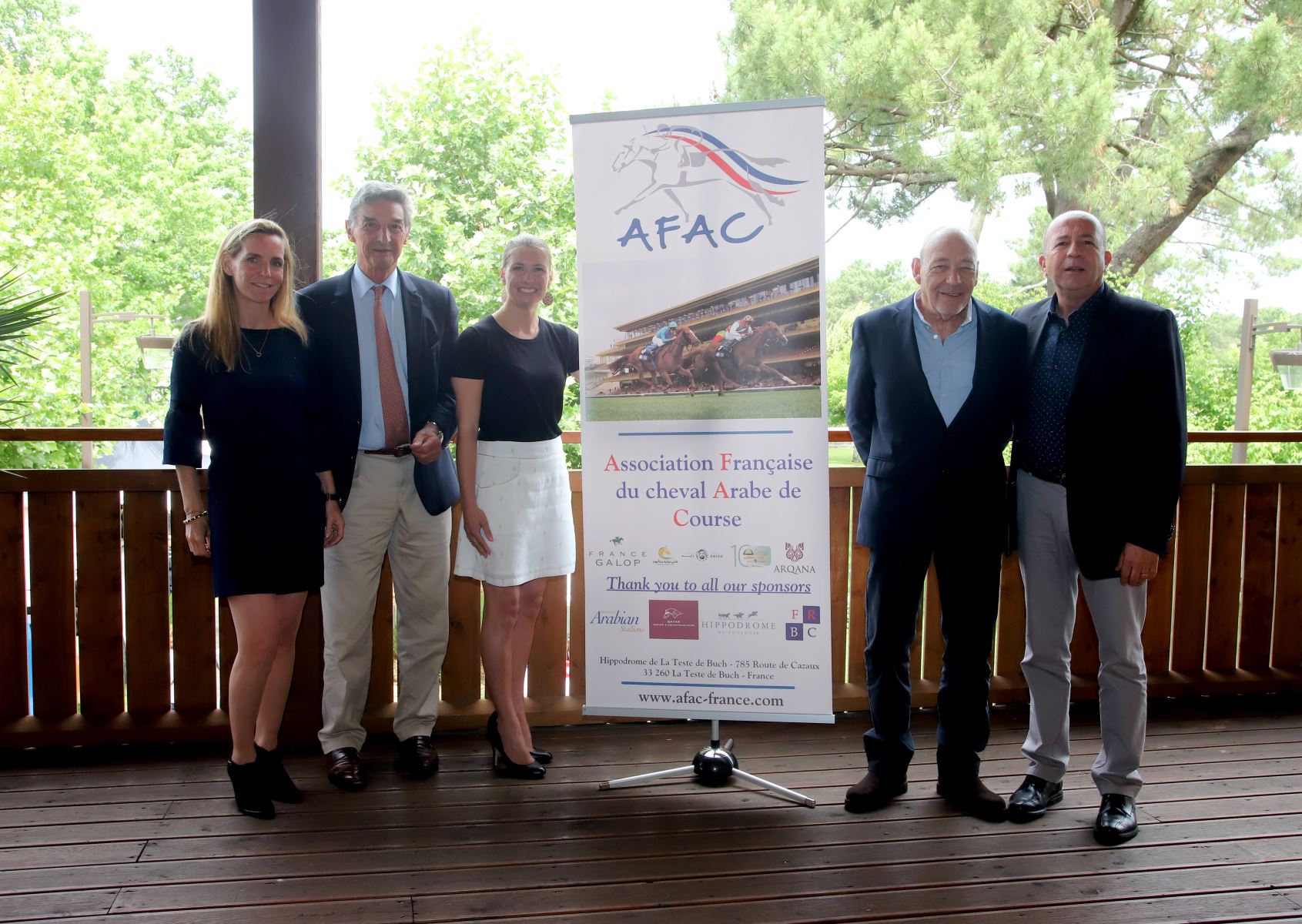