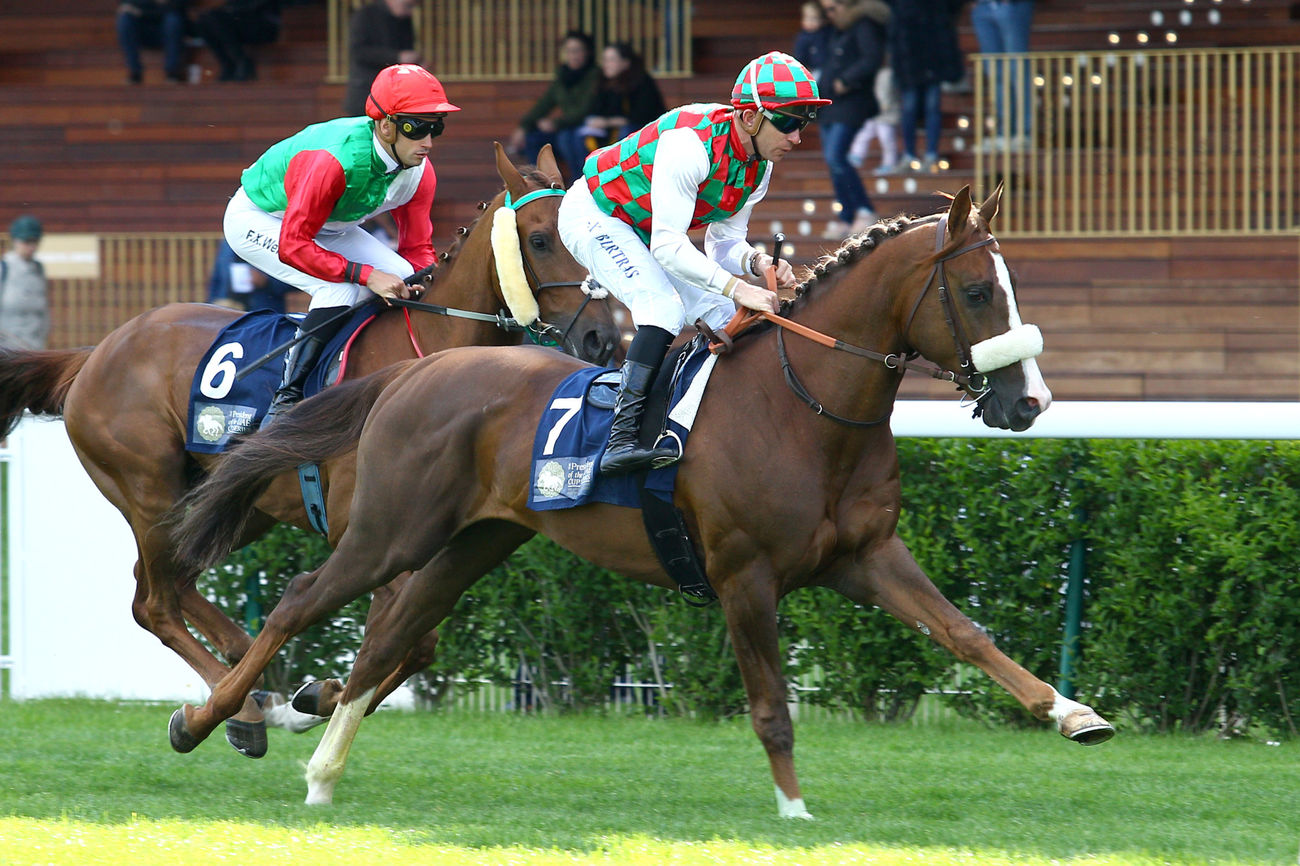 It was a case of three now in the bag! Taymour (Mahabb) underscored this by landing his third Group PA career success after scoring an easy win on his seasonal debut in the Prix Damas

(Gr3 PA). The Antoine de Watrigant runner, racing in the colours of Yas Horse Racing, was returning to a track where he had opened his account last season before his rise up the ranks. The horse has always been held in very high regard by his connections. He also proved his physical well-being against at a time when his stable has been affected by equine rhinopneumonitis.

A return which bodes well.  Ahzar (Munjiz) soon made a beeline for the lead and he was tracked by Badi Al Cham (Azadi), whereas the future winner was held up in mid-division. In the straight, Taymour surged into the lead in the middle of the track and, after taking the measure of his rivals, he had only to be ridden out hands and heels. He won by three lengths. The front running Ahzar managed to stave off the strong finishing Amjiz de Piboul (Munjiz) for second, with the

latter rallying from the back of the pack. Thierry Delègue, the Yas Horse Racing manager, said:

"He is, of course, a horse which we hold in high esteem. We wanted to know where we stood with him as he has had a fairly interrupted preparation on account of the equine rhinopneumonitis

problems which have affected the stable of his trainer Antoine de Watrigant. We hadn’t done very much with him at home and the aim was to see where he was fitness wise. We are obviously very satisfied as he seems to be in top form. The idea was to get him to relax from off the pace. He had a dream run through going to the final 200m, and this wasn’t necessarily his optimum trip. It’s an encouraging pointer for the future. We will need to see how he recovers. The objective was just to get a race into him. We didn’t want to ask too much of him as it isn’t impossible that he could tackle The President of the UAE Cup - Coupe d'Europe des Chevaux Arabes (Gr1 PA) at ParisLongchamp on Sunday. Of course, there is a short turnaround between the races and the aim  is to find out whether he makes a satisfactory recovery. We hope this is the case."

The brother of Mushrae. Djezika (Dormane), the dam of Taymour, won the Prix d'Abu Dhabi at Deauville. However, she owes her reputation, above all, to the fact that she is the mother of

Mushrae (Munjiz), the winner of the 2013 edition of the Qatar Arabian World Cup (Gr1 PA). The latter was trained by Jean-Pierre Totain and carried the colours of His Highness Sheikh Mansoor Bin Zayed Al Nahyan. She has also produced Nahee (Chéri Bibi), the QREC Arabian Derby (Gr1 PA) victor, and Awam (Munjiz). The latter won three races in France before his export to the United Arab Emirates where he was third in the Al Maktoum Challenge Round II (Gr1 PA). Cherifa (Chéri Bibi), the grandam, boasts a rich heritage as this is the line of the high class Djebbel (Djelfor). Managhi (Saint Laurent), the great grandam, is a full sister to champion sire Manganate. 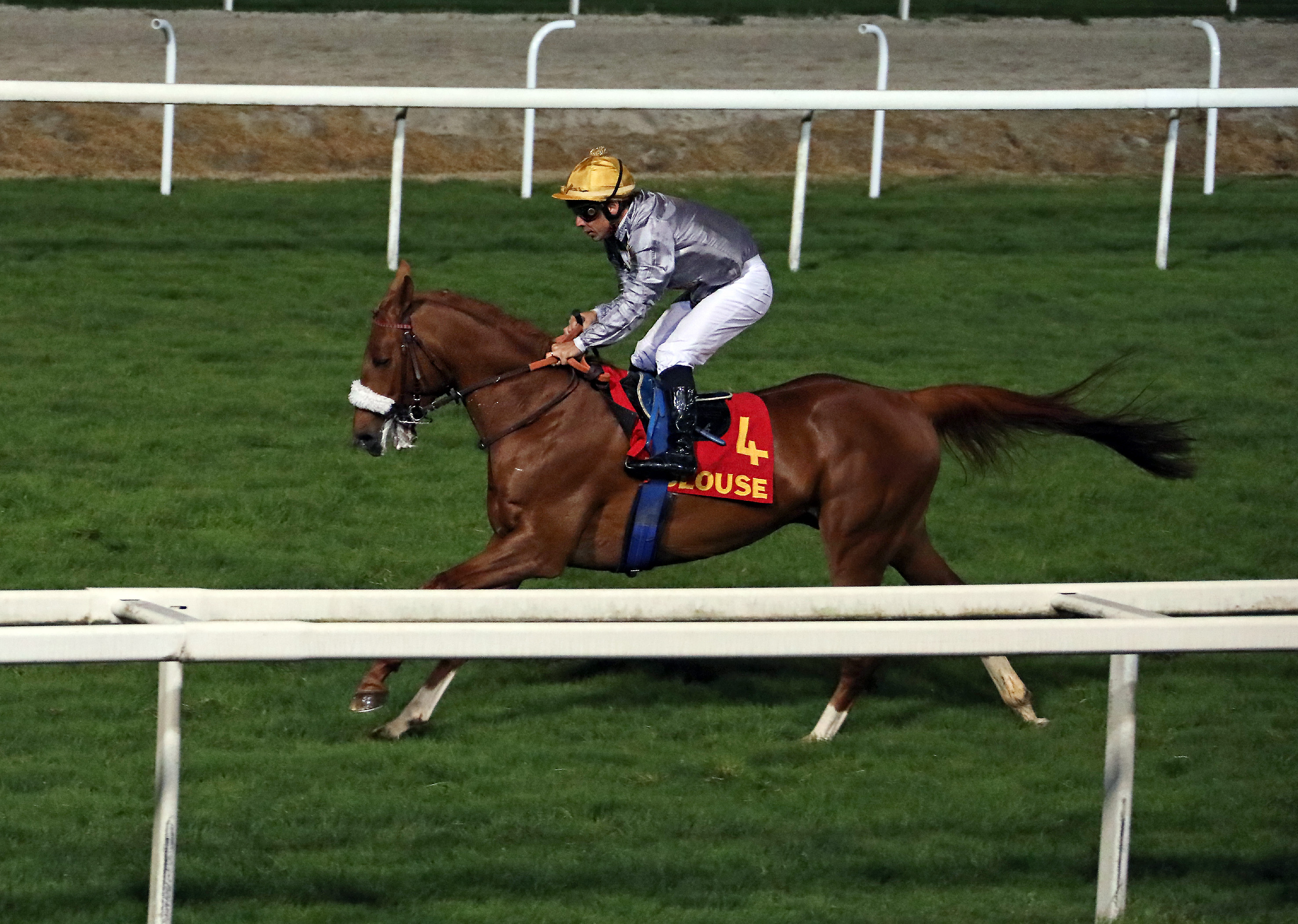