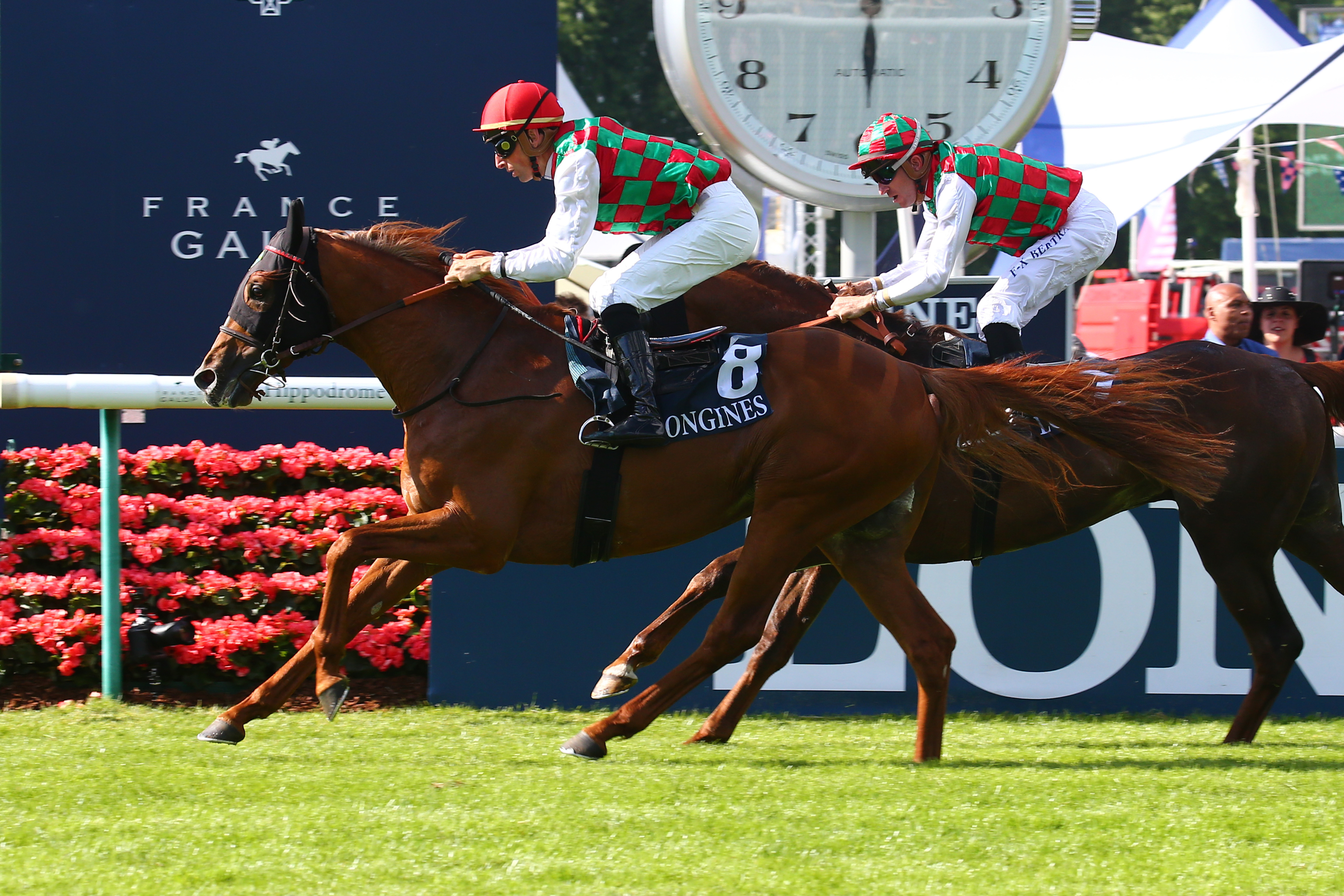 Very highly regarded if somewhat difficult, Hayyan (Munjiz) made his mark in the French Arabian Breeders' Challenge – Poulains? (Gr2 PA, 1.600m) at the backend of last season in Toulouse.  After coming up short on his seasonal debut (fifth in the Prix Dormane), he showed his true colours by winning the big race of his generation, the Qatar Derby des Pur-Sang Arabe de 4ans (Gr1 PA). No PA horse had clocked a faster time in this event since Mushrae (Munjiz) in 2013.

A cut above the rest. In a race in which Ibn Gadir (Mared Al Sahra) set a good clip, Hayyan bided his time in the second-half of the field. Going to the final 500m, the future winner was sitting with a double handful. Just when the favourite. Deryan (Mahabb), looked to be heading for victory, Ioritz Mendizabal asked Hayyan for his effort. A brief struggle ensued, but the Frédéric Sanchez runner proved to be a cut above the rest, and the outcome was already sealed 100m from the wire. Hayyan landed his first Gr1 PA success after outpointing Deryan by half a length. Kanaan (Sarrab) was three lengths further adrift in third.

Ideal conditions. Thierry Delègue, the racing manager of Yas Horse Racing Management, the stable responsible for the first three home said: « I’m not going to hide the fact that Deryan was our number one hope. However, we’ve always held Hayyan in very high regard. He’s a horse of delicate disposition which explains the use of the hood. He also has a lot of raw speed. The main difficulty with him is getting him to relax. However, granted the presence of a pacemaker, and that a true run race materialised, the conditions were to prove ideal for him. The colt managed to relax which wasn’t the case on his prior outing at La Teste [de Buch] when the pace wasn’t taxing enough for him. On this occasion, he managed to get a breather before unleashing his turn of foot which is a pretty impressive one. He has even been known to leave Anglo-Arabian horses rooted to the spot in the mornings. We weren’t sure that he had the required stamina to stay beyond 1.600m, but he proved that he had the ability to do this, and in a race run at a good gallop, which is another plus for him. His jockey even had to take ‘a pull’ going to the final 350m, as he was travelling with any amount in hand. Our two other runners, Deryan and Kanann, both ran well. We will mull matters over before deciding where they go next. In any case, we have a great crop of four-year-olds which reflects the exceptional quality of our breeding operation. We couldn’t have hoped for a better result. You must take great care not to ask too much of these horses too soon, but we had staked a lot on the outcome of this Gr PA 1 race. The season is a long one for these horses whose future is very much ahead of them. »

A tricky customer.  Ioritz Mendizabal was clearly satisfied and reassured by the stamina shown by his mount and he said: « Going to the final 350m, we were travelling too easily and I had to restrain the horse - as if to tell him « take your time mate.». Over 1.600 metres, he’s a genuine Gr1 class horse and that’s why I was worried about today’s trip. The horse put those worries to bed. His trainer has done a great job with him. I was able to ride him in a workout a week before. He isn’t an easy ride in the mornings. That explains why he races with ear plugs and in a hood, which enables him to remain cocooned in his own world. He’s a sweet natured horse but with a tendency, occasionally, to become headstrong. The fact that I was able to ride him in the morning enabled me to be aware of this trait. »

Frédéric Sanchez claims his first Gr1 success. Both Hayyan and his trainer, Frédéric Sanchez, were tasting a first win at Gr1 PA level. The handler said: « The relationship with Ioritz [Mendizabal] has been based on trust for a number of years. He is a savvy horseman and the purpose of his visit was to make some minor last minute adjustments. Everything went like a dream although the horse pulled a bit. His sibling, Bandar (Munjiz), was third in this race last year before transferring to Dubai. Hayyan is the classier of the pair. This particular family remain on our radar. Dahwa (Tidjani), the dam of Hayyan, has given birth to four foals and the quality of her stock has been rising. It’s a good feeling. It’s great to be able to have the backing of a very big owner and his support team which revolves around racing managers such as Thierry Delegue, without forgetting Khalid Debana who made the trip from Abu Dhabi. It’s great. »

No excuses. Thomas Fourcy, the trainer of the fourth-placed Shalaa (Dahess), opined: « The horse acquitted himself well. Granted the particular circumstances, and the problems he suffered on leaving the gates, he had to make his effort from the back of the field. He had a good run. He ran on towards the finish which enabled him to pass Marid. He was third last year at Saint-Cloud when he finished upsides Deryan, but the conditions then were different. We had a truly run race today and the tempo was a proper one. The horse proved that he was well equipped for the job after trying to match strides with those in front of him when they made their effort. There isn’t a lot more to be said. »

Breeding with a 100 per cent track record. Hayyan represents the same breeding cross, (Munjiz with Amidou Douzaia) as Bayan (Munjiz): the winner of the Qatar Prix de l'Élevage (Gr2 PA) at the beginning of the month. Their respective dams are in fact full sisters. Dahwa (Tidjani), the dam of Hayyan, annexed the Prix de l’élevage (Gr2 PA). Thabit (Munjiz), her first foal, won the Coupe du Sud-Ouest des pur-sang arabes (Gr3 PA). Bandar (Munjiz), the mare’s second product, won the Grand Prix de Sa Majesté le Roi Mohammed VI (Gr3 PA). Revelling in the role of the third foal, Najah (Munjiz), captured both the Prix Nefta (Gr2 PA) and the French Arabian Breeders' Challenge-Pouliches (Gr2 PA). Najah was also third in the the Qatar Arabian Trophy des Pouliches (Gr1 PA). Granted that Hayyan was the mare’s fourth foal, it can be said that the fusion of the two breeding lines in question has been 100 per cent successful!

Amidou Douzaia (Chéri Bibi), the grandam, is either directly or indirectly responsible for over ten performers which have gained black type. Salaamah (Njewman), her standout performer, annexed the Emirates Equestrian Federation Stakes (Gr2 PA) at Newbury; Aliaa (Djelfor) proved to be the dam of Abhaar (Al Nasr): The Emirates Championship (Gr1 PA) winner: Aryaan (Kesberoy), another of her daughters, also proved her prowess in the breeding shed by generating Naseem (Mahabb): successful in the Al Maktoum Challenge R1 (Gr1 PA) and President Cup (Gr1 PA)… The great grandam was responsible for producing Tessadite (Tidjani): third in the President of The UAE Challenge Derby at Newmarket. 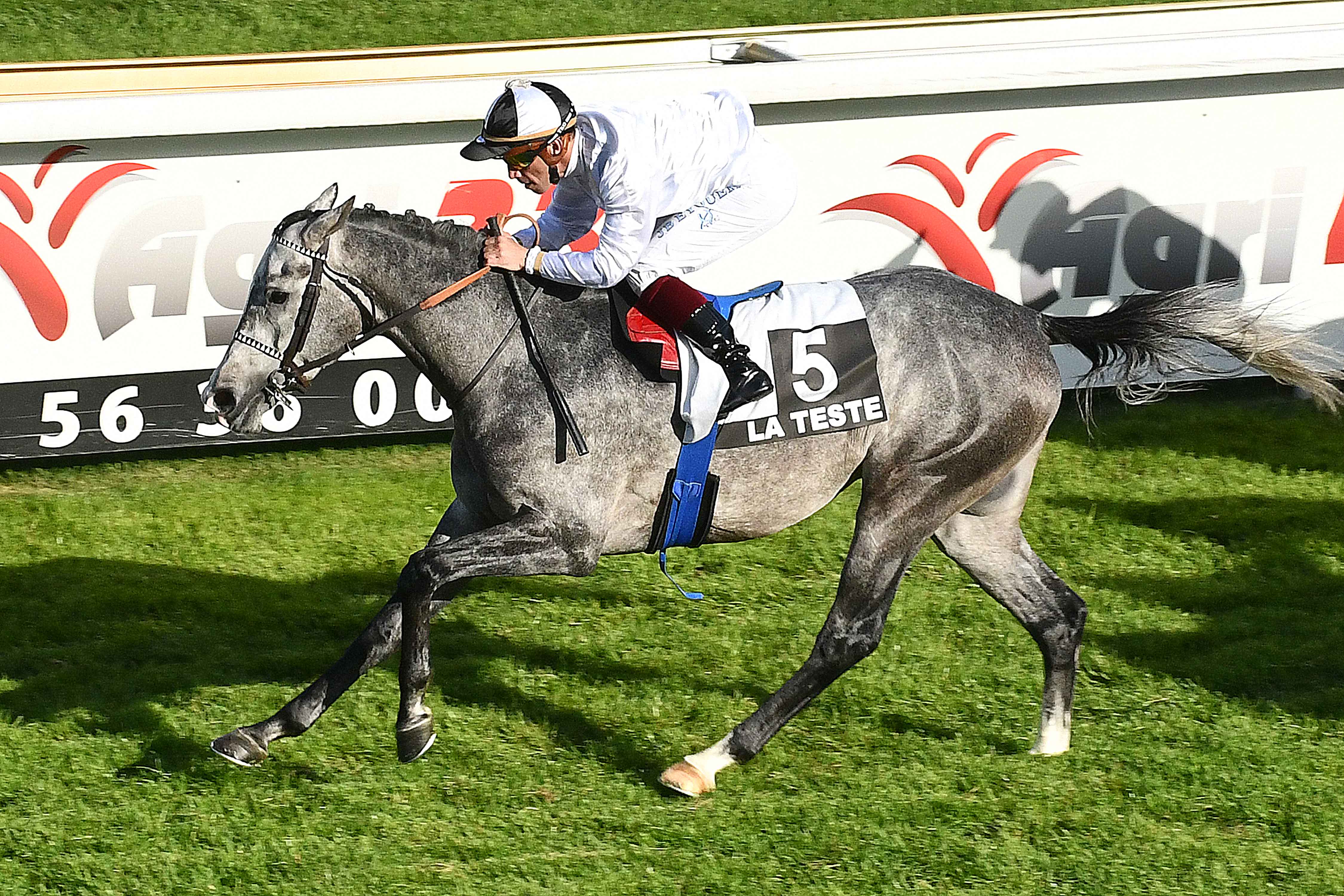 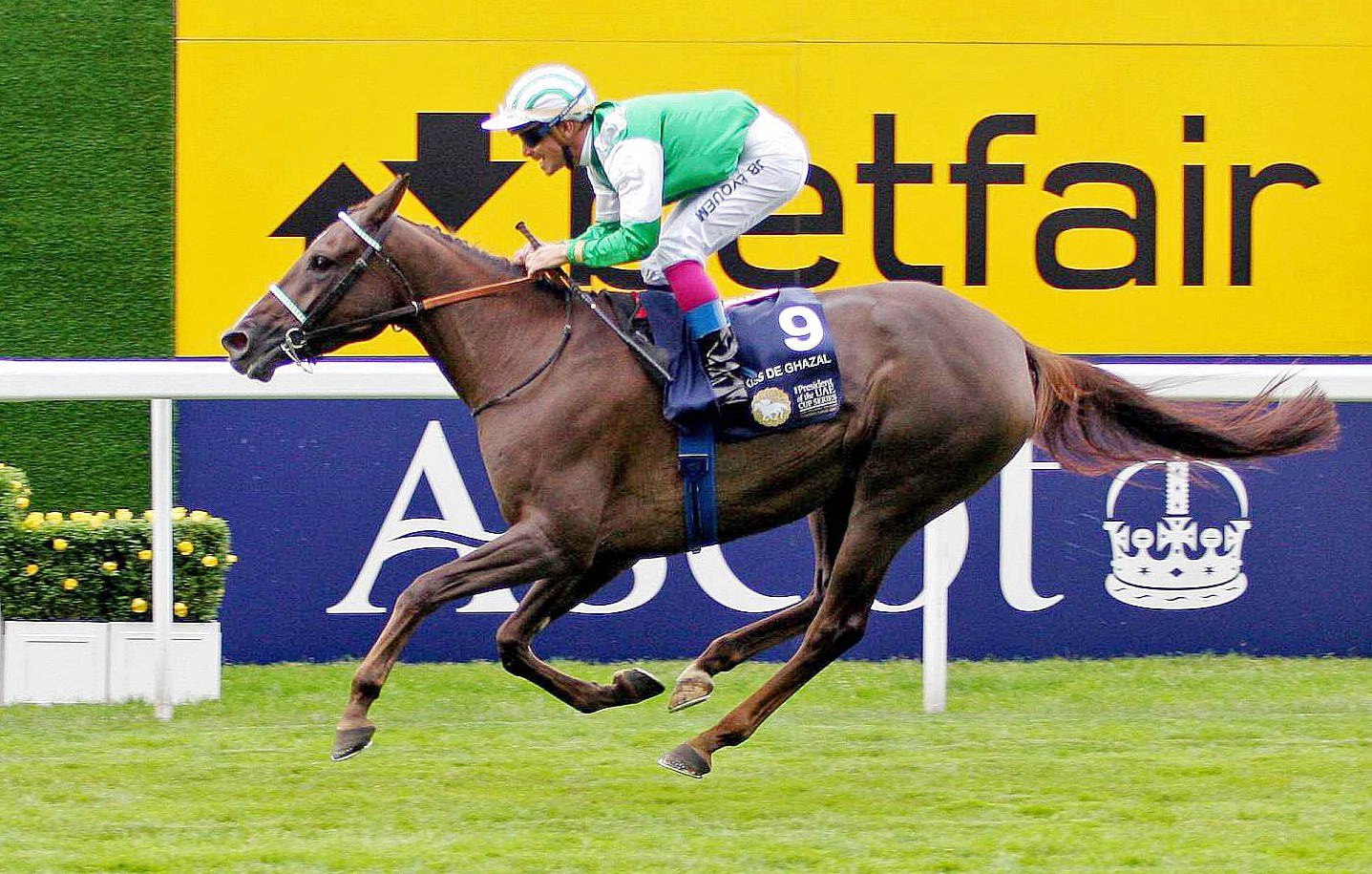