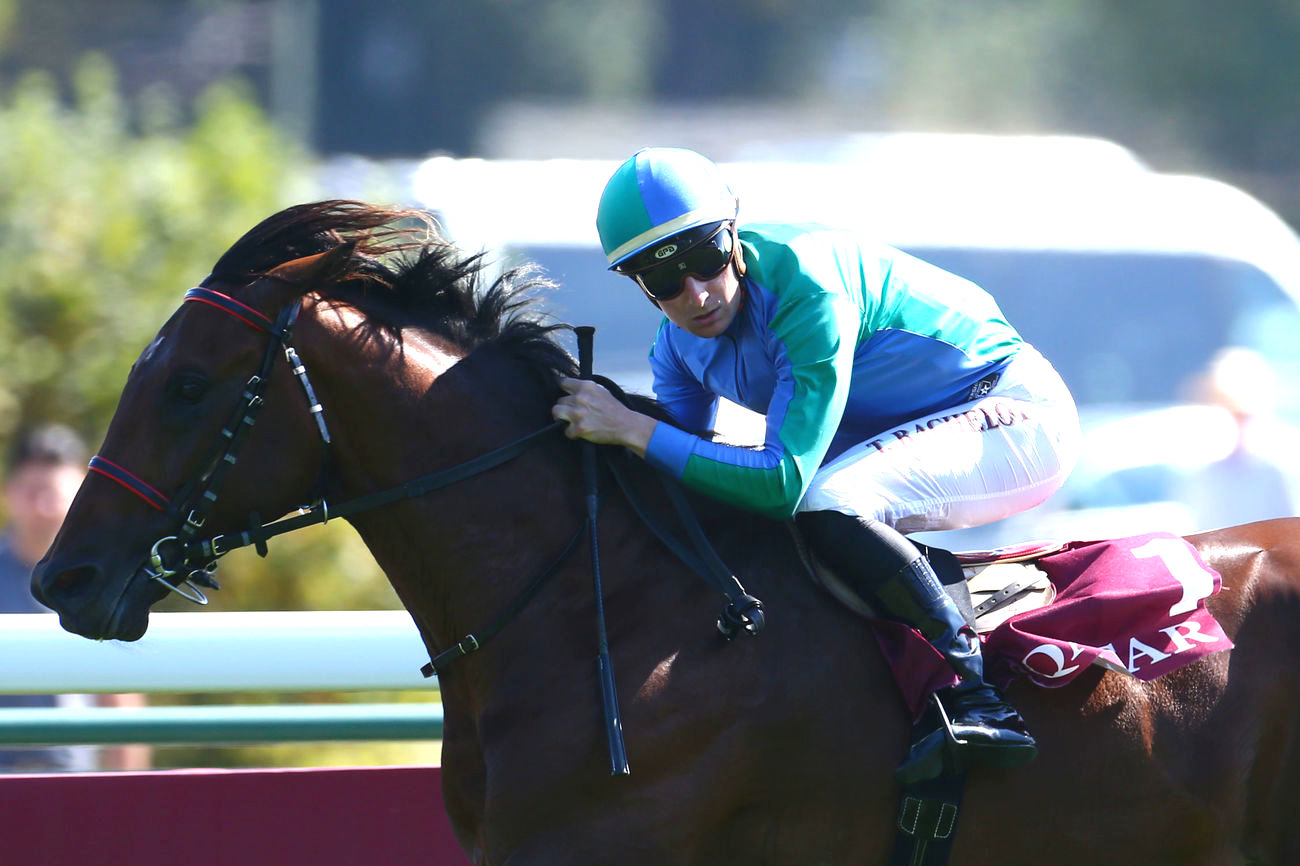 Having opened his Gr1 PA account on the Normandy coast during the summer, Akoya (Muqatil Al Khalidiah) marked his first visit to ParisLongchamp with an authoritative follow up success in the Qatar Cup - Prix Dragon (Gr1 PA) on Sunday, September 15. Having been very positively ridden after stalking the pace on his prior start, Akoya again went on the offensive by making the running. Very free on her way to post, Al Shamoos (No Risk Al Maury) subsequently kept the pacesetter in her sights, with Christophe Soumillon intent on harnessing his mount’s energy. General Lady (General), the Polish raider, brought up the rear in a field which had alas been reduced to a mere three runners. Théo Bachelot kicked on aboard Akoya on leaving the final bend, whereas Al Shamoos delayed her challenge until the final 300m. However, her efforts to reel-in the leader came to nothing. In fact, they were to prove in vain as Akoya showed no signs of weakening. On the contrary, the Karin van den Bos runner picked up again close home and nailed the win by a length and a half. Shamoos was second. General Lady was over four lengths further away in third.

VAN DEN BOS DUO ARE EARMARKED FOR THE BIG OCCASION

Théo Bachelot, back on board Akoya after the combination’s Deauville win, said: « I let the horse get into a rhythm. The horse is blessed with early pace, with a stride to match, and he has good acceleration at the business end. He really impressed me on this occasion. He didn’t have a hard race and there is a three week gap to his next race. He was getting his first taste of ParisLongchamp and it’s quite something to have pulled it off in these conditions. » Karin van den Bos, the winning trainer, added: « Akoya is in tip-top shape and has come on a lot for his last race at Deauville on August 10th. He has even strengthened up. He hails from a family of late developers, and sturdy types in terms of physique, and was until recently still growing at the age of five. The horse is put out to grass for the whole day and is returned to his box at night. The mental aspect [with horses] is very important and particularly so with PA horses. » Regarding matters tactical she added: « I’m very disappointed that this race attracted only three runners. I would love to have taken on Gazwan (Amer). Akoya is capable of making the running but he is tactically very versatile and can shine no matter how a race is run. I dream of winning the Qatar Arabian World Cup (Gr1 PA), but it’s not something which is easy to achieve as you can’t legislate for how events will pan on the big occasion. I’m also planning on running Lightning Bolt (Munjiz) in the big race in October. Akoya still has scope for further improvement before the big day, and he is exactly where I wanted him to be going into a prep race. »

Finishing second as the beaten favourite, Al Shamoos didn’t shown the same incisiveness in terms of her action as last season. Her trainer, Charles Gourdain, opined: « I don’t think that the mare is batting at the same level. She doesn’t appear to have the same mojo and gives the impression that she is less willing. She had a dream race and there are no excuses - granted that the mare was in good condition. Nevertheless, she was beaten by a very good horse and one coming off a win in a Gr1 [PA] one race at Deauville. We are naturally disappointed as the mare holds a special place in our affections. However, when it comes to five-year-old mares you never quite know what you’re going to get. Her rider said that when he called upon her for her effort, the response wasn’t all it should have been, and this wasn’t the case in the past. It’s not be excluded that she could be fitted in blinkers on her next start. She could tackle the Qatar Arabian World Cup before defending her title in the Jewel Crown at Abu Dhabi. She will probably be retired to the paddocks at the end of the year. She has done what she had to do. »

GENERAL LADY ISN’T SURE TO MAKE THE RETURN TRIP

Rafael Platek is the owner of the third, General Lady, and in perfect French, he said of the graduate of the Haras du Grand Courgeon: « She was a bit laboured on this occasion. We will perhaps be back in three weeks time as she will improve for the run. However, I haven’t yet decided. She will need to make another return trip but it’s possible. She has only been beaten once in Poland after completely missing the break. After the Qatar Arabian World Cup, she will perhaps be aimed at a big event at Bordeaux, as in Poland the only options open to her are races in the 2.600m to 2.800m range. »

OUT OF A SISTER TO ALIBABA DEL SOL 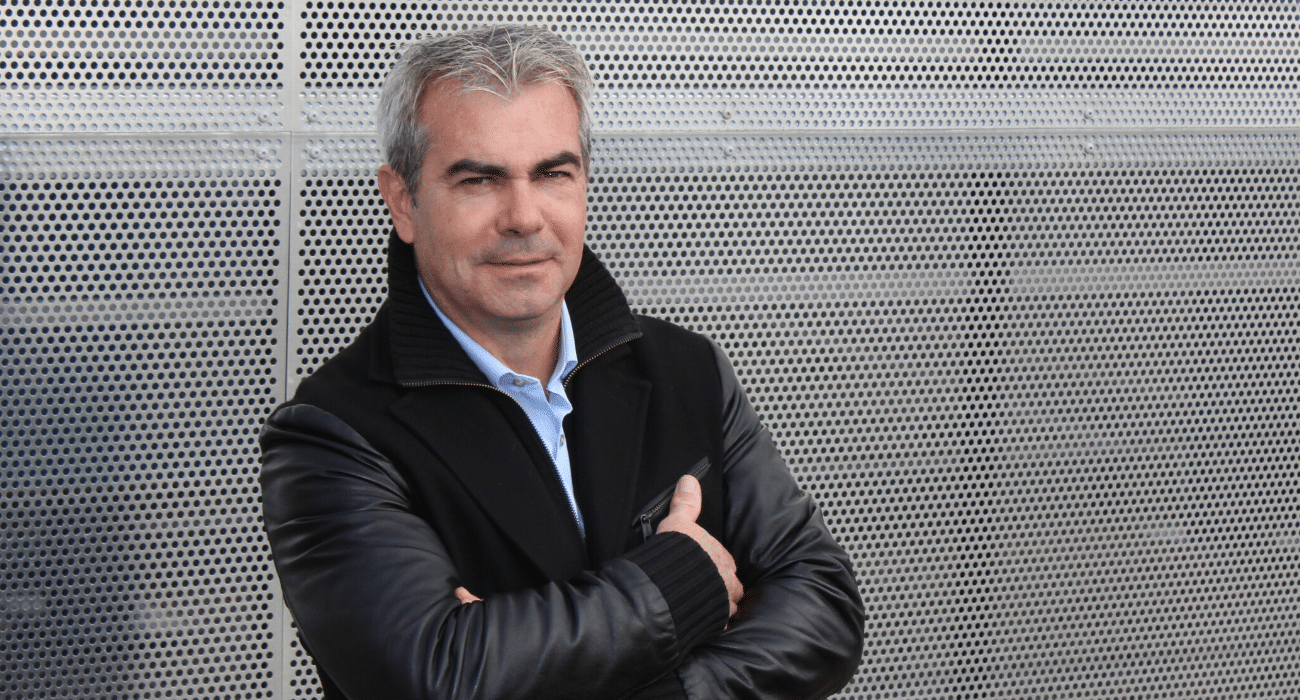 Libero Mazzone: "Horses have given me everything"

He has widely been making the headlines in the media. For Libero Mazzone has created an outlet which manufactures Covid-19 facemasks. A veritable jack of all trades, and the recipient of several... 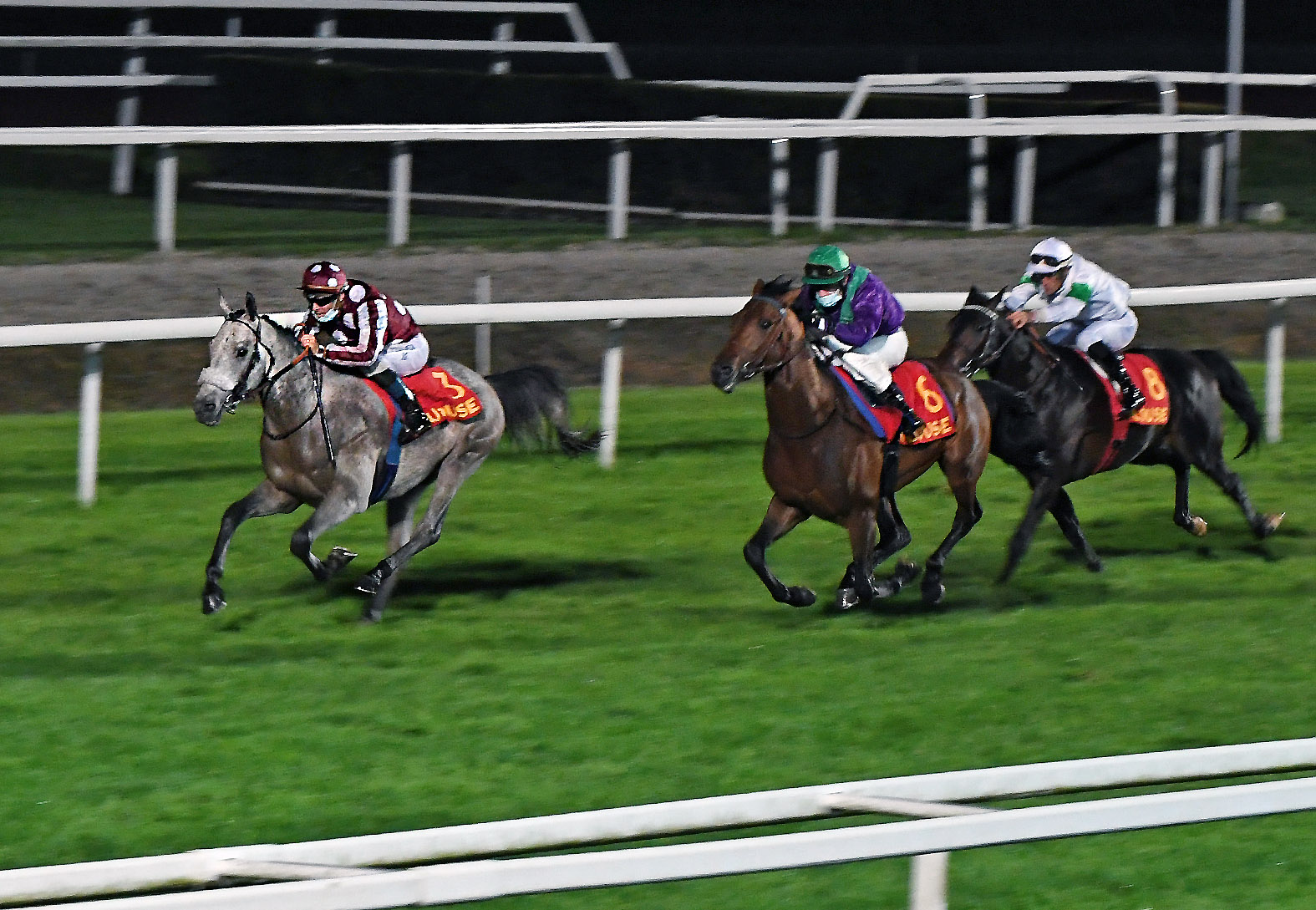