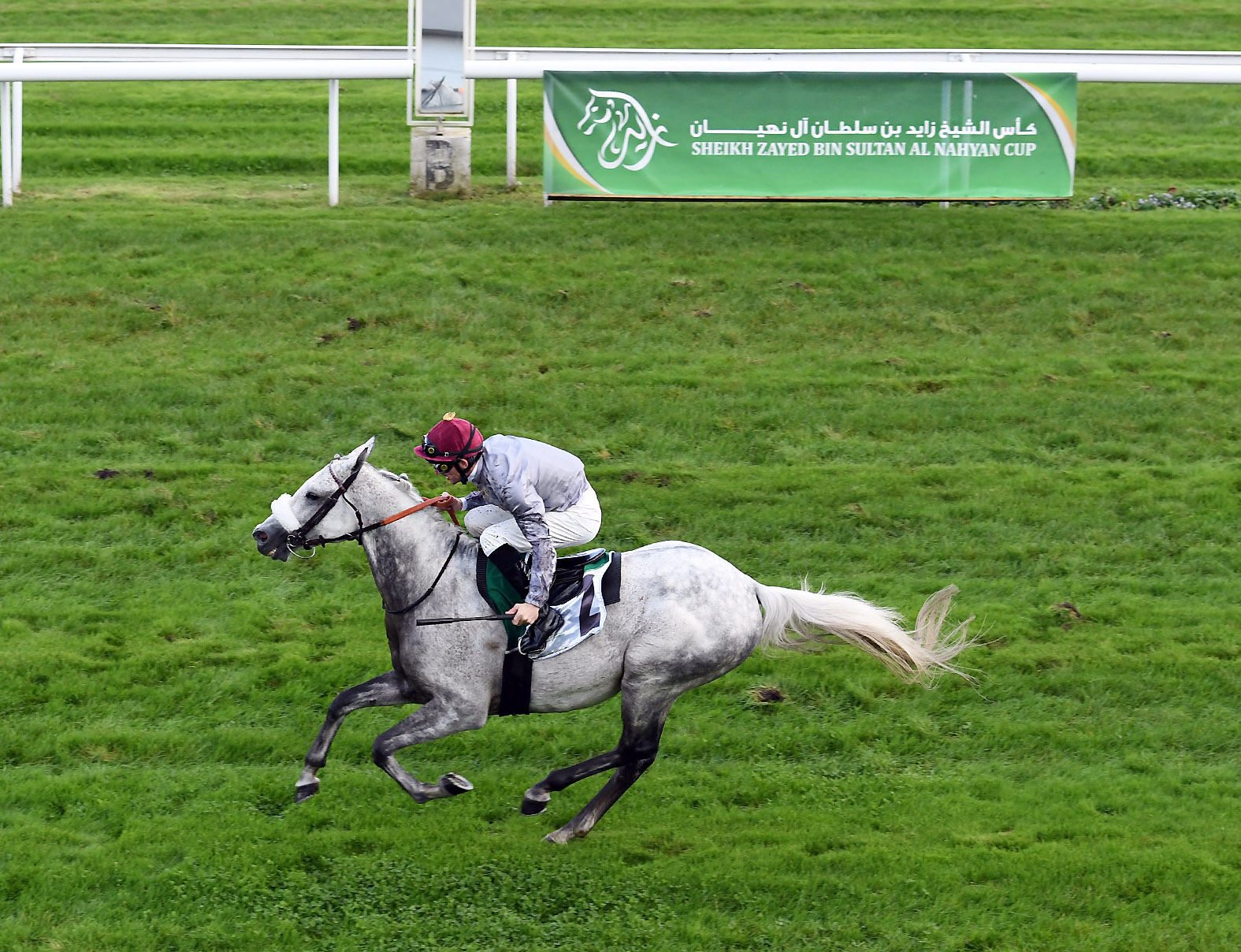 After annexing this race in 2016, the seven-year-old Khataab (Amer) again proved equal to the task as his class invariably told in the French Arabian Breeders' Challenge Classic - Sheikh Zayed Bin Sultan Al Nahyan (Gr1 PA). This race was run over 1,900m at Bordeaux-Le Bouscat this year, having been switched from Toulouse where the race distance was 2,200m. It marked a fourth consecutive success in the race for trainer Thomas Fourcy, and the handler also completed the forecast as a result of his other runner, Kair Al Cham (Dahess), finishing second.

Belqees (Mahabb) set the tempo and she was tracked on her outside by R'ezala (Nizam) whereas Rodess du Loup (Dahess), racing in blinkers, hugged the rail. Meanwhile, Khataab sat in last place after racing in the slipstream of Kair Al Cham. They raced in that order until the final bend, after which Khataab, having been called upon for his effort on hitting the straight, drew upsides the leaders in company with Kair Al Cham. A single flick of the whip brought about the desired effect, as the winner took the cue by lengthening clear. Kair Al Cham ran on to claim second at the main expense of the front running distaffer Belqees.

Cutting something of a beloved uncle figure and still at the top of his game. After his second in the Qatar Arabian World Cup (Gr1 PA) on the Arc de Triomphe card at ParisLongchamp, a position he also filled in 2018, Khataab appeared to be a cut above the rest. Although the emerging talents of the younger Kair Al Cham loomed as a potential threat. However, at the age of seven, Khataab, a talented performer but occasionally prone to health problems, showed that he was still at the top of his game – much to the delight of his trainer. He said: "He showed that he was in good form again today. His ability to quicken on such ground [editor's note: the 3.9 penetrometer reading denoted a very soft track] was proof positive that his enthusiasm for the game remains intact. His strengths are his calm temperament and his ability to adapt whatever the pace, but his capacity to quicken is an even greater strength. ‘Kair’ took him gradually into race and that helped him in the latter stages. The presence of Khataab in the field made his task that much harder and, without him in the field, he would have a Group 1 PA win in the bag. He’s a horse still on the up and, I reiterate, he is a late developer. We are steadily bringing him along and he should be among the better performers next year."

Out of a Prix Nefta winner.  Khataab was bred by Alban de Mieulle at the Haras du Grand Courgeon. The dam, Djelana (Al Sakbe), was trained by Jean-Pierre Totain for whom she won the Prix Nefta (Gr2 PA) at Toulouse. She was also placed in prestige events such as the Critérium des Pouliches (Gr2 PA). This makes Khataab a full brother to Djelamer (Amer) whose seven career climaxed with victory in the President of the UAE Cup (Gr3 PA) at Ostend.

Djema (Manganate), the grandam of Khataab, is a full sister to the very successful PA sire Djelfor (Manganate). This is heralded line of the Lafond-Puyau breeding academy which is responsible for 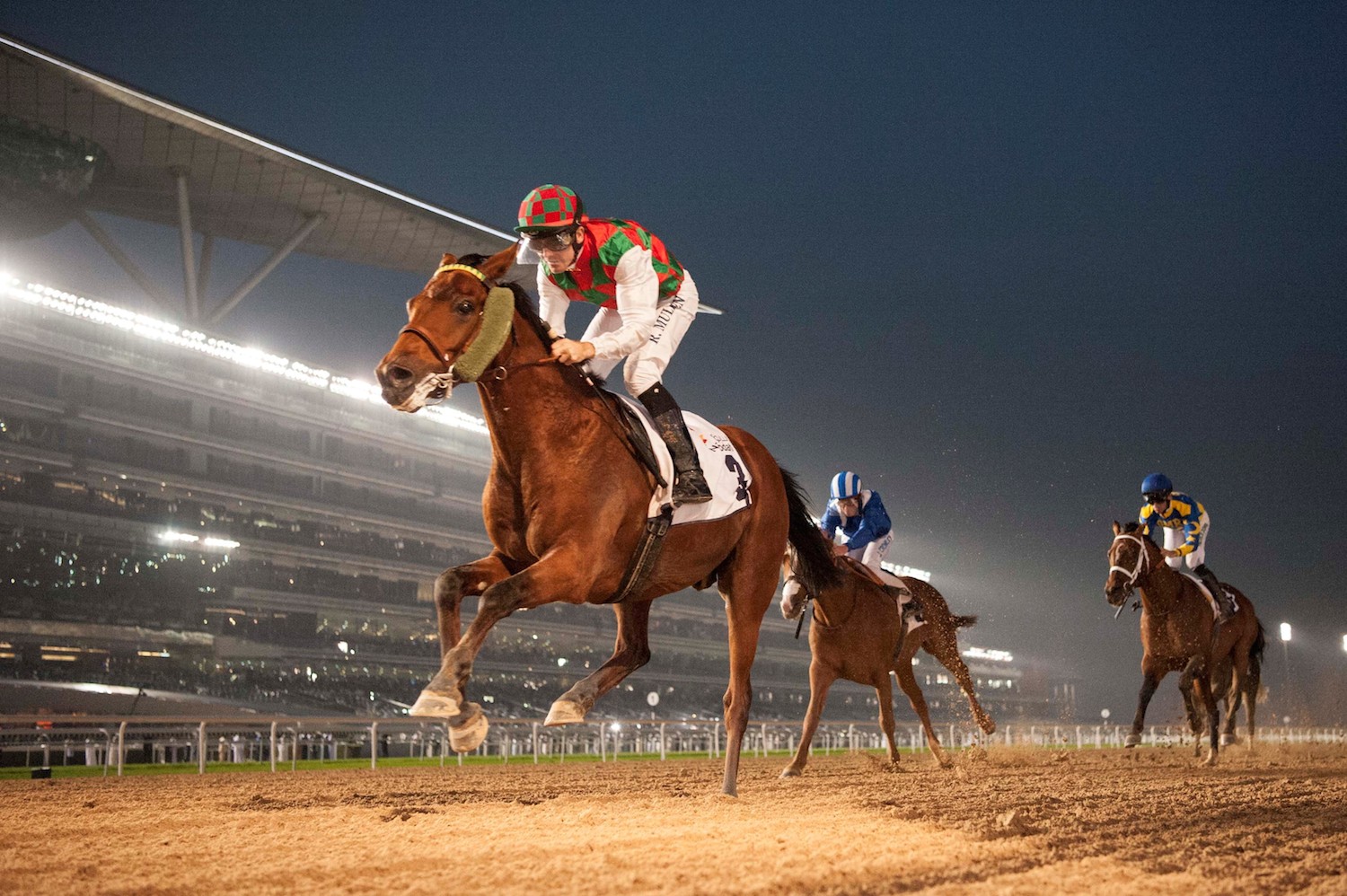 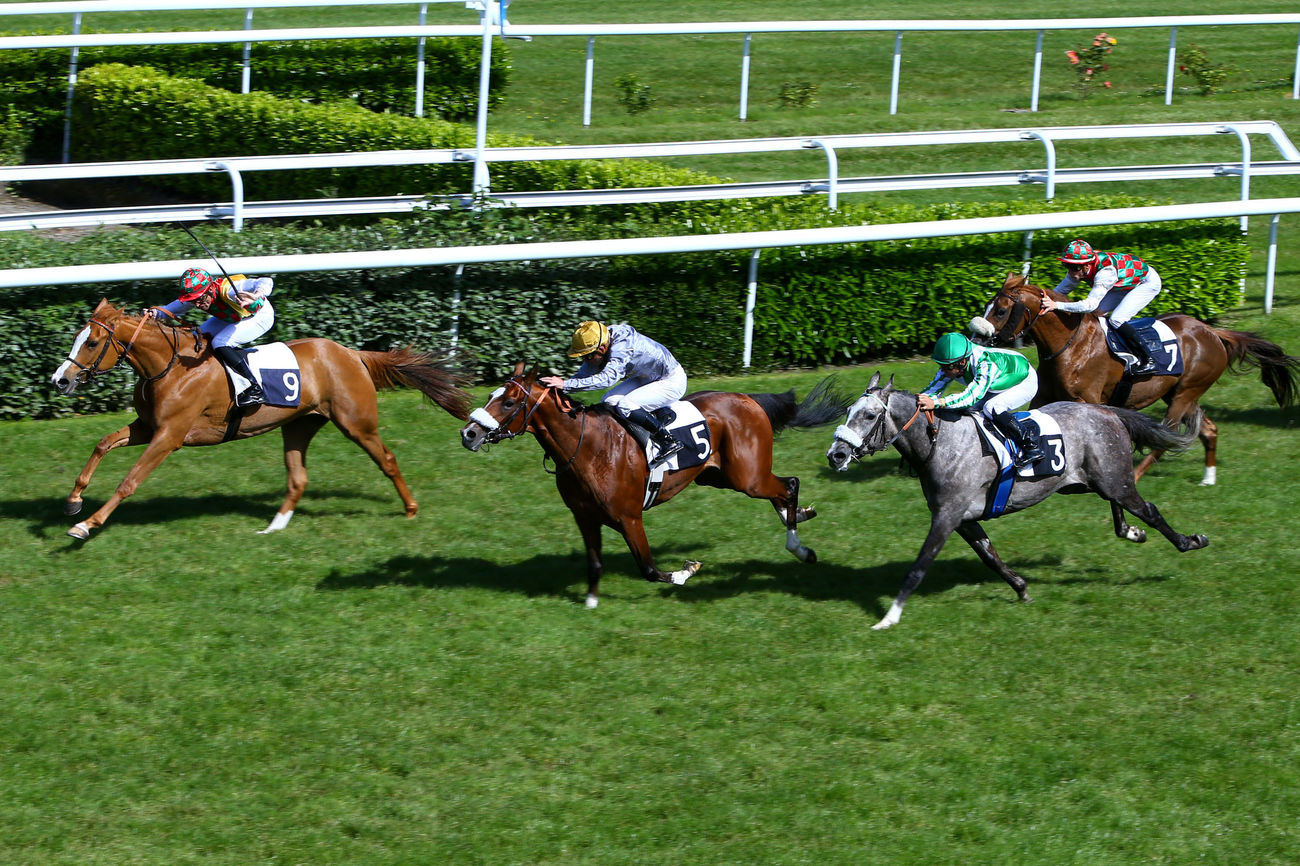