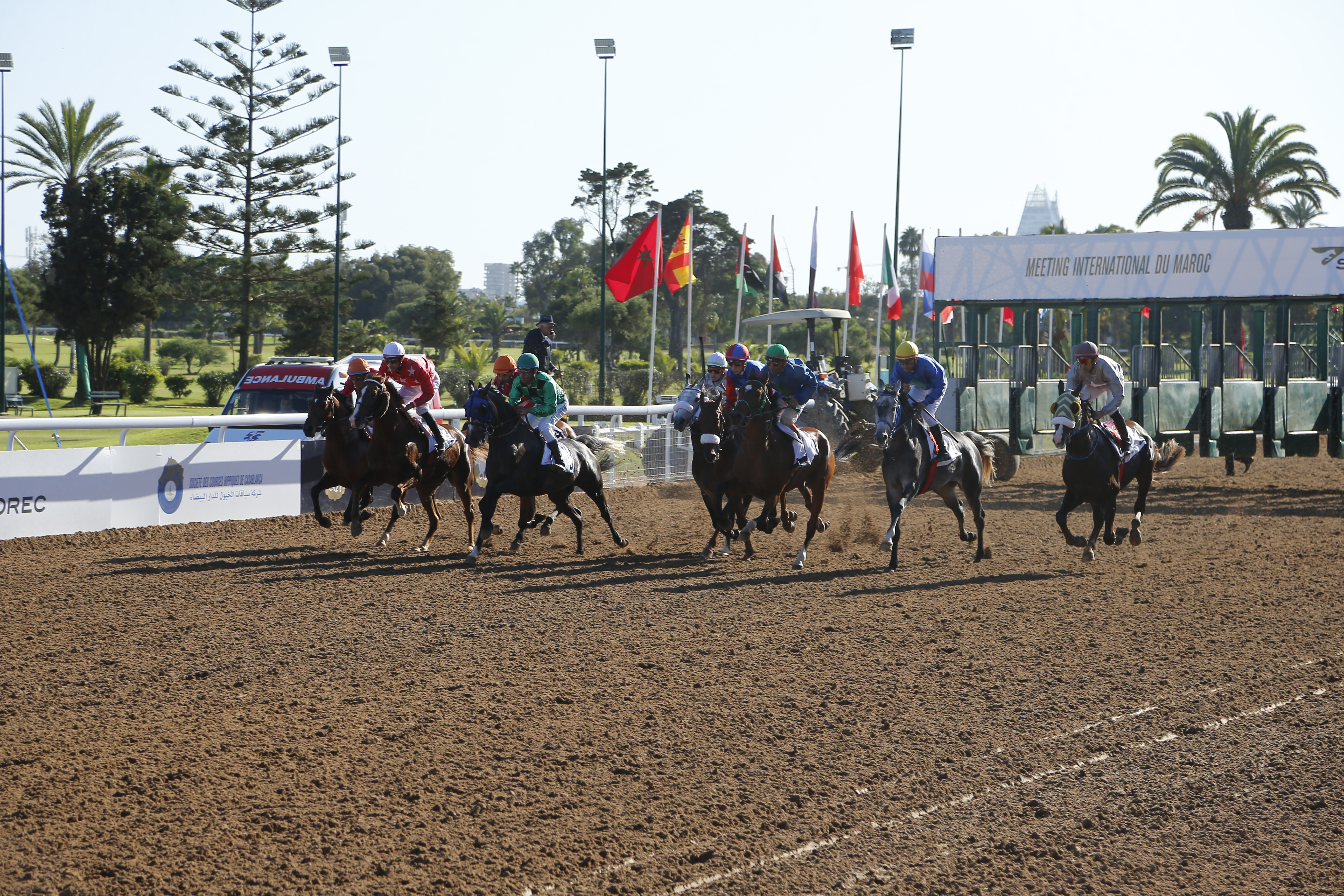 Hicham Debbagh: « The number of races for Purebred Arabians has increased from 500 to 800 »

Casablanca played host to the 2019 edition of Morocco’s International Meeting on November 16th and 17th, which professionals throughout the world are now familiar with. Hicham Debbagh, the Deputy Director General in charge of horse racing at SOREC (Société Royale d’Encouragement), answered our questions a few days ahead of the big event.

The French Purebred Arabian. – Is this the first time that horses from Qatar, Oman and the United Arab Emirates have graced this event?

Hicham Debbagh. – We have been welcoming horses from Qatar for a number of years. Regarding the Omanis, they made their first appearance in 2015. The Emiratis are very familiar with Morocco. However, the real novelty factor resides in the fact that they have increased their presence numerically at the meeting. They are also sending better quality horses.

two Gr1 PA winners. Is upgrading it to Gr2 PA status the next step?

Yes, as I believe that will be the case. It’s the culmination of the efforts made over a number of years as regards improving the quality of the racing. Consequently, Morocco’s International Meeting is now well established in the international calendar. The quality of the meeting has been recognised and with particular regard to its organisation and hospitality. Furthermore, the level of Moroccan horses has progressed. This has been acknowledged and it reinforces the attractiveness in sporting terms of these international events. This progression has been made possible thanks to the investments of the breeders.

What steps are taken to facilitate the presence of international runners at the meeting?

It’s a fundamental question which every country organising an international meeting must face. The starting point hinges around organising transportation. So, for two years now, we have been chartering a plane to transport the horses. We are talking about top notch athletes here and the money needs to be spent proportionally. This both reassures and encourages the connections of these high performance athletes.

Which new developments have taken place in Morocco as regards enhancing its racing infrastructure within the last few years?

Since 2011 a strategy has been put in place which is designed to boost the sector, and one of the priorities has been the construction and redevelopment of a certain number of racetracks. We have an attractive network of racecourses which are spread throughout Morocco. The latest addition to this has been none other Marrakech. We are expecting great things from this particular ‘project’ in the years ahead. The number of boxes at the Bouznika training centre currently stands at 300. However, by 2020, this capacity will double to at least 600 boxes, and possibly 700. These investments in ‘racing infrastructure’ are essential ones in order to meet international training and racing standards. The Moroccan sector needs to embrace this to ensure its development and professionalism. So we have pulled out all the stops to enable the trainers to work in the best conditions.

SOREC has embarked on several partnerships and twinning arrangements abroad in relation to Vichy, Ireland, Turkey and the Défi du Galop Series. Can you outline your strategy?

It’s a three point plan. The first step is to ensure that the Moroccan racing sector has an international profile. The second stage revolves around establishing a working relationship with the institutions of other racing nations. The third entails embarking on twinning arrangements between racecourses as denoted by the example of Vichy and Casablanca. A race honouring the name of ‘Vichy’ will form part of the international race meeting card. The different racing associations have begun to share their expertise, and, in a wider context, this interaction has been embraced by racing professionals and the owners.

Since 2011, the kingdom has entrusted SOREC with enacting a three point plan: the preservation of the Barb horse breed, and the development of equestrian activities and horse racing. Which indicators, statistically speaking, enable us to measure the development of racing in Morocco?

80 per cent respectively. The number of races open to English thoroughbreds has increased from 466 to 640. The upward trend is also evident in PA racing as the equivalent figure has risen from 500 to 800 races per annum. SOREC and the state have made huge efforts and, in so doing, they have sent out a signal to Moroccan professionals in order to encourage them to invest. It has paid dividends as they have become more professional in outlook. Consequently, they are breeding more and quality is better. In this period, the birth rates of English thoroughbreds and PA horses have respectively increased by 47 and 85 per cent. We wish to support the professionalization of the sector by introducing a jockeys’ academy, and creating a learning centre for aspiring farriers. In 2020, we are going to introduce a course for those wishing to train professionally, and which is based on the French model.

The breeding industry is also part of the economic development process and a source of employment in the rural regions. What impact has racing had on the country’s economy?

It’s a key aspect – even if it’s never easy to evaluate the number of jobs created. This figure stood at 30,000 in 2016. Our mission and goal is to double this figure. It will enable us to generate employment in the rural regions, and, at the same time, providing the necessary training for people to do jobs which are rewarding, interesting and ones orientated to the future.

Several Moroccan owners are doing well in France. However, one new factor emerging is that Moroccan-breds are also proving to be competitive. Salma Nour Grine, for one, has proved that she mix it with the best French performers. How are these performances perceived in the kingdom?

Obviously, it’s a source of pride for SOREC and the whole Moroccan racing sector. It’s the fruition and convergence of so much effort. It shows that the Moroccan bred can be competitive internationally, including Europe. It’s the indicator which enables us to measure the quality of our sector.

After almost a decade of investing in the European sales, is Morocco on the verge of becoming a country which exports racehorses?

This will come about. We are working on creating a sales infrastructure. The difficulty with neighbouring countries centres around transport, but the interest is already there. The evolution in terms of birth rates and the increase in terms of quality of the Moroccan production line will open possibilities on the international market place. Over the course of the last few years, we have seen owners from the Gulf States repeatedly buying Moroccan stock. We need to tap into this by structuring and amplifying this phenomenon.