head by Full Of Gold in the Prix de Noailles. American was well beaten by

August and at two he had looked a good prospect finishing third in a Listed in Deauville after making a winning debut at Chantilly. The son of Red Ransom steps up to 2400 metres a distance

which is likely to suit. Weald made a winning debut at Lyon

beating useful performers like Until Sunrise and Coureurasien. The son of

achieved on his debut. Watar was third behind High Rock after winning a B in Deauville on the psf and

is another promising stayer.

competitive race with seven fillies rated with a couple of lengths. Prudenzia

metres. In the Prix de la Seine the daughter of

Balladeuse beaten about 3 lengths in total in fourth. Folle Allure is unbeaten

in two starts and after beating Myakoda in a newcomers race at Saint Cloud defeated Promesse de l’Aube,

Cosmic Fire and Prudenzia in a B at Longchamp. Prudenzia has improved since but

rating as well. Tangaspeed beat Myakoda by 4 lengths on heavy ground at

Longchamp in April over 2400

metres and then cofirmed this form when beaten a neck by

Myakoda when giving her 1 ½ kilos in a B at Saint Cloud. Treat Gently is another

Longchamp beating Call Me Kitty. Sub Rose is yet another potential top class

Secrete and Astrologie, first and third in B at Saint Cloud this week. Mischief Making won

sixth in a Listed on her last start, but this looks like a much more

time and gave weight and a beating to useful horse over 1200 metres at Ascot.

Sir Gerry has a penalty and has to give weight to Captain Gerrard, who beat

Sakhee’s Secret to win a Group 3 on his reappearance. Captain Gerrard likes

beaten on his debut. Equiano is a very useful sprinter who won well at Chantilly on last start but this is a very stiff task.

Zarkava, the leaders of her generation. The daughter of Zamindar won a Group 3

and then fourth to Zarkava in the Poule d’Essai des Pouliches, less than a

length behind Halfway to Heaven the winner of the Irish 1,000 Guineas. A

consistent performer she has gradually improved throughout her career and is

one of the best of her generation. Albisola is another high class filly and she

after disappointing in the Saint Alary. Over 1800 metres she beat

very easily by 2 ½ lengths. Albisola has the speed to be competitive at the top

level at this trip. Mousse au Chocolat and Lady Deauville are consistent

performers even if they have a little to find to challenge the top two. Mousse

Zarkava in the Grotte on her only start this year. Lady Deauville is a Listed

winner and Group placed in both France

and is better on soft ground.

is clearly top rated in this outstanding and competitive field. The daughter of

in this race in recent years. However, Natagora’s best ratings were achieved

last October and then again 1400

metres this year at Maisons Laffitte. Natagora ran to a

rating slightly below her best in the 1,000 Guineas but then she has never done

more than is required to win in her faultless career. She has been beaten only

twice, on her debut and on heavy ground in the Morny.

and the best of the French trained colts, High Rock, Hello Morning, Thewayyouare,

Vision d’Etat and Chichon, however there are more than a dozen colts who it is

not impossible to imagine improving enough to win,  if Natagora fails to stay the extended trip.

High Rock was a top class two year old, the winner of the Condé and only beaten

on his debut by high class horses. The son of Rock of Gibraltar won the Prix de

brilliantly, pulling from beginning to end and winning unchallenged by 6

lengths. Hello Morning and Thewayyouare finished together when first and second

the Poule d’Essai des Poulains, both colts should be suited to the step up to 2,100 metres. Vision

d’Etat is unbeaten in four starts and has impressed on each of his starts in Paris. At two the son of

Chichicastenango beat Ticoz comfortably and then on his seasonal reappearance

useful Until Sunrise. He stepped up further when a brilliant 3 length winner of

a Listed at Chantilly over 2000 metres from the

disqualified Magadan and Indian Daffodil. It might be a surprise to include

much wrong to date. After an excellent debut behind Tamayuz he won his maiden

by 4 lengths at two. On his seasonal reappearance he was third to Vision d’Etat

but he is a stayer and stepped up on his next two starts in strongly run races,

Track Record by 4 lengths in a B at Longchamp.

brilliant winning debut, finishing sixth to New Appraoch and then second to

Jupiter Pluvius. He looked to be a top prospect on his only start at three

high class since. However it was a four horse race and the two colts he beat,

Moiqen and Hebridean have both stepped up in trip since. Famous Name is a colt

next group of possible winners include Trincot, Magadan, Full Of Gold,

Starlish, Democrate, Prospect Wells and Monmatre, they would all have to

improve to do so but are all promising colts. Trincot had one or two good

not a certain stayer but a very useful colt with a turn of foot. Magadan beat

Monmatre narrowly on their respective debuts at Longchamp. Magadan was then

disqualified after finishing second to Vision d’Etat at Chantilly

while Monmatre was a comfortable winner at Longchamp. Both colts will probably

metres but are high class prospects. Full Of Gold won a

way below form on good ground in the Hocquart. The son of Gold Away would not

have to improve a great deal on his best form to take part in the finish.

Democrate and Starlish were first and second in the Hocquart,  where Democrate showed improved form when held

the course when looking sure to win. Prospect Wells has not done much wrong

reappearance. He reversed this form when beating Ripple and Trois Rois in a

close finish to a slowly run Greffuhle. He may be more suited to quickening up

this son of Sadler’s Wells is yet another top class prospect, while Trois Rois

is still relatively inexperience and may improve in true test of stamina. 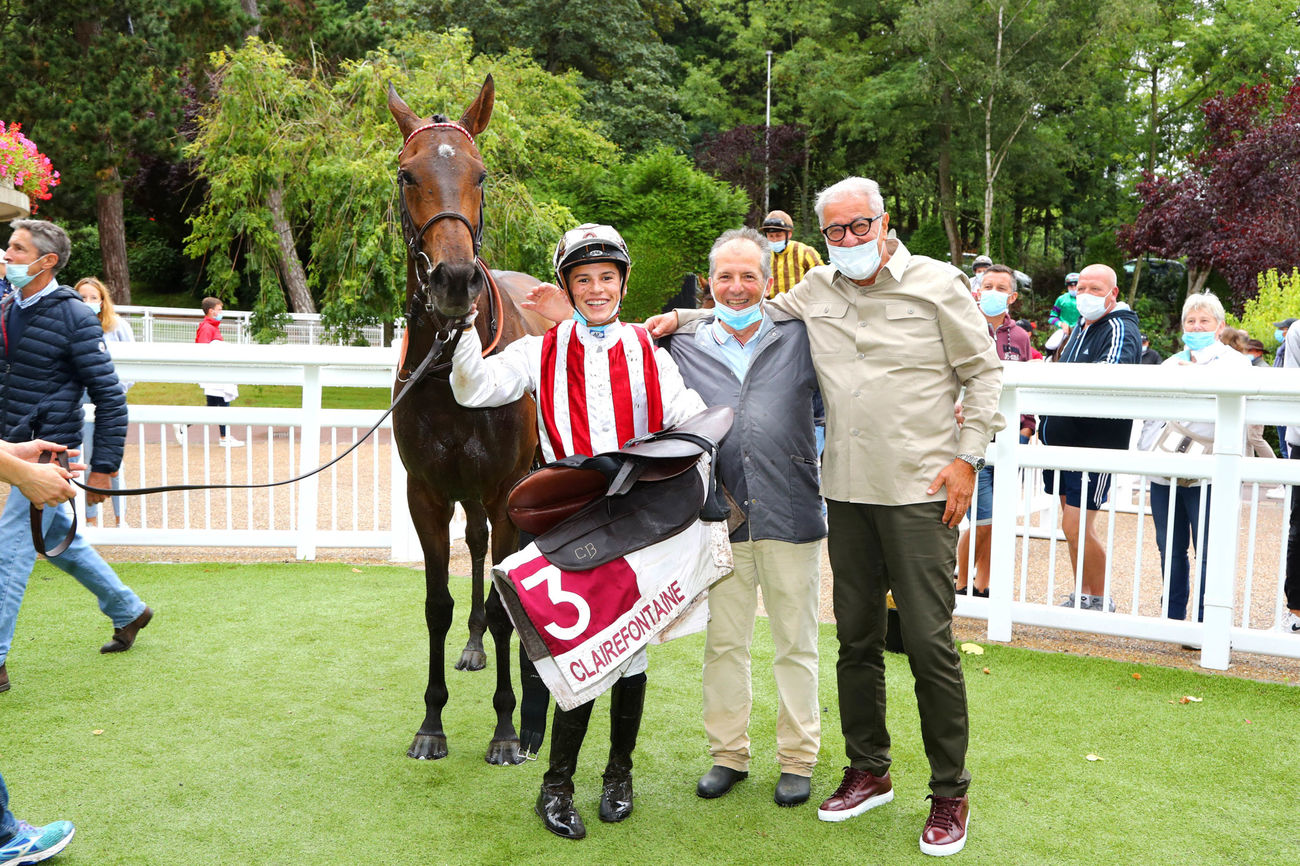 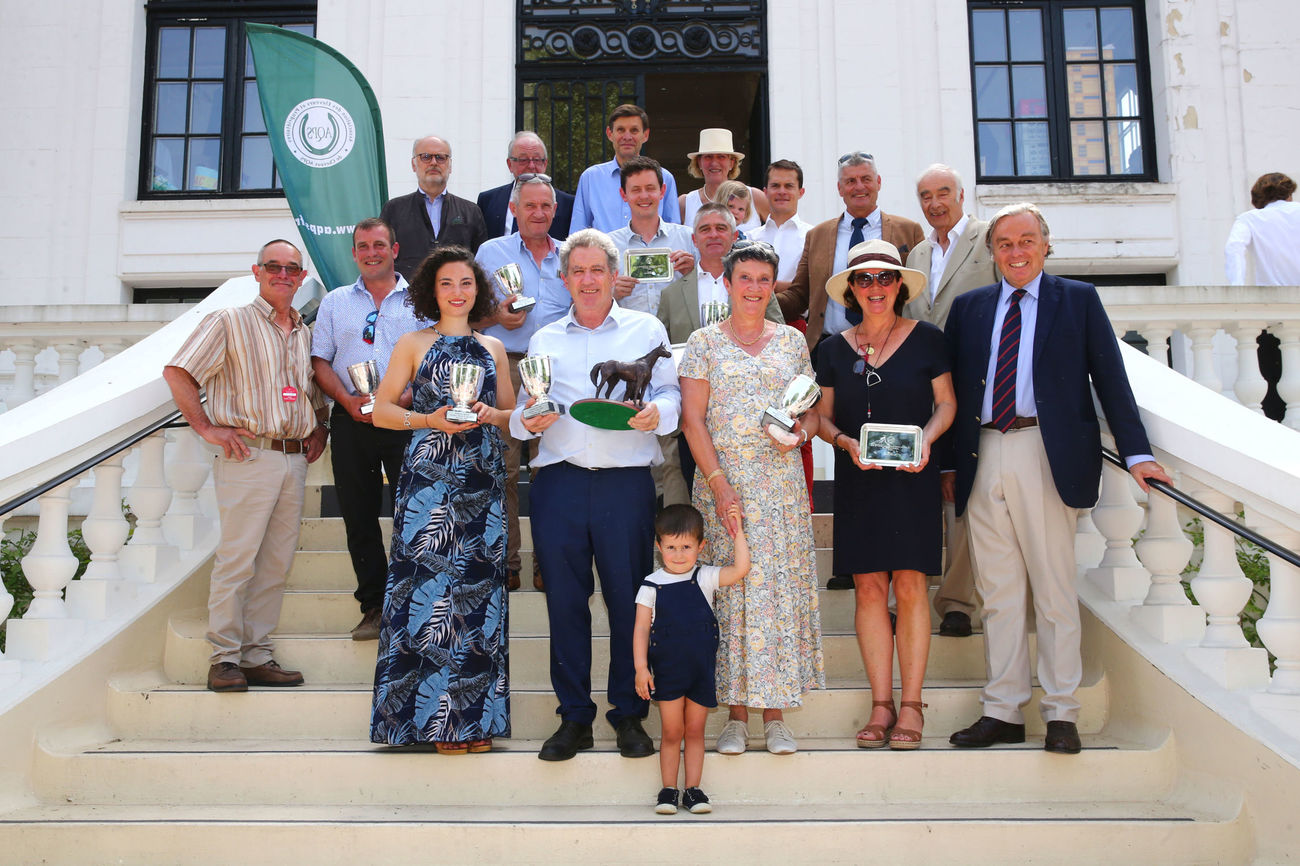