VENOMOUS CONFESSION BY VEITCH ABOUT ALYDAR

Under questioning by an attorney representing Rodney Stewart, the

and other banned substances at Keeneland in June 2007, John Veitch, chief

trainer, admitted that his racing star Alydar was treated with cobra venom

after suffering an injury in September of his 3-year-old season.Attorney Mike

Wednesday in Lexington, Ky. “Did Dr. Charles Allen give cobra venom to Alydar during

the time you trained him?” Meuser asked.

“On one occasion,” Veitch confirmed, saying it came after Alydar had

Handicap. “It wasn’t effective,” Veitch said. “We would not have run him again

if it had worked. We treated him at the time. He was not in training. We

experimented with Dr. Chuck Allen, who was an expert on venom. At the time,

disease (ALS). We tried it and it didn’t work. We didn’t use it as therapy so

he could race, but only to see if we could relieve some pain.”

Technically, cobra venom, a powerful blocking agent, is not an illegal

substance. It is not approved for use in humans or animals by the FDA and is

prohibited in most racing jurisdictions, including Kentucky, which classifies

it as a "Class A" drug, one that can be abused as an illegal

and in a vehicle registered to Stewart. Most of the substances were found in a

soft-sided cooler kept in a refrigerator in Barn 74, located in the barn

across Rice Road. Stewart admitted to officials the substances were his and

wife were in the process of moving from Kentucky to New York. Stewart said his

their rented home, but that he had been living in temporary quarters. He said

he wasn’t aware of everything that was in the bag. Biancone was suspended for

six months and agreed not to seek reinstatement for another six months. Stewart

received a five-year ban. As chief steward of the Kentucky Horse Racing

Commission, Veitch was in charge of the investigation involving the banned

substances and the hearing that led to the suspensions.

witnesses in addition to Veitch, including one of the investigators who

that could cause a loss of sensation in a horse’s foot and block pain. She said

there is no known test to detect cobra venom in urine or blood.

During cross-examination of Wilkinson, who among other things oversees

security at Keeneland, Meuser asked whether Keeneland officials ever sought

recognized as part of Keeneland’s racetrack grounds. Wilkinson said he was not

aware that they had sought approval.

racetrack property. "I thought it was a private barn," Stewart

"I thought it was Patrick’s private barn. He’d always referred to it

from a farm and was being used as a stable pony. The other vials remained in

their shrinkwrap packaging. The vials contain a powder which is then mixed in a

Among the other substances seized was a container of Carbidopa-Levodopa, a

drug could act as a stimulant and reduce fatigue in humans. In later testimony,

had it. Another bottle with an unknown honey-like substance inside was labeled

"For Mythical Elmo," according to the testimony, but it was more

Another bottle found was labeled with the lettering "R.T.H.." When

asked about the "R.T.H." substance, Stewart said "a fellow from

South Africa had given it to me. It was used there to treat bleeding."

in the liquid. .Stewart said he has had his license to practice on

suspended in Australia, where he earned his veterinary degree in 1997. He is

The hearing will continue Dec. 9. Among the issues to be covered area the

contents of Stewart’s personal computer, which has been sent to a business that

conducts forensic searches on computer hard drives to extract any

Sign up for our Email Flashes to get the latest news, analysis

and commentary from Ray Paulick

PICKENS: A PLAN FOR ALL HORSES

CONFESSION BY VEITCH ABOUT ALYDAR »

ATTORNEY: VET HAD NO INTENTION TO USE COBRA VENOM

Attorneys for Rodney Stewart, the veterinarian suspended for five years by

trainer Patrick Biancone, said in opening statements in an appellate hearing on

Wednesday morning the suspension against their client was excessive and should

Mike Meuser and Karen Murphy are representing Stewart, who received a

for failure to cooperate in the investigation. The appeal is being heard by Bob

Layton, a hearing officer for the Kentucky Horse Racing Commission, which is

to see the original ruling.

In his opening statements, Meuser said Stewart had no intention of using the

Stewart’s wife in preparation for the couple’s move to New York. In fact,

Meuser contended, Stewart wasn’t even aware of the cooler’s contents, which the

attorney said were placed in the refrigerator because it was a “hot June day.”

Meuser said, the three vials of prohibited cobra toxin found in the bag were

Parkinson’s disease), was still in its original container, Meuser said,

and its usage date had expired. “There is no evidence there was any attempted

use of any of these substances,” said Meuser, who added that the cooler also

Watt, in his statement, said the cobra venom, a powerful painkiller, had

been purchased from BioToxins, a Florida-based company that specialized in

snake venom. Watt referred to other substances discovered in the June 22, 2007,

barn searches conducted by investigators with the racing commission (then known

as the Kentucky Horse Racing Authority) and Keeneland security, including

Ketoconazole, “something called Throat RX, and one injectable honey colored

Meuser did not address the latter substances in his opening statement.

that were made to Stewart for billing and computer records, which resulted in

the one-year suspension for failure to cooperate. Murphy countered that the ban

48 hours of a request for a stay of the suspension. She also complained that the

fishing for further violations,” even going so far, she said, as conducting

Biancone, who recently returned to training in California, was out of racing

about one year, accepting a six-month suspension and agreeing not to apply for

his trainer’s license for another six months.

A number of witnesses are being called in the case. Layton is expected to

make a ruling within 60 days of the completion of the hearing.

To read about some of the testimony in the hearing, click here.

Visit the Paulick Report for all the latest news

throughout the racing world.

Sign up for our Email Flashes to get the latest news, analysis

and commentary from Ray Paulick 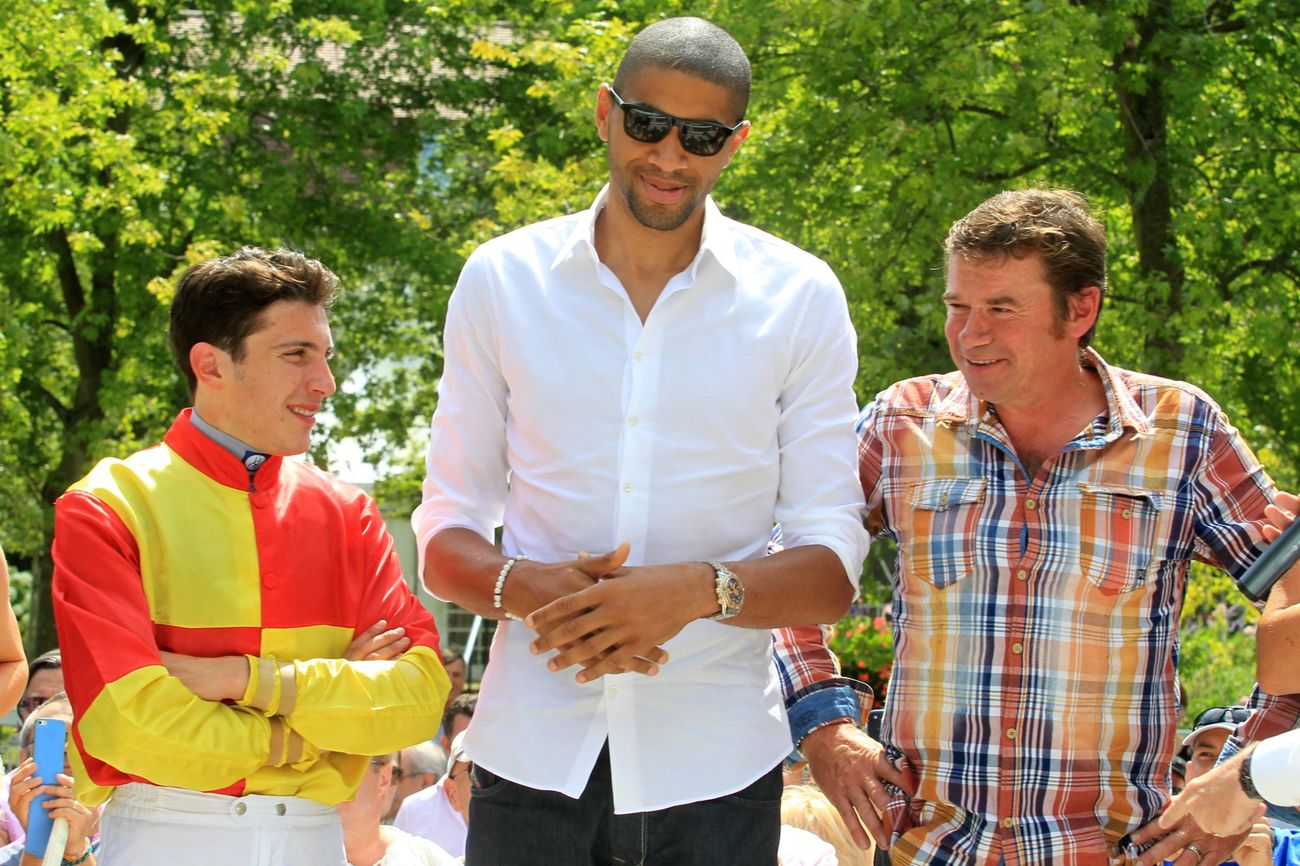