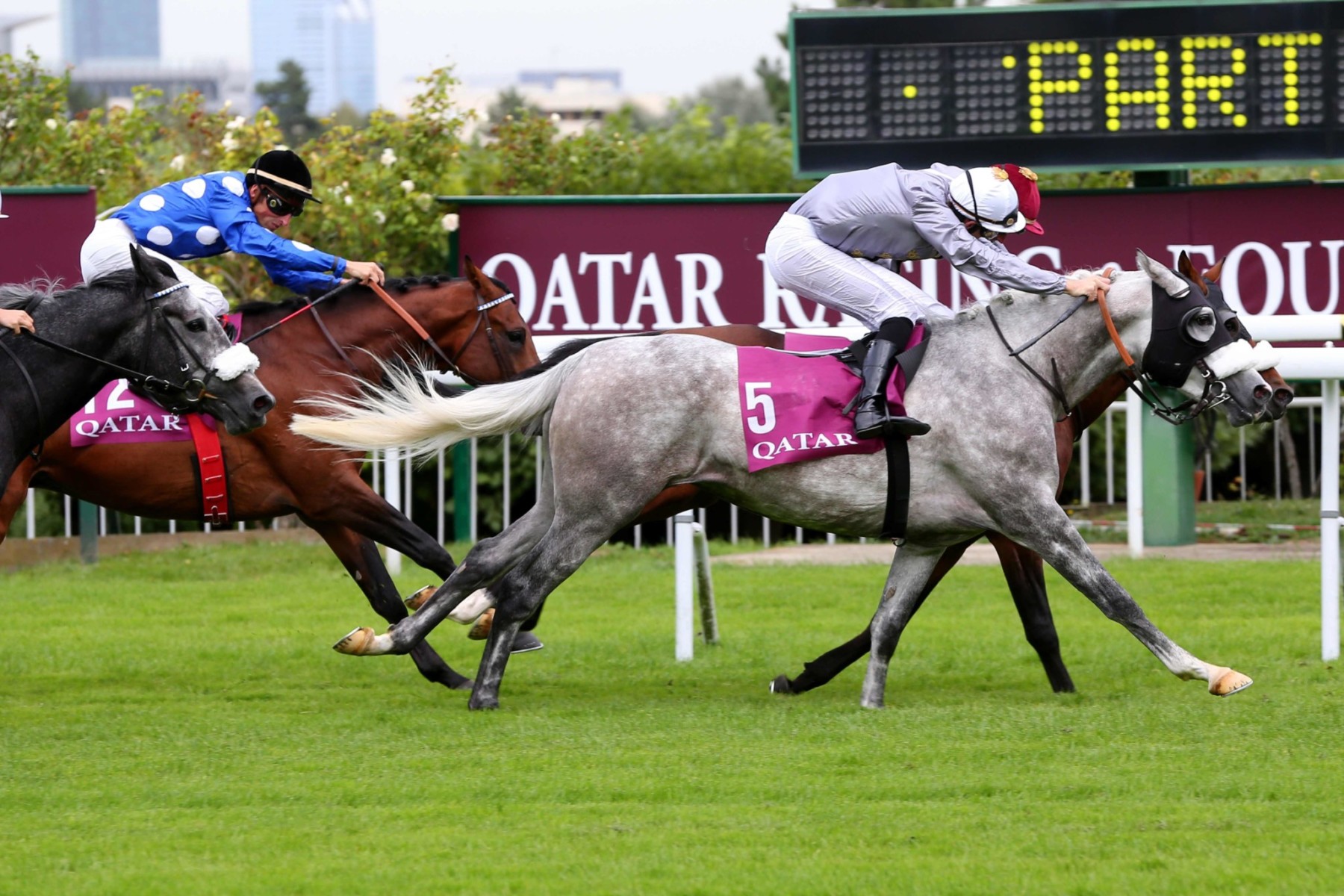 In races or riding competitions and more generally in sports, there are sometimes golden generations. We can remember the vintage year 1981 among thoroughbreds which featured the most famous edition in history of the Prix du Jockey Club (Gr. I), won by Darshaan in front of Sadler’s Wells and Rainbow Quest. These three great horses became great stallions. Among the trotters the current B generation is exceptional (Bold Eagle, Briac Dark, Bird Parker…) In riding competitions, it was the year 1982 that was truly uncommon with Quidam de Revel, Quick Star, Quito de Baussy, Quatoubet du Rouet, Quat'sous… Among the Purebred Arabians, after Ebraz's win in the Emir’s Sword, everything makes us think that the 2013 generation is very unusual. Ebraz was deemed worthy to start off directly at the Group I PA level in Deauville. In the Al Rayyan Cup - Prix Kesberoy, a little left behind at the start of the final straight, he finished fast to finish third in a race dominated by the experimented Dahham. One month later in the Qatar Total Arabian Trophy des Poulains, he was blocked at the back of the group. Still last, 500 metres from the post, Ebraz had signed a nice final straight, finishing close fourth.

That day, for Purebred Arabians, all generations included, the 3yos exploded the record times of the 2,000 metres Saint-Cloud track,

The race was dominated by Motrag and Zikreet, two Thomas Fourcy trained horses, who had said: “Since the beginning of the year, I knew I had good 3yos in the stables.” At the end of December, Ebraz was only defeated by a head in the Qatar Derby over the mile, a distance certainly too short for him, after having cantered on the outside. On the 12th December, Ebraz was once again a good second, only beaten by Yazeed, a son of the champion Al Dhama, who can become a very good horse. In the Emir's Sword –first attempt over 2,400 metres– Ebraz finished like a bomb, in order to dominate three horses that stepped on the podium of the Qatar Arabian World Cup (Gr. I PA). Despite his weight advantage, it is a great performance for a 3yo against older horses. Julian Smart commented: “Ebraz is a superstar ! We should see him in Europe this summer.” We are looking forward to see the 2013 generation again on the French tracks!