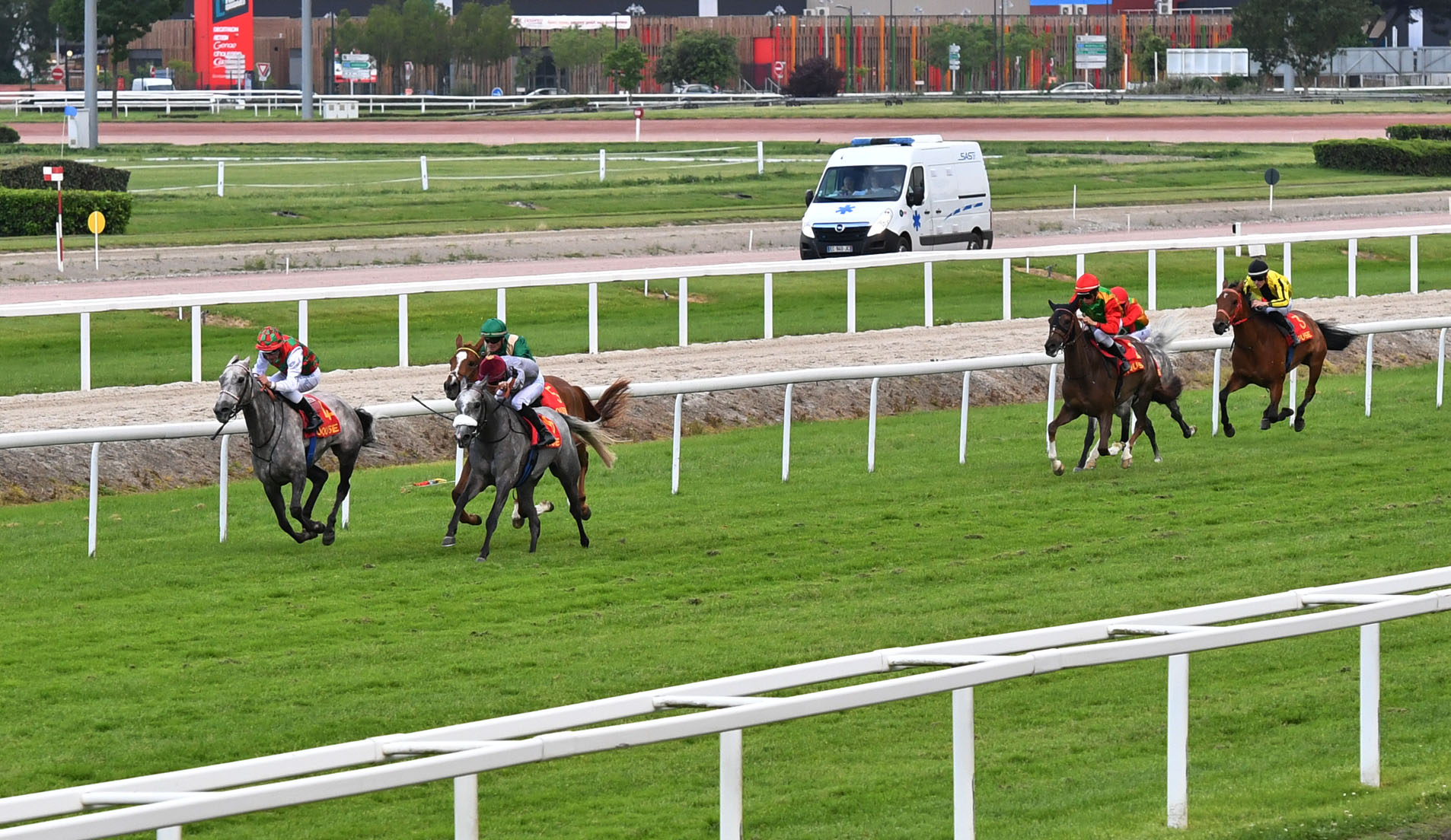 Almaa (Amer) was the smart winner of the Prix Nefta (Gr. II PA). In her preferred running style, Naziq (Mahabb) took the lead at the beginning of the race. This filly, owned by His Highness Sheikh Mansoor Bin Zayed Al Nahyan, led the race at decent pace, with Diva du Paon (Munjiz) in second in front of the eventual winner. In the straight, Almaa found the gears to make up the ground and take the lead a hundred meters from the winning post. Naziq was second by less than a length. Diva du Paon ran a good race to take the third place, two lengths back.

Unbeaten in three starts in 2016

A winner on her seasonal debut on the 18th March over this course, Almaa then went on to win the Qatar Prix de l’Élevage (Gr. II PA) at Toulouse. The representative of Al Shaqab Racing backed this up again at Toulouse. Still running over 2,000 meters, she was winning her second Group in this Prix Nefta.

One of the favourites for the Qatar Arabian Trophy des Juments

With these two victories, Almaa is now down as one of the favourites for the Qatar Arabian Trophy des Juments (Gr. I PA, 2,000m), on the 30th September at Chantilly. Thomas Fourcy, who trains the winner, explained: “This mare continues to surprise me, as she improves day to day. She was taking on older mares today, who were, for the most part, making their seasonal debut, which may have helped her. However she showed something special here tonight, as she was several lengths off Naziq who was leading at a good pace, and she caught her. The distance isn’t a problem. She is easy to ride and is a sweet filly. She will now have a holiday before going to the two races for 4 year old fillies, and then to the Arc weekend [editor's note: Qatar Arabian Trophy des Juments].”

The close family of Nez d’Or

Almaa comes from the first generations of Arabians bred by Al Shaqab Arabians. She is the first winner for her dam. Naiada Al Maury (Baroud III), her second dam, was stationed at Marie-Claude Biaudis’ breeding operation. She is the origin of the Groupe I PA winners, Nez d’Or (Al Maktoum Challenge Round I & Round II, Dubai Kahayla Classic), Noreen (The Hatta Stakes), Nirwan (Al Maktoum Challenge Round II), Mkeefa (Qatar Arabian World Cup, The Hatta International Stakes, the UK Arabian Derby)… Naiada Al Maury comes from the families developed by Renée-Laure Koch. The third dam, Nevadour (Ourour), is one of the foundation mares of the French Purebred Arabian.