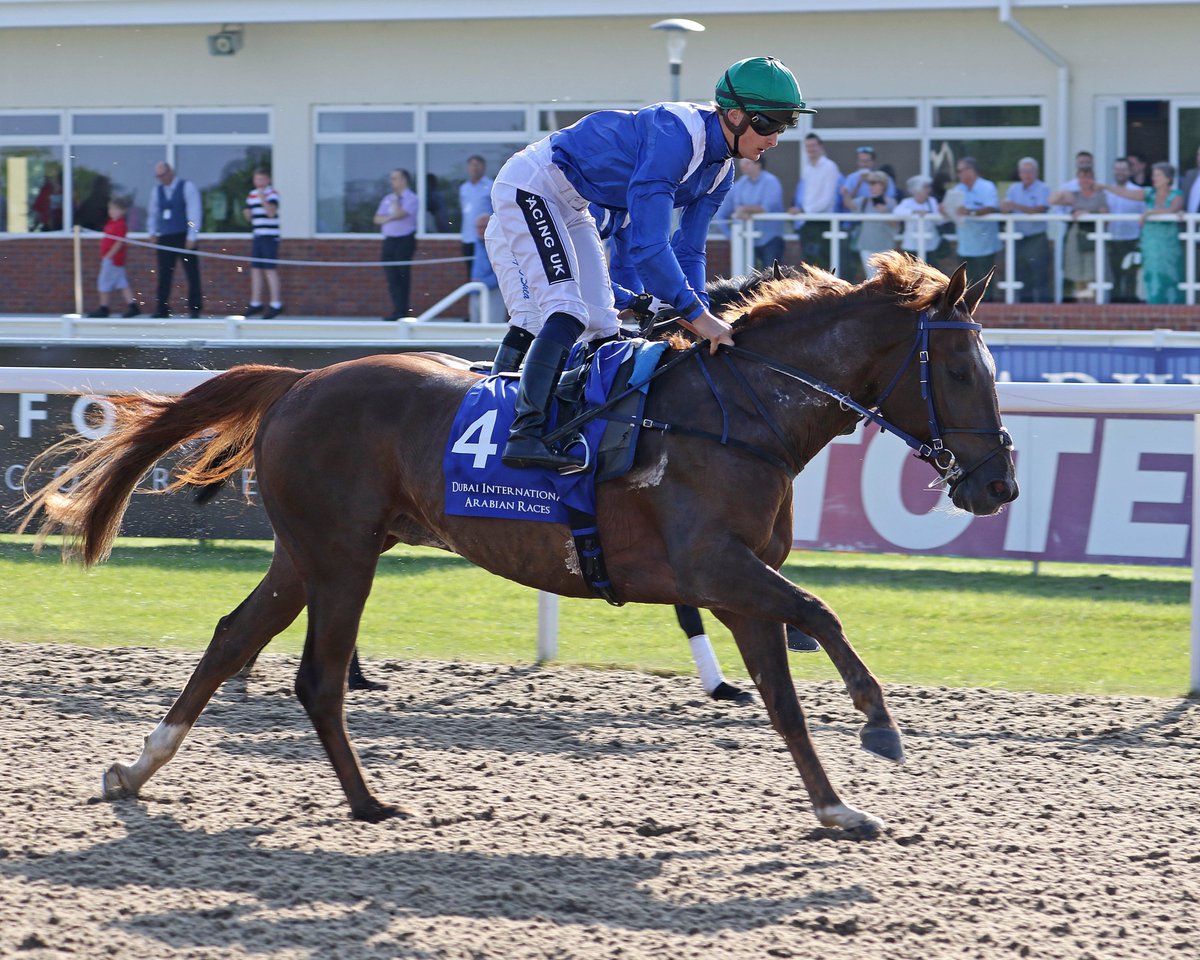 THE TRAINER JAMES OWEN SHINES ON THE TRACK AT CHELMSFORD

The Dubai International Arabian Races hosted their first two races of the season in England on the 1st June, at Chelmsford racecourse.

Champion trainer of Purebred Arabians in the United Kingdom last year, James Owen started on well on the road to retaining his crown by winning the two races of the day thanks Naishaan (No Risk Al Maury) and Alazeez (Madjani).

In the Shadwell Arabian Stallions International Stakes, a race for 4-year-old fillies and run over 2,000m, Naishaan won by over 4 lengths, ridden by Tadhg O’Shea.

In the Dubai International Arabian Races, a race run over 1,200 meters on the dirt, Alazeez sat up near the pace before unleashing his run 400 meters from the post to win nicely, partnered by Harry Bentley. James Owen said: “I am delighted with Naishaan’s win, as she has finally shown the ability we see in the mornings on the racetrack. I have loved Alazeez since the first day I saw him. He has improved from last year and come on from his seasonal debut.”

Sheikh Hamdan bred the two winning horses. Richard Lancaster, the bloodstock director of Shadwell, elaborated: “I am very pleased with the performances of these two horses, as they are only 4 year olds and will keep improving. We should have some strong chances for the big race meeting on Dubai Day in July, when Sheikh Hamdan will be present.”