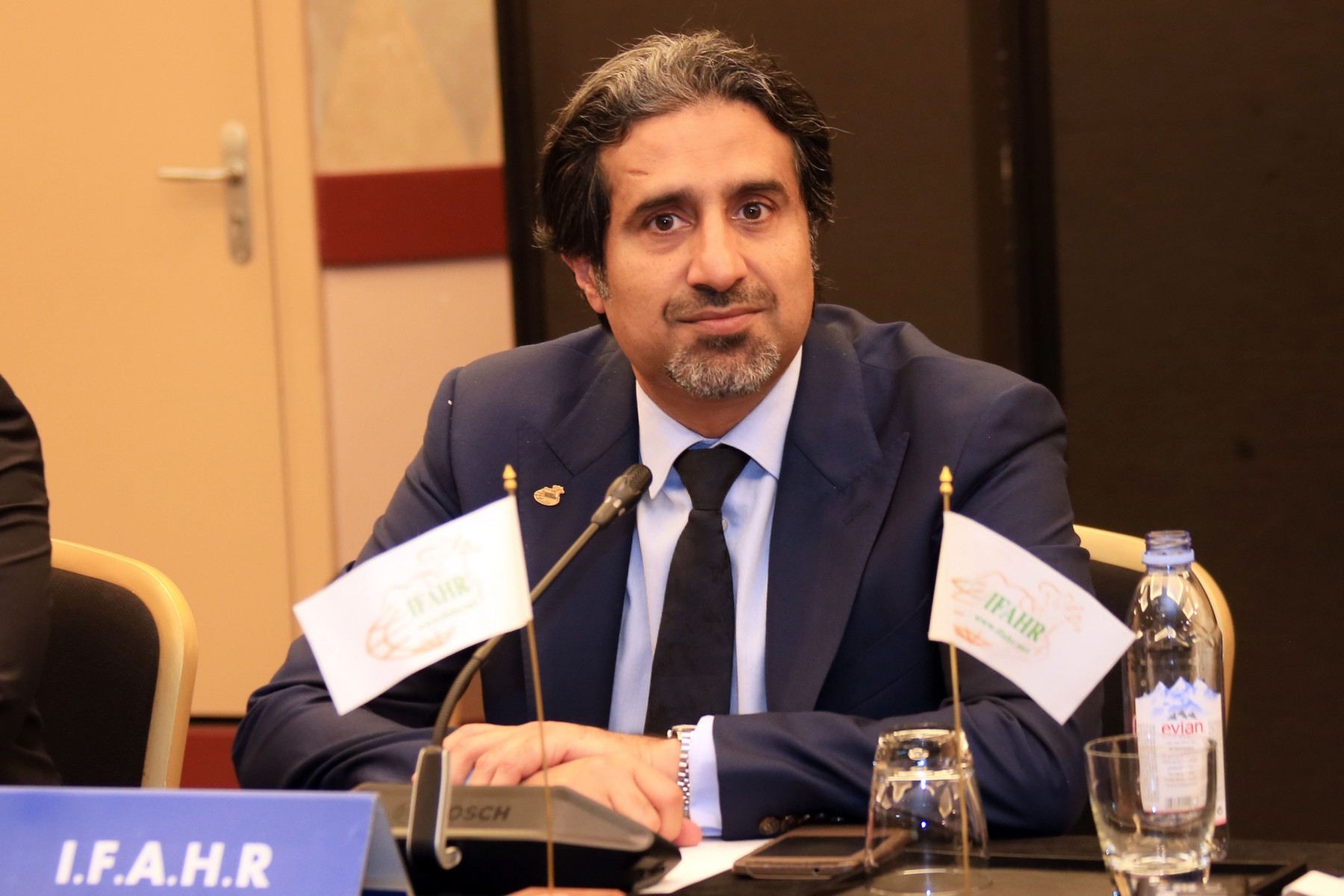 FAISAL AL RAHMANI ELECTED AS THE NEW HEAD OF THE IFAHR

Faisal Al Rahmani, the United Arab Emirates candidate for the Presidency of the International Federation of Arabian Horse Racing (IFAHR), was elected unanimously on Saturday the 30th September, at the General Assembly held at Paris.

Faisal Al Rahmani has always been a big supporter of Purebred Arabians, notably by representing the Emirati breeders and owners at the major international forums such as the International Arabian Horse Racing Conference, organised by His Heighness the Sheikh Mansoor Bin Zayed Al Nahyan Festival.