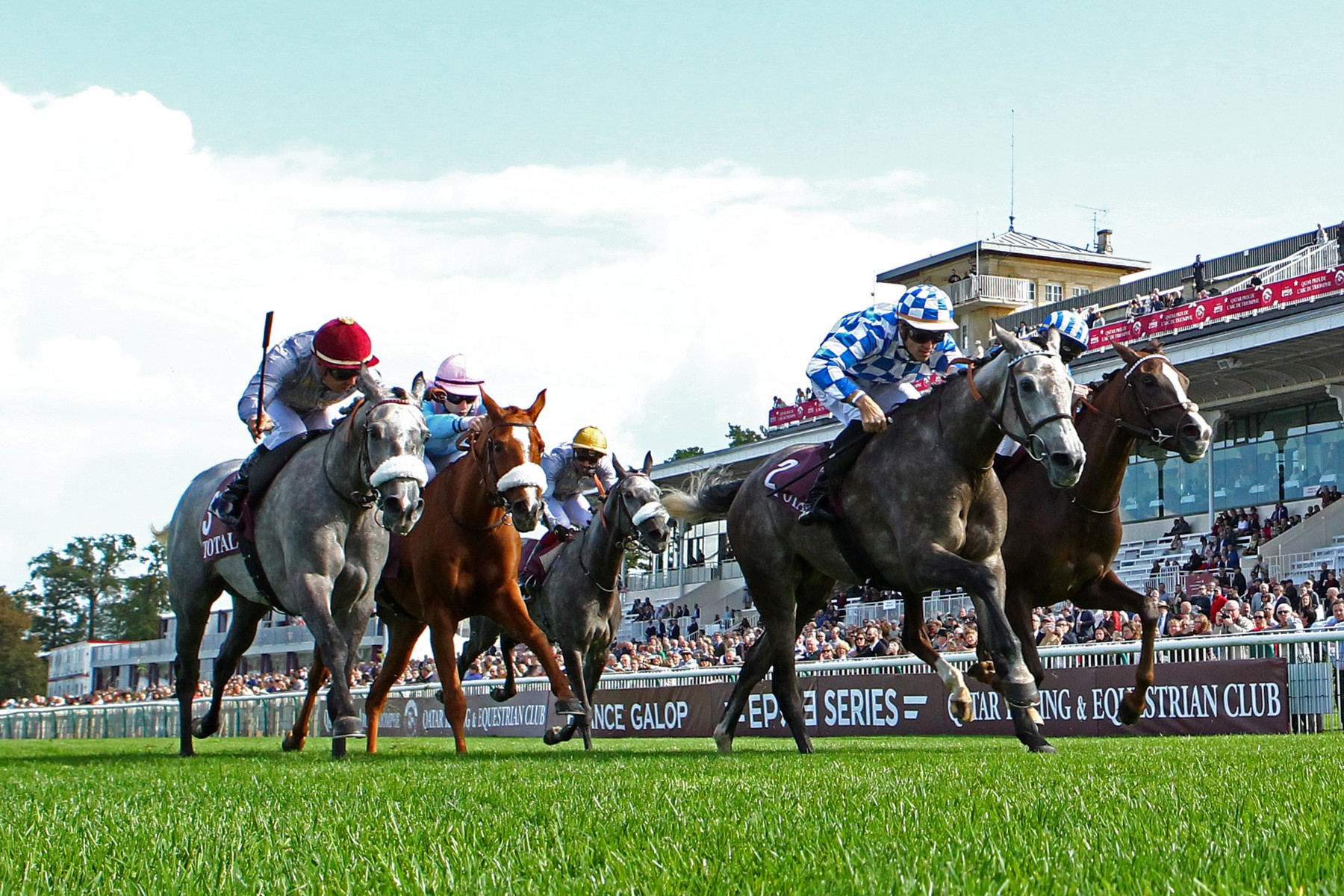 A first Group for Muneera

Karimah (Munjiz), wearing blinkers, was very keen in the early stages, taking a twelve length lead before the turn. Once the leader began to steady up, Muneera (Dormane) began to make up ground on the outside. In the straight she sat in behind Jamaheer (Mahabb) before pulling out 450 meters from the line. The eventual winner quickly came up to join Almaa (Amer).

Multiple Group placed, Muneera won her first Group I PA by a short margin in front of Jamaheer, who finished well. Almaa finished a close third, by a neck in front of Al Mouzdahira (Azadi), a progressive filly who has shown continued improvement throughout the year.

Visibly moved, Damien de Watrigant explained after the race: “As I said previously, I think that Muneera is better than Jamaheer on soft ground. Today, the ground stick measurement was nearly 4. Muneera is a filly that stays the distance. Here at Chantilly, it’s a testing track and that made the difference.  Jamaheer found herself in front a bit too soon, but that wasn’t her jockey’s fault. She is in good form, but she weakened a little in the finish. We have finished first and second, it’s hard to imagine any better! Mohammad Al Nujaifi and Sheikh Hamdan Al Maktoum are the owners and breeders. This is Mohammad Al Nujaifi’s biggest win in France, as this is the most prestigious Group I for fillies. This is a reward for his hard work, his passion, and his dreams. He had the idea to cross the Iraqi bloodline with Dormane (Manganate) who was bred by my father at Haras de Mandore. This stallion is also the sire of Ziva, the dam of Jamaheer, also bred at ours. Sheikh Hamdan crossed her with Mahabb (Tahar de Candelon) which worked very well”.

Thomas Fourcy trained the fourth, fifth and sixth. He commented: “Almaa (3rd) ran her race, although she didn’t have the ideal scenario. I wasn’t expecting there to be so much pace. She was caught flat footed, but she never gave up. She is a small filly who doesn’t have a big action, and she didn't disappoint. Al Mouzdahira (4th) surprised us. She is coming off a win in a small race at La Palmyre. Vincent Cheminaud, who rode her, knows Arabian horses very well and he rode her perfectly. Um Graibah (5th) was slow away from the gates. She still lacks maturity, she is a tall, light filly who will become, I hope, a good mare in the future”.

A victory for the breeder

The Al Nujaifi family migrated from Arabia to Iraq in 1638 with their horses. Since then, they have bred and raced there. Recently, Mohammed Al Nujaifi moved part of his stable to Europe. He said: “It was a great race. I am delighted. Muneera is one of the best 4 year old fillies in the world. We must thank Qatar for the support that they give to these races. I would also like to express my gratitude to my trainer, Damien de Watrigant, and to Val Bunting who raised the filly during her formative years. I have been running horses in France for a number of years and I have been very lucky to have known a lot of success over this time. It is the best country in the world in which to race Arabians. Muneera is an example of the quality of the Iraqi bloodline and the statistics are also very much in their favour. I only breed a handful of horses each year. They have all won and they are, for the most part, black type. Before Muneera, in Europe, I have had homebred wins at the highest level, such as Hilal Al Zaman (Mencour), Gharra’a (Matador), Ghazwa (Zawam) or Hurra (Asad Saif)”.

The sister of Hurra

Muneera was bred by Mohammed Al Nujaifi. She was raised in France by Val Bunting. Her dam, Hamiya (Al Hasim), won ten races in Iraq including the local 2.000 Guineas. She has three black type offspring, including Hurra (Asad Saif), second in the International Ifahr Trophy (Gr. II PA) at Istanbul and third in The Hatta International Stakes (Gr. I PA) at Newbury, and Al Haail (Elios de Carrère), third in the Stockholm Arabian Cup (Gr. III PA) at Täby. Al Karta (Zad Al Rakib), the second dam, won eight races in Iraq, including the Iraqi Jockey Club Trophy (Gr. I PA) and the Iaho Trophy (Gr. II PA). She also finished second in the local Derby (Gr. I PA). 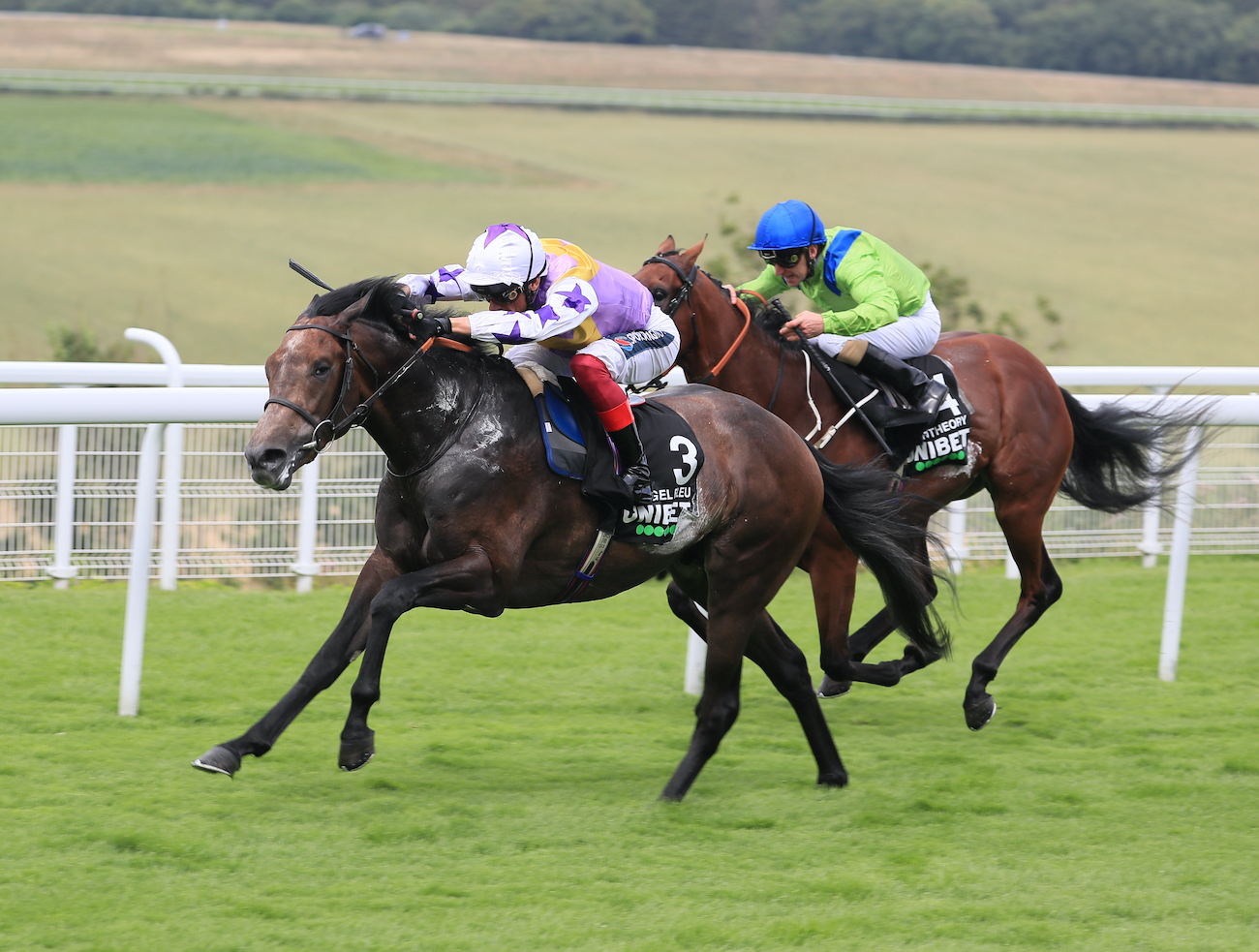 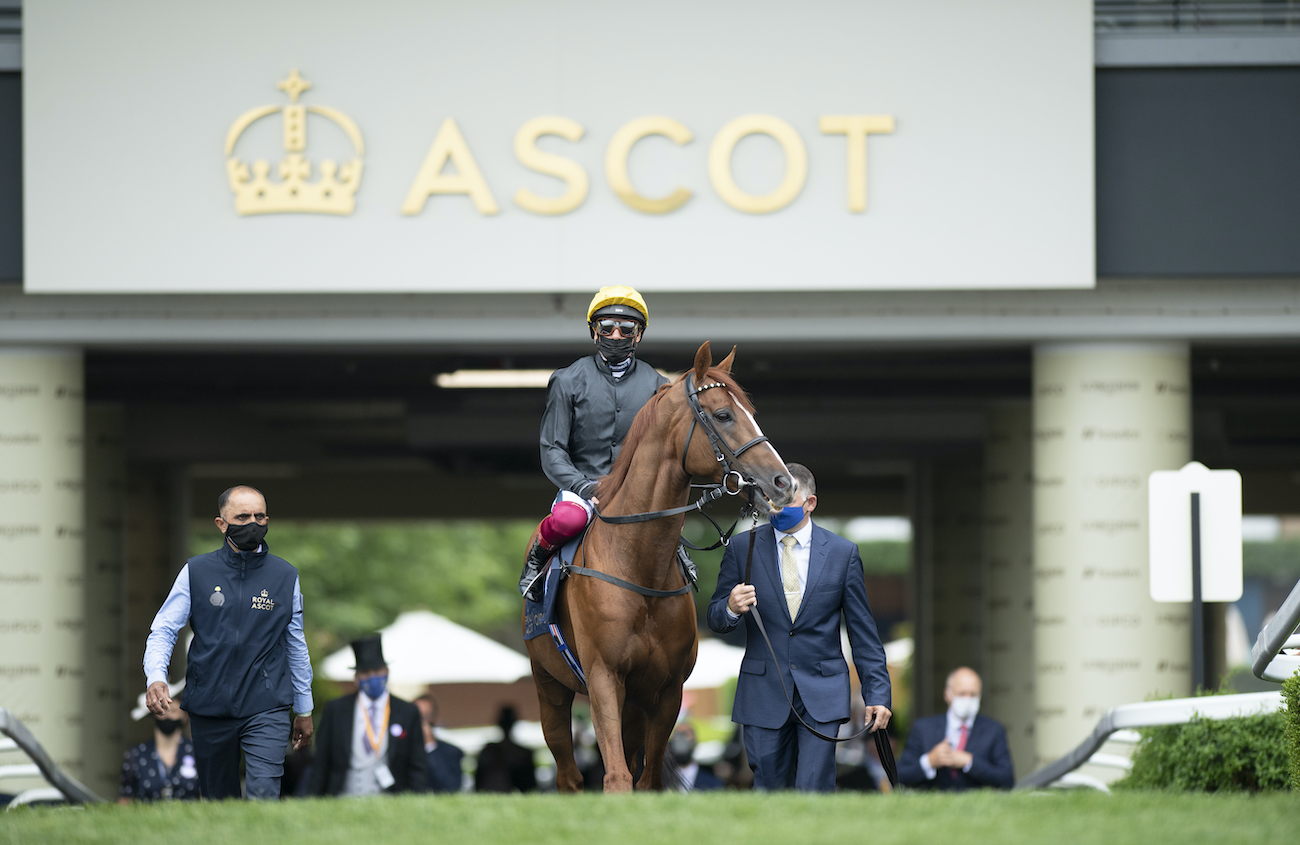