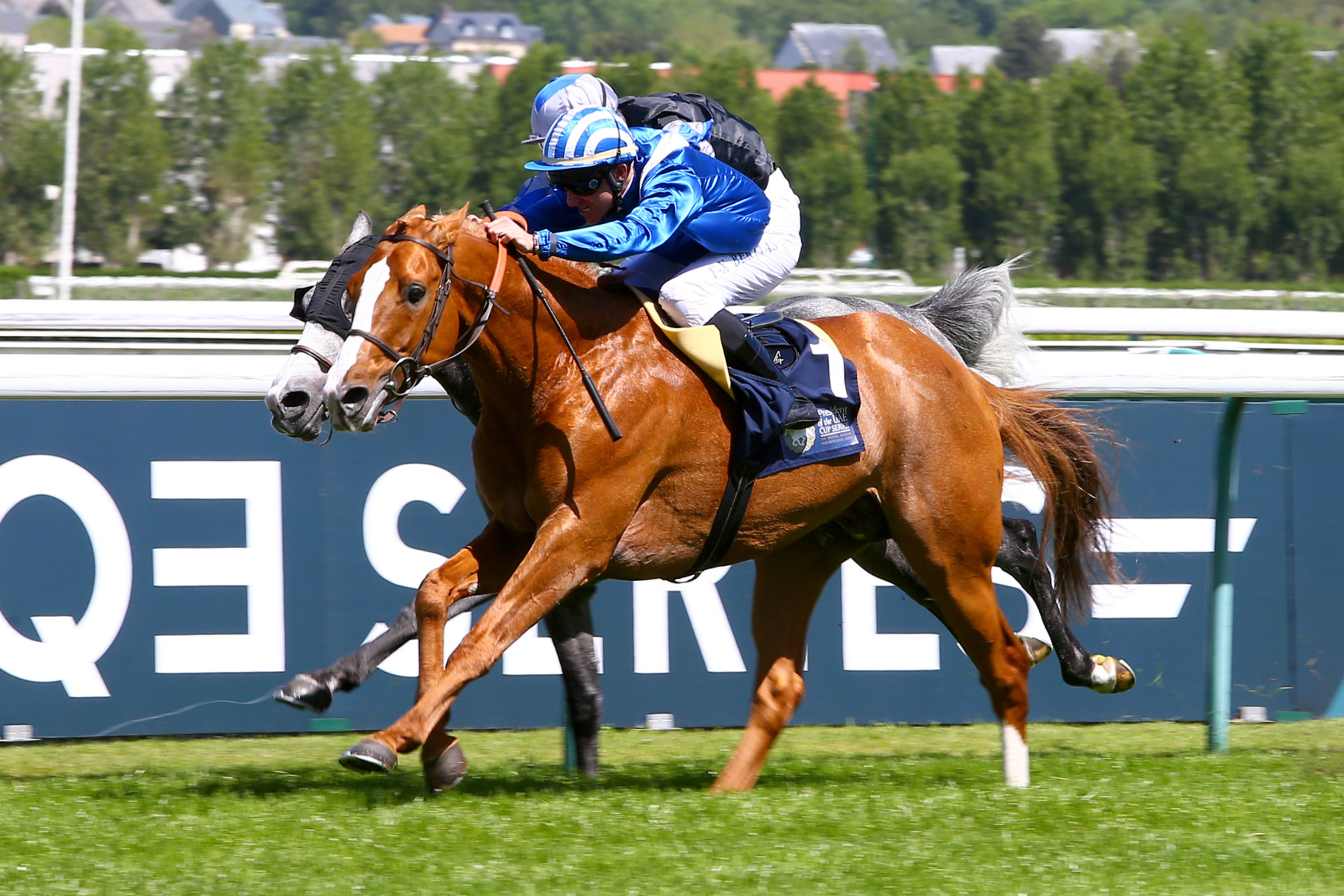 It was a long wait for François Rohaut after the horses crossed the finish line in the Sheikh Zayed Bin Sultan Al Nahyan Jewel Crown (Gr. I PA), the richest race in the world for Purebred Arabians. Muraaqib (Munjiz), his runner, passed the post a neck from RB Burn (Majd Al Arab), the title holder, however this later had come into contact with the representative of Sheikh Hamdan Bin Rashid Al Maktoum. These two horses had begun their run on the rail, and finished in the middle of the track… An appeal was raised by the connections of Muraaqib and after a lengthy deliberation, the stewards decided to put RB Burn back to second place. Chaddad (Mared Al Sahra), a horse previously trained by Francis-Henri Graffard but now training out of the Sultanate of Oman, took an excellent third place. Trained by Damien de Watrigant, Ahzar (Munjiz) had a good run to finish in fourth, not far back. Rmmas (Mahabb), who is trained by Didier Guillemin, finished ninth.

Muraaqib is taking a sixth Group I PA, to the huge satisfaction of his connections, and first to speak was his trainer François Rohaut, who was running a horse in Abu Dhabi for the first time: “I don’t like to win big race this way, but there were several reasons that we decided to appeal, mostly that the jockey of RB Burn did not try to stop his horse hanging into ours. It was a superb battle, these are two champions who had already run against each other when they were 3-years-old, and were only separated by a neck. This was the first time I have taken part in this race, and it was the objective for Muraaqib since the summer. Everything went well coming into the race. The horse travelled well and he was based in Dubai before coming here, a few hours before the race. We had everything on our side. For the moment, he will have a break before aiming for the same program next year: Goodwood, Turkey, then Abu Dhabi. This is his sixth Group I PA, he’s really special horse”.

Jim Crowley, the jockey on Muraaqib, commented: “I held my line for two hundred meters before being pushed towards the outside and there was contact. It’s a shame to have won it in the steward’s room, but that’s racing sometimes. I think that the best horse won. It’s a huge race”.

Gérald Avranche, jockey on RB Burn (2nd), said: “I was going very easily early on in the race, perhaps too easily, and I took him back a bit in the turn to give him a chance. He came back with a great acceleration. He just hung left slightly in the final hundred meters. He’s a funny horse as he shows very little in the mornings, but on the racecourse he’s a completely different animal”.

Damien de Watrigant trains Ahzar (4th), and he said: “He is still a little green, but it’s worth nothing that he’s the only 4-year-old to be involved in the finish. It’s also his first time over this distance. He should continue on the international mile circuit in 2018”.

Didier Guillemin, who is in charge of Rmmas (9th), commented: “The horse didn’t jump out of the stalls very well and was a little outpaced. I think that Group I PA level is a bit too tough for him”.

The bloodline of Fleur d’Avril

Muraaqib was bred by Shadwell and is trained by François Rohaut who had also trained Muraaqib’s sire, Munjiz (Kesberoy). Muraaqib is the best living offspring of his dam, Tashreefat (Bengali d’Albret), a tough racemare who finished second in the Liwa Oasis (Gr. I PA), on this very track at Abu Dhabi. She has also produced Barnamaj (No Risk Al Maury), a useful colt, second in the Jebel Ali Racecourse Za’abeel International Stakes (Gr. I PA) at Newbury this summer, and more recently, second in the French Arabian Breeders’ Challenge Sprint (Gr. II PA) at Toulouse, for the same trainer and silks.

The second dam, Seglaoui (Tidjani), is the uterine sister to Saklawi (Dormane), a two-time winner and multiple placed for the same colours. This maternal family is that of Fleur d’Avril (Meke), one of the foundation mares of the French stud book. 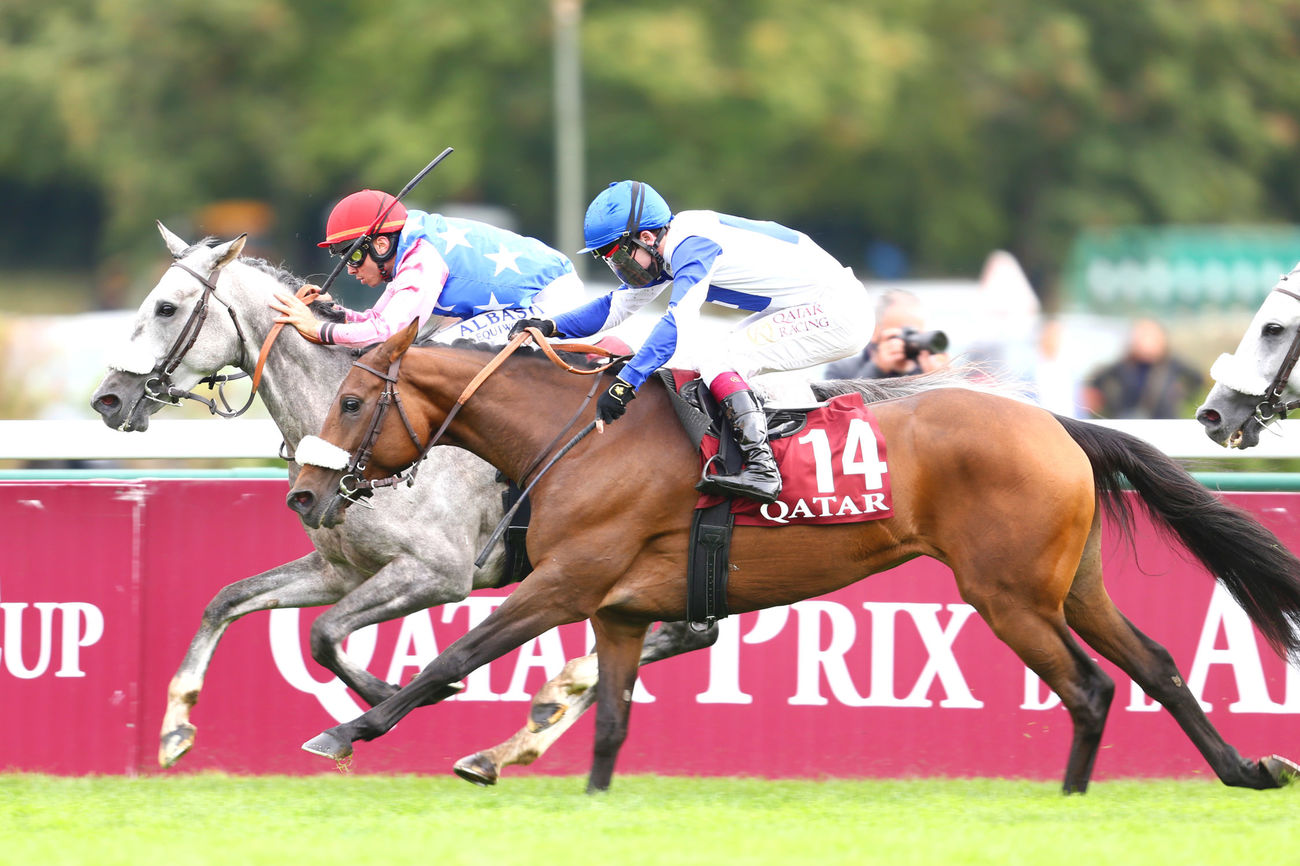