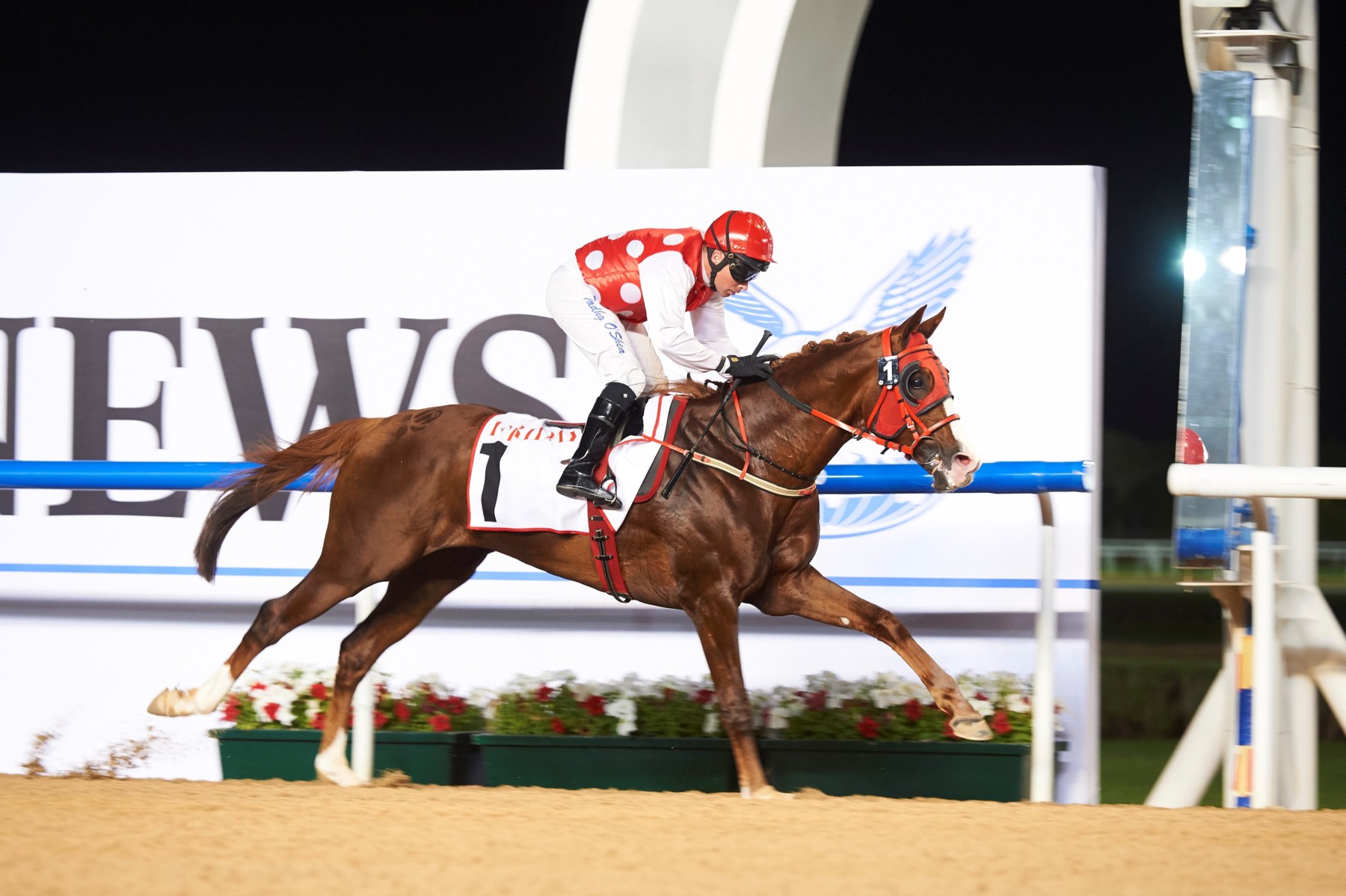 Coming from gate 1, the Éric Lemartinel-trained colt took the lead on the rail, and never saw another horse, pulling away in the closing stages to win easily. Competitive at a decent level in France, Cakouet de Bozouls (Dahess) took a good second place in front of Burning Breeze (Burning Sand), who was coming back from a break.

Coming from an American pedigree, Rb Torch enjoyed the dirt track at Meydan and remains unbeaten from two starts this season. The winning jockey, the Irish-born Tadhg O’Shea, spoke to the Emirati: "Everything played out perfectly, and having the inside draw was a huge advantage for him. On a good day, he is very talented, as he showed today."

Éric Lemartinel elaborated: "I freshened up Rb Torch after his win in Abu Dhabi a month ago.  Nobody wanted to go in front today which played to our advantage. Tadhg (O’Shea) gave him a great ride and I think that we will now have to look at the Al Maktoum Challenge Round I (Gr. I PA) which is in five weeks time, back here at Meydan."

To watch the race: https://youtu.be/mUmtxcKtklc