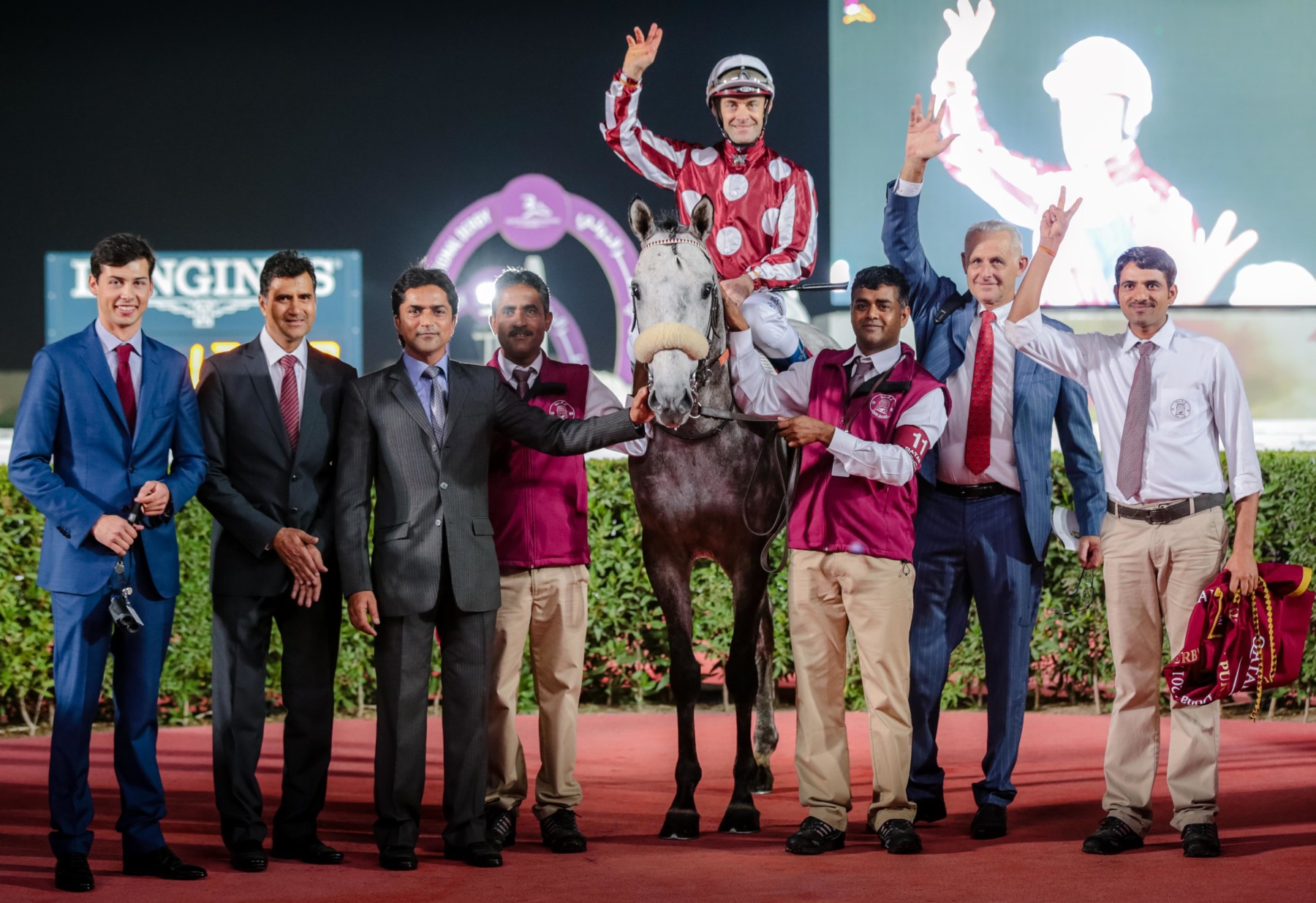 Yazeed (Munjiz) and Ebraz (Amer), who finished respectively second and third in the Qatar Arabian World Cup (Gr. I PA) 2017 at Chantilly, met again in Doha on the 30th December. For the fourth time, the battle between these two colts, who are undoubtedly the best Purebred Arabians in the world on turf, was won by Yazeed. He had already eclipsed his rival in the Purebred Arabian Guineas in their last race together. Both colts ran in the Qatar Cup - Prix Dragon (Gr. I PA), and in this prep for the Purebred Arabian 'Arc'’ the win fell to Ebraz. On the 30th December at Doha, Théo Bachelot kicked on Ebraz very early in the straight. Olivier Peslier and Yazeed, after having had to wait for a gap to open up, eventually won the battle by a neck.

Alban de Mieulle commented: "We have taken our time with this horse. He has only run six times in his career. I was a bit worried today as he was on the inside in the final turn. Olivier Peslier had to wait for a gap to open. However the colt managed to find enough speed to win in a manner that is promising for his next races. I think that Ebraz will improve from this race. These two horses are undoubtedly the best in the world in this category. Yazeed will be back in February [editor's note: for the Emir’s Sword] and, of course, he will be aimed at the Qatar Arabian World Cup."

To watch the race: https://youtu.be/70dOGv32XHI

The son of a champion