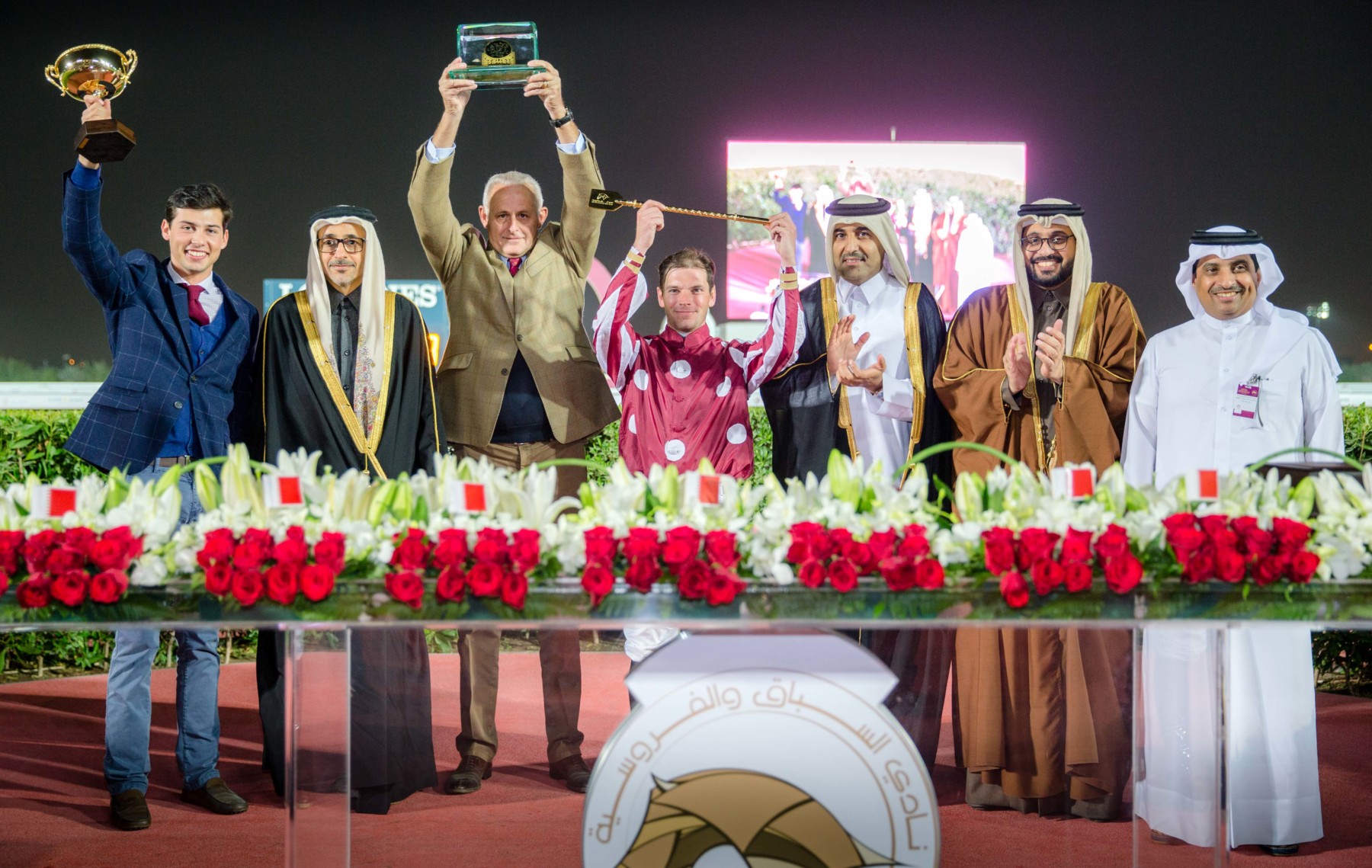 Second in both of his starts this season, this time TM Thunder Struck was held up along the rail by Jean-Baptiste Hamel. The latter then chose to move to the outside in the final turn, coming around the field to follow Reda. TM Thunder Struck and Reda then battled down the home straight, but the eventual winner never ceded an inch to his rival, and held him off to the line. Alban de Mieulle, who trained the winner, spoke to the local press: "We were a bit disappointed that he hadn’t won his most recent races. He has proved that he has the ability, but he’s getting older, he is 8 years old now. We changed tactics with him and held him up, and he showed that he still has the ability to win over 2,000 meters. We knew that he had a bit turn of foot, and as long as you are winning the big races like this, everything is all right."

TM Thunder Struck was winning this race for the second time in his career, the first being in 2015, also ridden by Jean-Baptiste Hamel, when he finished in front of his stable companion Nashmi (Amer). He ran the race that day in 2’11’’14, and this year in 2’13’’45.

TM Thunder Struck was bred in the United States by M.L. Todd Moak. He is the most successful offspring of Bonnett (Burning Sand), the uterine sister to Dixie Darlene (Wiking), winner of seventeen races and Horse of the Year in 1998. This latter is the dam of a number of useful performers, such as Dixies Valentine (Nivour de Cardonne), who received two Darley Awards and won eleven of his nineteen starts, and Grilla (Kong), winner of eleven races, including a number of Group Is PA. TM Thunder Struck’s second dam, BW Ali Catt (ZT Ali Baba), is the dam of Mr Full Service (Sam Tiki), winner of the Arabian Sprint Cup (Gr. I PA) at the age of 11.