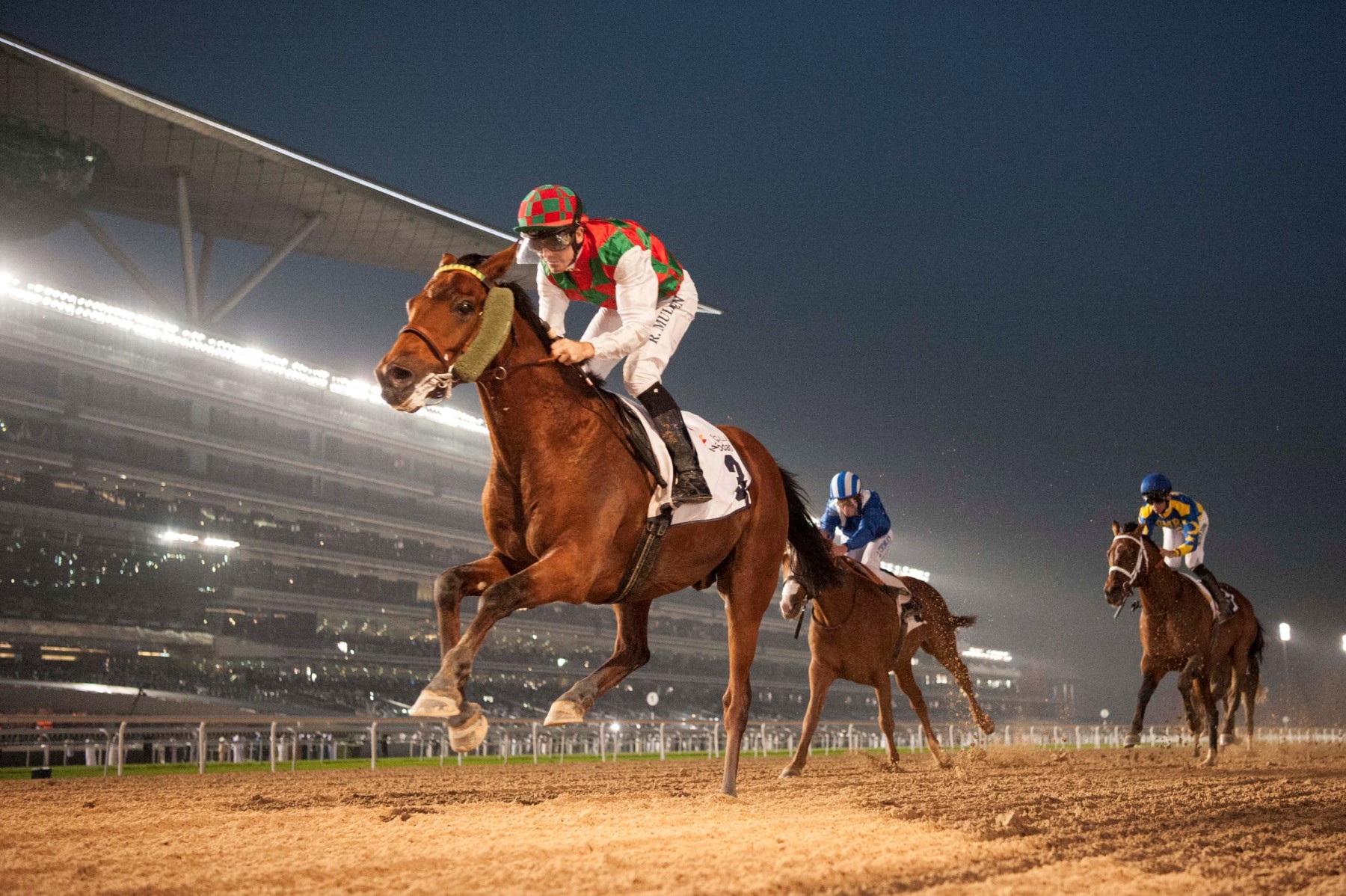 Ziyadd (Bibi de Carrère) was a commanding winner in the Al Maktoum Challenge Round III (Gr. I PA), even though it was his first time on the dirt track at Meydan (although he had previously run once on the sand at Casablanca). He was providing a second Group I PA win to his trainer, Jean de Roüalle, following Loraa (Mawood) last season in the H.H. The President Cup (Gr. I PA) at Abu Dhabi. This win, which was over the same course and distance of the upcoming Dubai Kahayla Classic (Gr. I PA), makes Ziyadd one of the favourites for this big race on the same night as the Dubai World Cup. He runs in the colours of Yas Horse Racing, His Highness Sheikh Mansoor bin Zayed Al Nahyan’s racing operation.

Ziyadd’s stable companion Naziq (Mahabb) took command of the race, as she did when she was racing in France. She never looked comfortable on the Meydan track, on which she was racing for the first time, and she lost ground in the final turn.  Held up until then, the favourites Paddy’s Day (Burning Sand), Barnamaj (No Risk Al Maury) and Ziyadd found themselves on the front line. Ziyadd then quickly took the lead and nobody could catch him.  Barnamaj finished in second place, whilst Paddy’s Day finished well after having Benn caught somewhat flat-footed. Af Al Sajanjle (Af Al Buraq) was at the foot of the podium.

The trainer of the winner, Jean de Roüalle, commented: "We knew that the horse was in good form, but he was running on this surface for the first time and against good horses. It’s very encouraging. We now know that he likes the dirt and Richard [editor’s note: Mullen, his jockey] gave him a perfect ride. He will be aimed at the Dubai Kahayla Classic (Gr. I PA) and the time between the two races is ideal. We will cross our fingers. I would like to thank His Highness Sheikh Mansoor bin Zayed Al Nahyan. Without him, I wouldn’t be here. This is my second Group I PA after Loraa and I have better and better horses in the stable. »

Ziyadd is out of the champion Mizzna (Akbar), who herself won the Dubai Kahayla Classic in 2008, trained by French Éric Lemartinel. She is the dam of several good horses, such as Rabbah de Carrère (Bibi de Carrère), winner of the same Dubai Group I, but in 2014! The second dam Unchainedd Melody (ZT Ali Baba) won the Kahayla Classic three times, from 1997 to 1999.