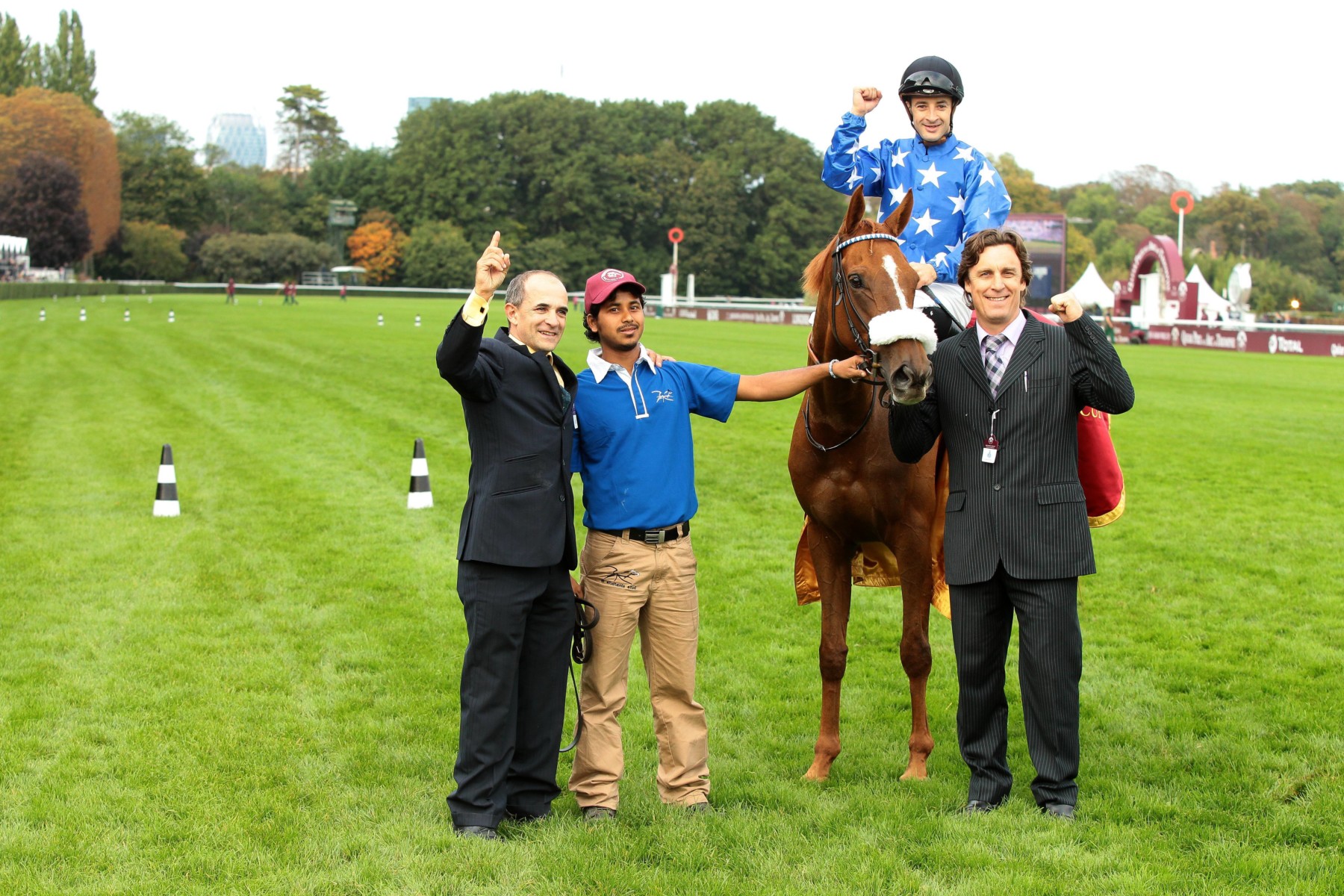 FOUR QUESTIONS WITH JULIAN SMART - "However, I try to leave some improvement in my horses, so that they progress with racing

For over two decades, Julian Smart has trained Purebred Arabians. However, the Al Shahania horses are those which have written the greatest part of his racing odyssey. The trainer for Sheikh Mohammed Bin Khalifa Al Thani answered some questions on the secrets to his success.

The French Purebred Arabian. - How long have you been training in Qatar? How do you explain the level of performance from Al Shahania?

Julian Smart. – I left England when I was 18. I arrived in Qatar in 2009, after spending time in the United Arab Emirates, Oman, the United States, at Canada, where I learned to train Purebred Arabians. In 2010, my first year in Qatar, I was lucky enough to win the Dubai Kahayla Classic for Al Shahania. Of course we have a good team, but the quality of the horses is exceptional. When you have Purebred Arabians the level of Gazwan, Assy, Jaafer, Ebraz… you should be winning the big races. This quality comes from the breeding. If we take Gazwan for example, the bloodline is not the most precocious, but it is extraordinary. There has been huge selection in their broodmare band. Gazwan has also performed. He debuted at 3 years old, before winning the Qatar Derby at 4. The same year, he finished second in the Qatar Arabian World Cup. At 5 years old, he won his first Emir’s Sword, at 6 the Qatar Arabian World Cup and at 7 his second Emir’s Sword.

With Purebred Arabian, the biggest races are reserved for older horses. You are known for looking after your young horses, with those objectives in mind. Is that the reality?

That is the way that I do things. Even if I am beginning to ask some the younger horses for a bit more, as we have a lot of horses. However, in a general manner, I’m not a trainer who likes to push his horses too much. This means that the good horses keep going for longer. Gazwan is 7 years old and he is still at his peak. That is what interests me. To ask everything from them in one year, before disappearing, is not the way to win races for older horses. You learn every day from your mistakes, and experience has taught me not to be hard on them in the mornings. His Highness Sheikh Mohammed Bin Khalifa Al Thani has sent me very good horses, of a quality that is not often seen. So I try to be very careful. I am often asked if I train the Arabians differently to the Thoroughbreds. The answer is no. However, I try to leave some improvement in my horses, so that they progress with racing. Nonetheless, when they are very good, I’m not afraid to head straight to the big races. Ebraz (Amer), for example, debuted in the Prix Kesberoy - Al Rayyan Cup at Deauville, so straight into a Group I PA.

Amongst your wins in the Emir’s Sword and the Qatar Arabian World Cup, which are the most memorable?

All of them! The first was, of course, a particular memorable moment. Jaafer ASF won the Dubai Kahayla Classic and the Emir’s Sword for me. Thanks to him, my first steps into Qatar were successful. I’m not surprised that he is producing well as a sire, as he had a great mentality and a lot of class. Aziz ASF has an interesting story. He only had one eye, but he won the Emir’s Sword despite this particular handicap. Assy made all the breeders in Qatar very proud, and it was a big moment for the local industry. Finally, Ebraz. He beat older horses, in a top class field. There are also a lot of great memories surrounding the Qatar Arabian World Cup. I think that Djainka des Forges (Kerbella) victory was particularly symbolic. We proved that Al Shahania could also win with a horse from Amer’s bloodline, and before he went to stand at stud.

Yes, and it’s a real shame that this is the only elite race over 2,400 meters in the Purebred Arabian race programme across the world. With the French bloodlines that are the base of Al Shahania’s breeding program, I have no doubt over the ability of the horses to stay the trip. The matings are done with the aim of producing horse who can stay 2,000 meters and above, as these are the distances of the biggest races. So, before taking part in these races, they run in the numerous races over 1,200 meters or 1,400 meters in the Qatar race programme, where the Al Shahania homebred are less comfortable. It’s not easy to prepare young horses over trips that are too short for them, even if they are very good. 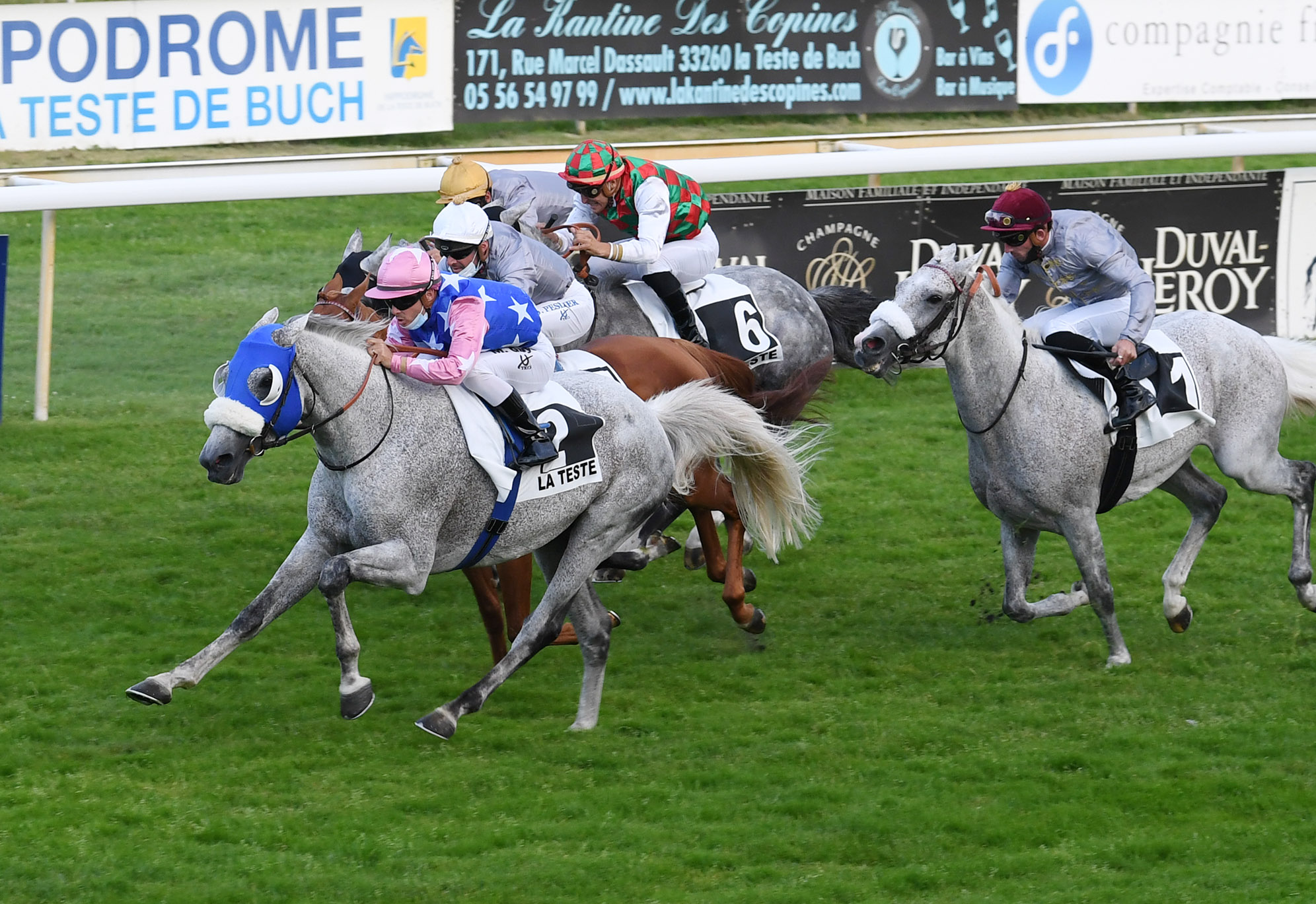