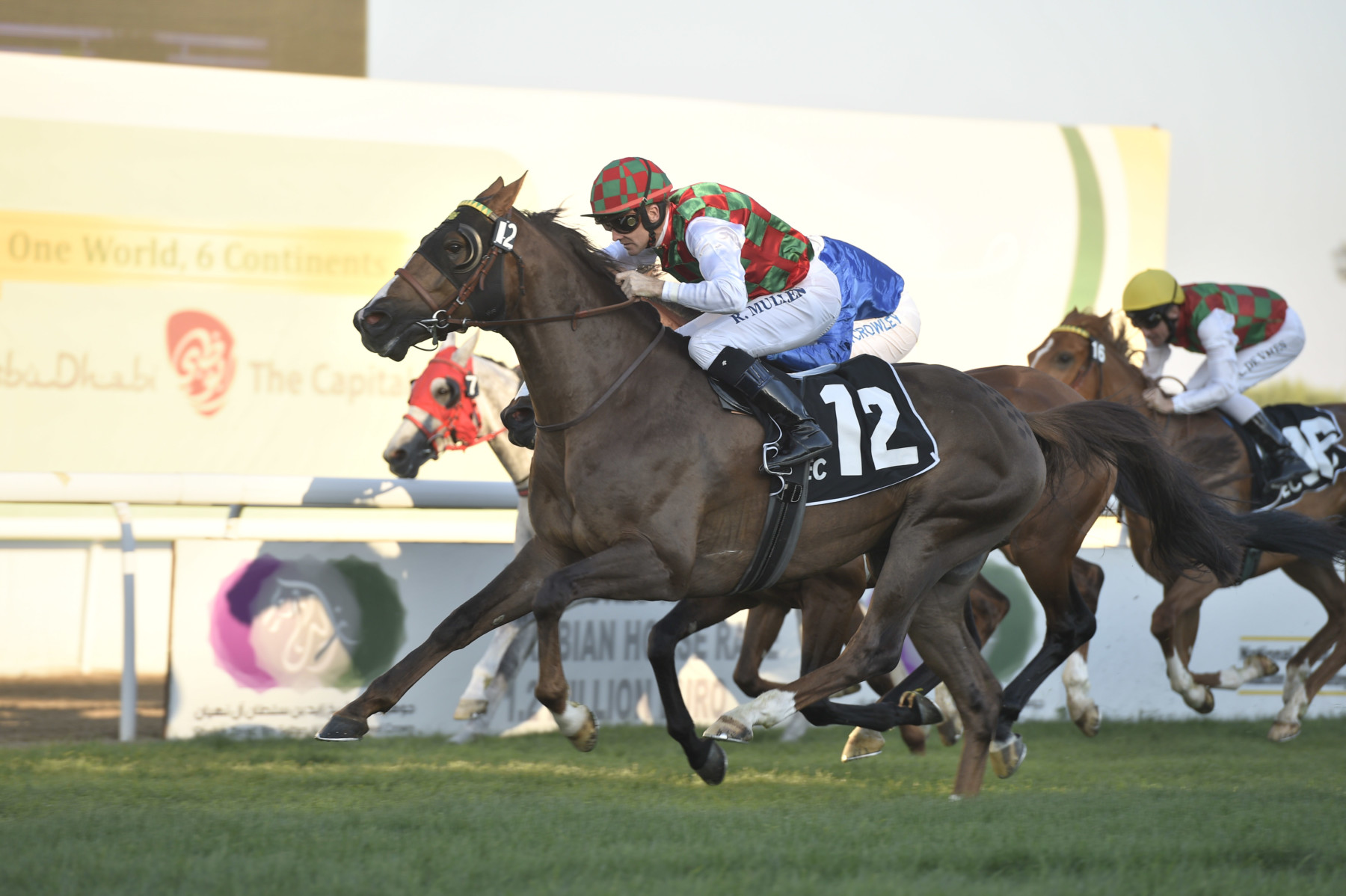 Jean de Roüalle is currently having a remarkable run with His Highness Sheikh Mansoor bin Zayed Al Nahyan’s horses. Thanks to Ziyadd (Bibi de Carrère), who won on the 1st March in the Al Maktoum Challenge Round III (Gr. I PA), he now has one of the favourites for the Dubai Kahayla Classic (Gr. I PA) in his stable. At the beginning of March, his protégé Rmmas (Mahabb) won the Liwa Oasis and could line up in the Sheikh Zayed bin Sultan Al Nahyan Jewel Crown at the end of next year.

The "FR" in the first two places

In the race led by Hamza (Al Nasr), the eventual winner raced mid-division on the outside. His jockey had to be patient. He came smoothly up through the middle of the field before joining Bon Baiser de Faust (Madjani) to battle it out for the victory in the straight. Rmmas produced a burst of speed to have the final word and passed the post with a lead of less than a length. The talented Baiser de Faust, bred by Jean-Paul and Gérard Larrieu, finished second.

Richard Mullen, the winning jockey, commented to the press: "Fair play to the horse because drawn nine in a big competitive field like that is never ideal. He won nicely here over 1,200 meters last time but that was from a nice low draw whereas today we were out wider. That is now three wins for the horse from just four UAE starts and, trip wise, he seems very versatile. I imagine that will be his last race of the campaign and, fingers crossed, he will be an exciting sort for next season. » Jean de Roüalle elaborated to the local press: "Rmmas improves with each race. Perhaps the Sheikh Zayed bin Sultan Al Nahyan Jewel Crown - Gr. I PA, in eight months' time, could be an objective for him. He deserves to be running at this level." Rmmas began his racing career in France, trained by Didier Guillemin. In France, he was second in a Listed but never managed to finish in the money at Group level. Since his arrival in the Emirates, all that has changed. He won in the dirt on just his second start. His third run, in the  Al Ruwais (Gr. III PA), was his first success at Group level.