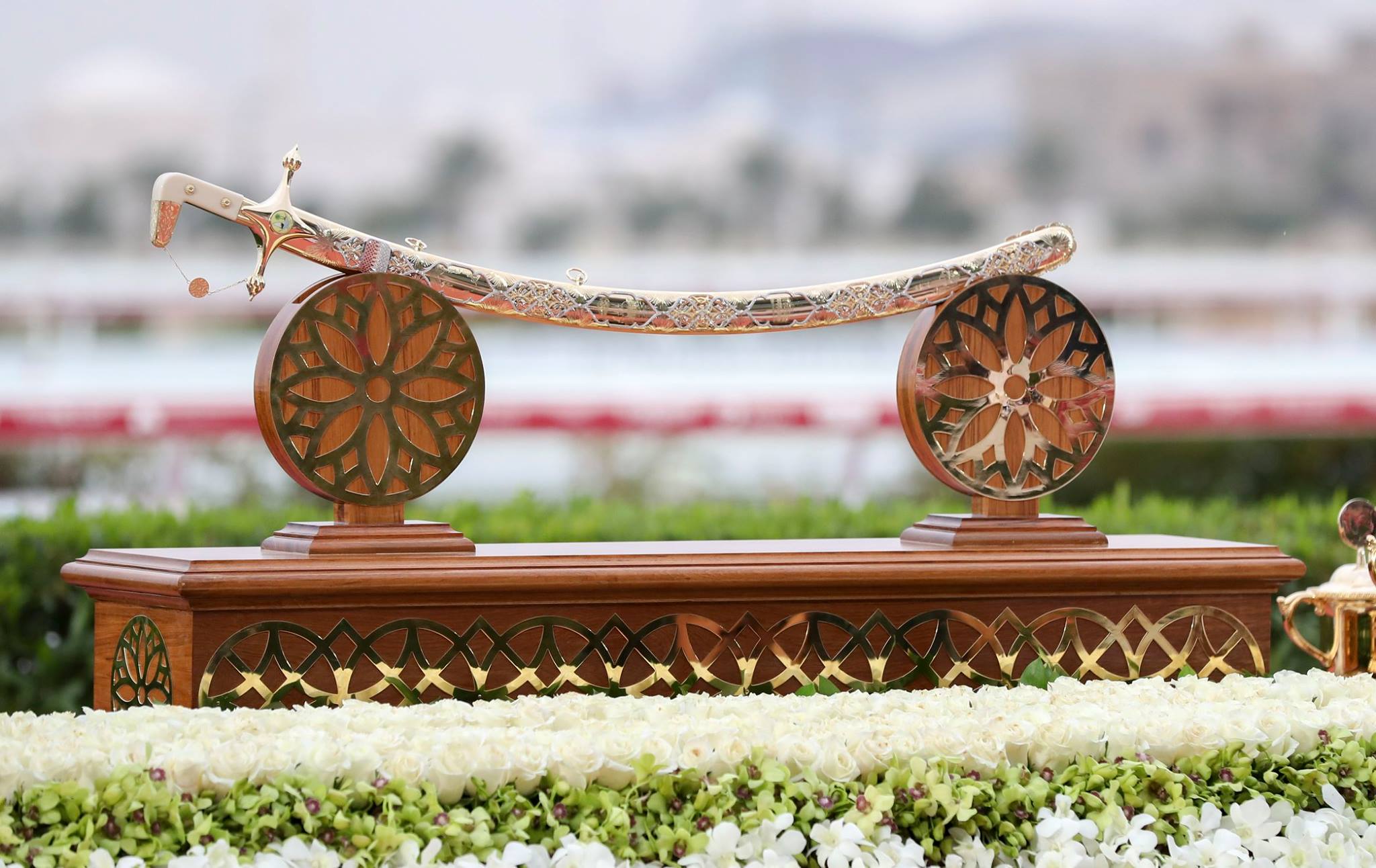 THE EMIR’S SWORD 2018, ONE OF THE GREATEST RACES IN THE HISTORY OF PUREBRED ARABIAN RACING

Ryan Skelton is the official handicapper for Qatar and Racing Equestrian Club (QREC). From this position, he is uniquely placed to observe the evolution of racing in the country. The British national gave us his take on the level of local competition, a few days prior to their big race meeting on the 24th February at Doha.

Jour de Galop. – What was your experience prior to this post?

Ryan Skelton. -– I was born in Zimbabwe where I began my handicapping career before heading to South Africa. I have been working in Qatar for twelve years, and I can attest to the vast improvement in quality. The 2018 edition of the Emir’s Sword (Gr. I PA) brings together the three best Arabians in the world, who were also all on the podium of the Qatar Arabian World Cup (Gr. I PA): Yazeed (Munjiz), Ebraz (Amer) and Gazwan (Amer).

What do you think of the level of the Emir’s Sword, the big Purebred Arabian race?

There is always a very good level in this race. However everything this year points to atop class running. Certainly one of the greatest in its history. And maybe one of the best races since Arabian horses have been running internationally. Ebraz is a really good colt, and he has only ever been beaten when he has run against Yazeed, multiple times, which is unusual. There is not much between them in terms of their ratings, 127 for the former and 126 for the latter. We are going to have a great match. And don’t forget Gazwan who often brings his best form on the big days, even though he is lacking a prep race. He’s beaten some very good horses in his career, including Al Mourtajez (Dahess), Yazeed, Ebraz… It would be difficult to find better Arabian horses on the turf than those. Otherwise, pay attention to Chaddad (Mared Al Sahra). He’s had problems, but on his best day he’s a good horse. Finally, Shabih Alreeh (Jaafer ASF) is coming off a second place in a race worth a million dollars in Saudi Arabia.

How do you evaluate the horses bought out of training in Europe to continue their racing career in Qatar?

The ratings given here are comparable to the international rating. We base ourselves off those numbers to find their new rating in Qatar. Nonetheless, it is always interesting to see how a horse adapts to its new context. After two or three races at Doha, we generally have a clearer view.

How has the local training and breeding evolved?

In Qatar there are four levels of competition. We have races for horses coming from the provinces, and others for Qatari-bred horses, for both Thoroughbreds and Arabians. The local Purebred Arabian breeding is very strong, and Qatari bred horses have won Group Is PA abroad. We have somewhat lowered the number of races for locally bred horses in order that they can run against imported horses more regularly, as they are at a certain standard. In counter to that, those local bred horses who finish in the first five receive a bonus. Generally in Qatar the number of Purebred Arabian horses remains stable, with a large population of high quality horses. Finally, concerning the training, we can attest to the improvement and increasing professionalism. This is due to the the international events, which push everyone to take on the external competition and thus try to improve their level of performance. In addition, in the world today, people travel, and learn. The competition in Purebred Arabian racing is often dominated by Al Shahania and Umm Qarn. However with the Thoroughbreds, due to the arrival of some quality horses, the competition is very open between the different local owners. For example, Khalifa Bin Sheail Al Kuwari has had great success with the horses he buys abroad, often from France for that matter, with both breeds. With Easter de Faust (Mahabb) he has a really high quality filly.

The population of Qatar are very interested in sport, in football particular? What is the place of racing in local culture?

The horse is a part of life in Arab countries. It is a major part of their culture. The Doha racecourse hosts a large audience for the big meetings. People come only for the sporting aspect, as there is no gambling in Qatar. There is less attendance at the smaller meetings and the authorities are working to change that.