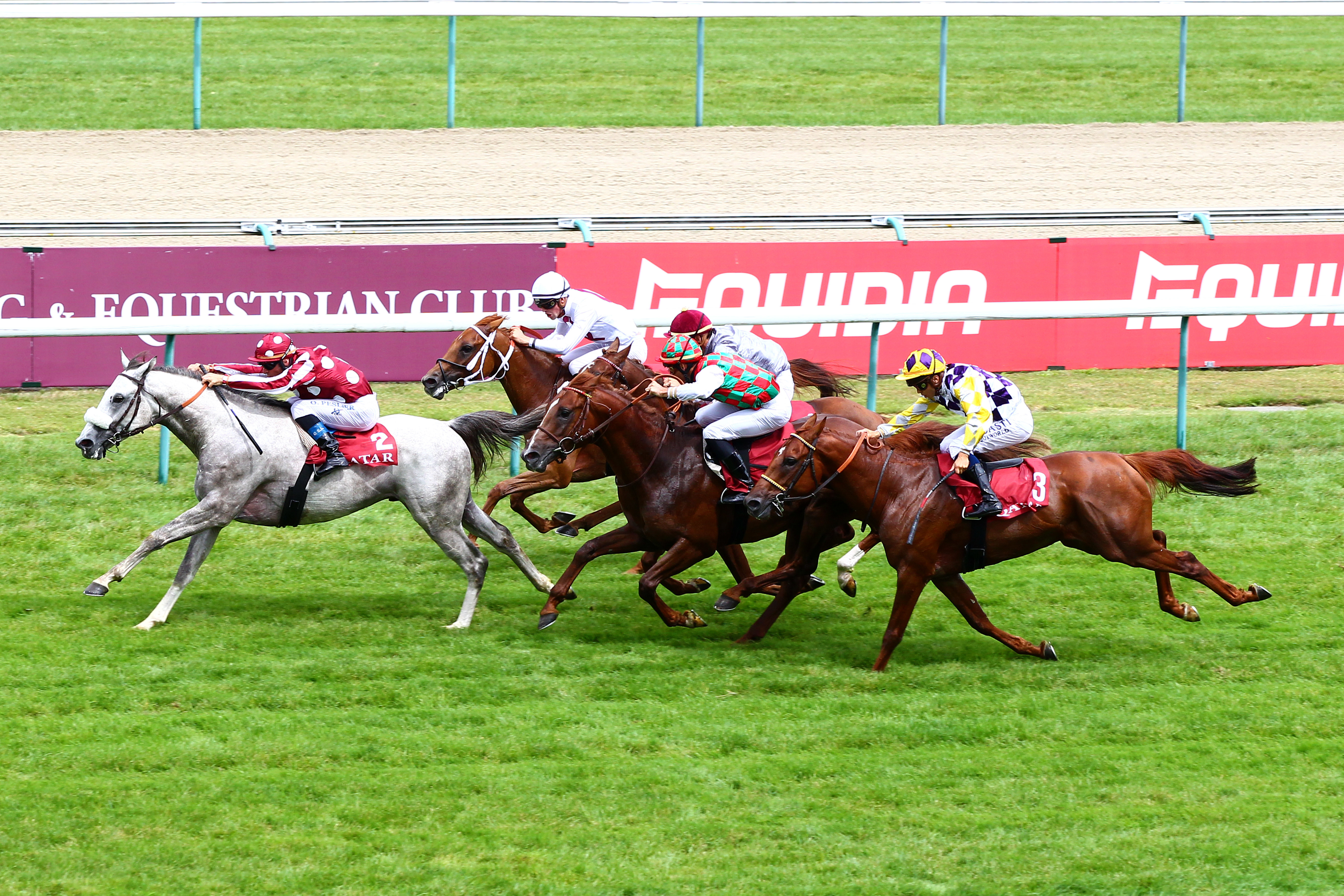 Very highly regarded by his connections, Marid (TM Fred Texas) has started to show his true colours as denoted by his first success at the highest level in the Al Rayyan Cup - Prix Kesberoy (Gr. I PA). He won despite failing to show his full potential. He is this first son of TM Fred Texas to win in this grade. Similarly, it enabled Antoine de Watrigant to savour his first Group I PA training success.

PROVING HIMSELF A CUT ABOVE THE REST

Marid showed the intractable side of his nature before the race by causing a lengthy delay to the loading process after refusing to enter the starting stalls. Once the race got underway, the small field raced in Indian file as Mashael (Séraphin du Paon) set the tempo. The winner sat handily in second whereas the favourite, Deryan (Mahabb), was last but one. In the straight, the pacesetter gave way as Marid cruised into the lead. Olivier Peslier, showing all his savoir faire, was content to allow Marid to do his own thing and, consequently, his mount was able to turn back Deryan by a neck. Although the latter took time to warm to his task. Fettah du Loup (Kerbella) was noted doing his best work at the finish by running on from the back of the pack to take third.

MORE SCOPE FOR IMPROVEMENT ON THE CARDS

Antoine de Watrigant said: "He isn’t a straightforward horse but he is very good. He’s above average and I’ve been a bit apprehensive as time has gone by that he wasn’t been developing along the right lines as he has a tendency to ‘toy’ with other horses. In the final bend, he started to leap about but he has acquired more speed since making his debut. He was very laid back on his introductory run and I have removed the blinkers. One has the feeling that he has the ability to go faster. He is very strong physically but isn’t aware of this. Today, I’m happy as there is the victory aspect, of course, but there is also the pleasure of repaying the confidence invested in me by the owner and his racing manager Alban de Mieulle. He is going to be aimed at a Group I PA race at Saint-Cloud." The Mont-de-Marsan trainer hasn’t been training Purebred Arabians for very long, but he has enjoyed notable success in this area. In July he recorded respective wins in the President of the U.A.E. Cup (Gr. III PA) and The Shadwell - Coupe du Sud-Ouest des Pur-Sang Arabes (Gr. III PA) with Aoun (Mahhab) and Taymour (Mahhab)

TOWARDS A REMATCH AT SAINT-CLOUD

Didier Guillemin, the trainer of the second Deryan, opined: "He was very laid back and I’m of the opinion that he wasn’t at his best today. At one point, I thought he was going to finish fourth before he laboured his way into second. Next time out, I think he will be ridden more prominently – that is to say closer to the pace. His next target will be a Group I race at Saint-Cloud." Élisabeth Bernard, the handler of the third Fettah du Loup, said: "It was a race completely devoid of pace and one which was to the total disadvantage of the hold-up horses such as mine. He was held-up but was never really relaxed. The lack of pace didn’t enable him to use his turn of foot."

A MATERNAL LINE OF DISTINCTION

Marid spent his early days at the Haras du Grand Courgeon.  His dam, the prolific Al Dahma (Amer), won twenty-five races from the ages of three to eight. Her roll of honour takes in: the Coupe d’Europe des Chevaux Arabes (three times), The French Arabian Breeders’ Cup Mile, The Emir’s Sword (twice), The Qatar International Trophy (four times), The Sheikh Mohammed bin Khalifa Al Thani Trophy, The Qatar National Trophy Day at Doha (twice), The Dubai International Stakes, The President Cup and The Malazgirt Trophy (Gr. Is PA). As a broodmare, Al Dahma has produced the very classy and close second in The Qatar Arabian World Cup (Gr. I PA): Yazeed (Munjiz). Général (Amer), the full brother of Al Dahma, is a stallion at the Haras du Grand Courgeon. A high class performer on the track, he won two editions of the Qatar Arabian World Cup (Gr. I PA). 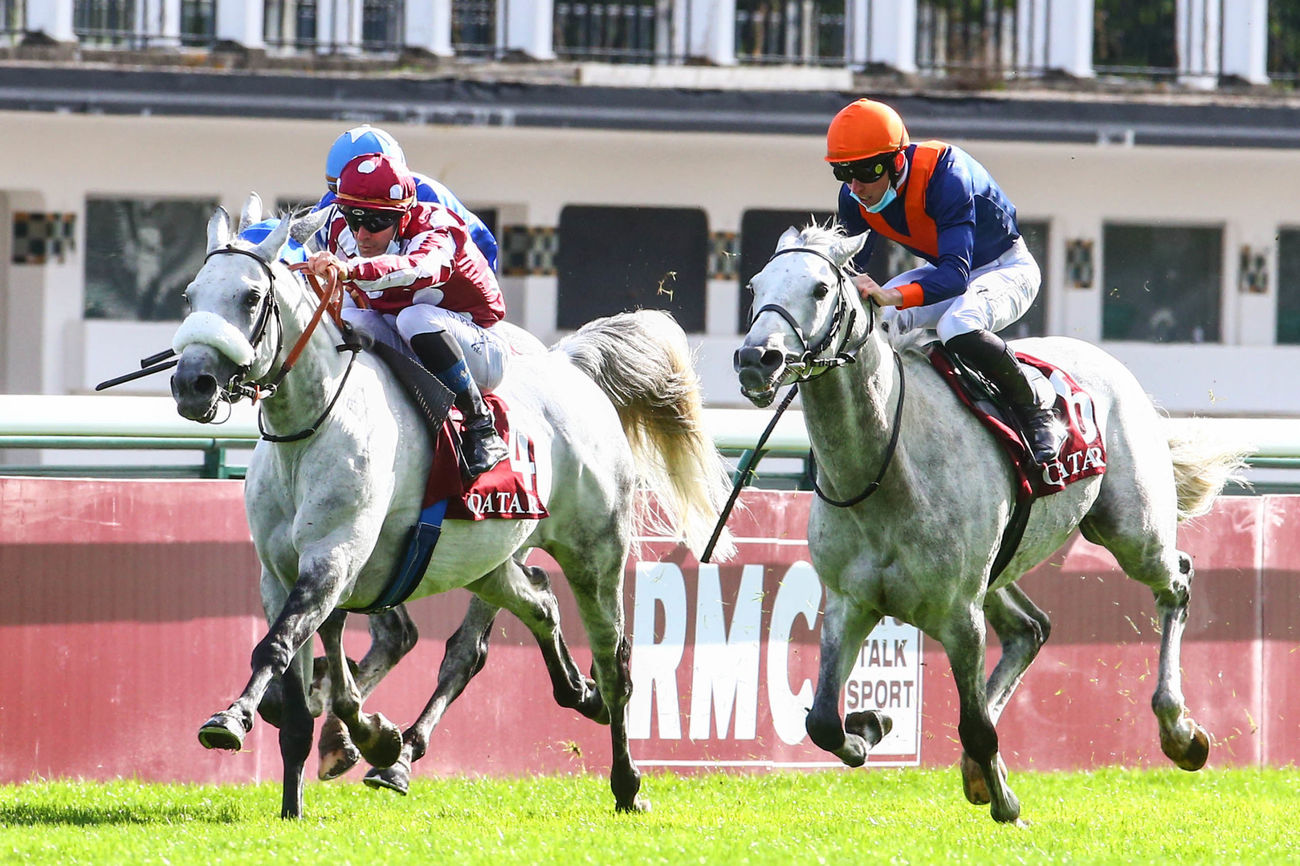 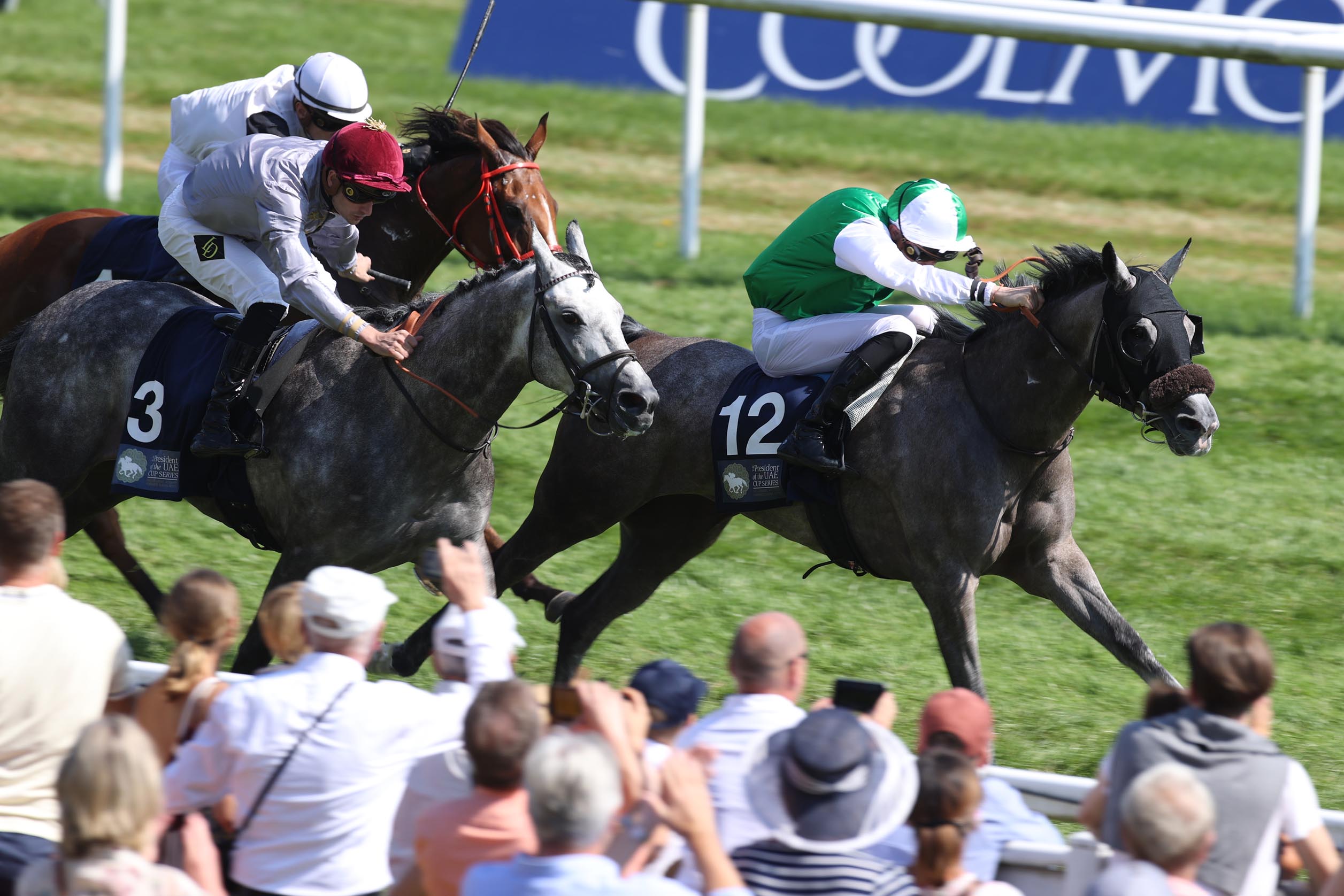