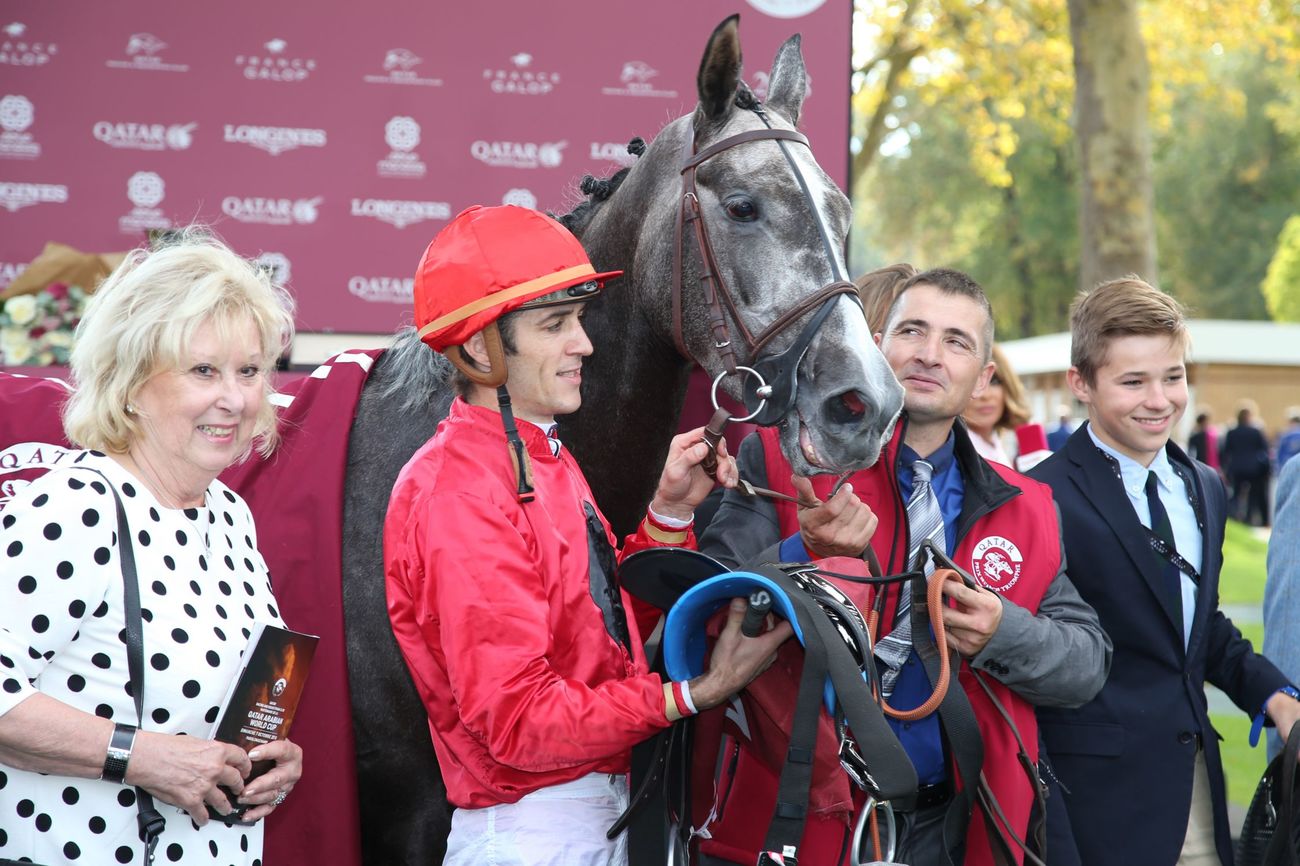 French-born but trained in Poland, Fazza Al Khalediah (Jalnar Al Khalidiah) has proved to be a real champion in his adopted homeland. He also provided Polish PA racing with its first big win on the international stage, although no one could have foreseen on how events would unfold. The winner of his first nine starts, he then suffered a first career defeat when beaten by France’s Ijram (Amer) in the Nagroda Europy (Gr. III PA) at Warsaw in August.

The ground was too fast for him on that occasion and he set the record straight by taking the world’s most prestigious prize: the Qatar Arabian World Cup (Gr. I PA). The soft ground at ParisLongchamp proved to be just what the doctor ordered, as the winner turned in a performance which was very pleasing on the eye. The final time of 2'13''22 is inferior to previous editions, but both the manner and margin of victory can leave one a little dumbfounded.

In order not to get caught out, the Al Shahania stable employed Aaley Al Magam (Amer) as a pacemaker. The latter cut out the donkey work and was tracked by his stablemate Ebraz (Amer) who is in the same ownership. Fazza Al Khalediah was initially sighted pursuing an inside course in the group bringing up the rear. On leaving the bend, the pacesetter weakened and gave way to Ebraz and Rajef (Jaafer ASF). As the rest of the field fanned out in the straight, Fazza Al Khalediah made his effort towards the middle part of the  track. Well-ridden by Pierantonio Convertino who got his timings spot-on, the subsequent finishing kick of Fazza Al Khalediah proved decisive in that it assured victory. Fifth last year,

Khataab (Amer), was the author of a power-packed surge which enabled him to finish just over two lengths away in second. The Thomas Fourcy runner put his best foot forward on this occasion after a few disappointing efforts. Ebraz was a close third. Making their efforts on the wide outside, the defending champion Gazwan (Amer), Yazeed (Munjiz) and Rodess du Loup (Dahess) all finished strongly, if a little late, in this order.

The greatest day of his life

Fazza Al Khalediah is trained in Poland by Michal Borkowski for whom this was an intense emotional experience. He said: "I was initially a bit worried after seeing my horse badly placed towards the back of the field – that is prior to him making progress between horses. Once the gaps came his way, I was confident and he won fairly easily. It’s the greatest day of my life although I’m not sure whether I will ever have another horse like him." A week after the race, the horse’s connections said that they intend to take the direction of the world’s richest prize for PA horses, The Jewel Crown, at Abu Dhabi.

Thomas Fourcy had every reason to be satisfied by the performance of Khataab, who delivered an improved performance compared to last year. He said: "Khataab ran very well and performed better than expected as I anticipated him finishing fourth or fifth. I’m a little surprised to be beaten by a horse who was coming off a second place in Poland, but races are there to be run and the winning connections were right to make the trip. Khataab has always been a good horse. He has won at Group I level but certainly didn’t steal that victory. He’s going to enjoy a break and the plan is to train him with next season very much in mind – if everything goes well. I’m very disappointed by the performance of Al Mouwaffak (12th) as he had been training well in the lead-up. However, the pace was a fast one and, mentally, he wasn’t in the same place as the other horses. He was unable to deliver his finishing kick and will almost certainly be retired as a stallion." Ten days after the race, Thomas Fourcy told us that Khataab will have a break – after which he will follow a similar path to the same big ParisLongchamp prize in 2019. However, the location of where Al Mouwaffak will stand as a stallion has yet to be revealed.

Julian Smart, the trainer of the third and fourth Ebraz and Gazwan said: "I wasn’t familiar with the winner but congratulations all the same! He has to be a champion to beat the best horses in the world in such a manner. I think that Ebraz hit the front too soon. He didn’t contest the prep race as I was of the opinion that I did too much with him last season. My only gripe was the one draw which caused him to see too much daylight. It’s a pity as he subsequently knuckled down to his task in the heat of the battle. Regarding Gazwan, Cristian Demuro opined that he needed the race. We are leaving for Doha on Thursday." Alban de Mieulle said of Yazeed (5th): "He had an off day and we have no explanation."

From a distinguished French family

Fazza Al Khalediah’s dam is Assma Al Khalediah (Amer): second to the champion Al Nachmiya (Azadi) in the Prix Nefta (Gr. II PA). Dalina des Fabries (Dormane), the grandam, was acquired at the Saint-Cloud sales and proved to be a very decent performer.

Second in the Abu Dhabi International Stakes (Gr. I PA), she went on to capture the Coupe Al Asayl, an international race at Craon, which would have been the equivalent of a Group I PA in today’s terms. She also went on to distinguish herself as a broodmare by generating Ocyrrohe (Al Nasr): the winner of The French Arabian Breeders' Challenge (Gr. I PA) at Saint-Cloud. The great grandam Valina des Fabries (Djourman) has produced Falina des Fabries (Dormane), whose five wins comprised The Al Maktoum Challenge and The Abu Dhabi International Stakes (Gr. Is PA). Tracing further back, one comes across the name of Quovalina (Chéri Bibi) who hails from the great line of Nevada II (Djanor). 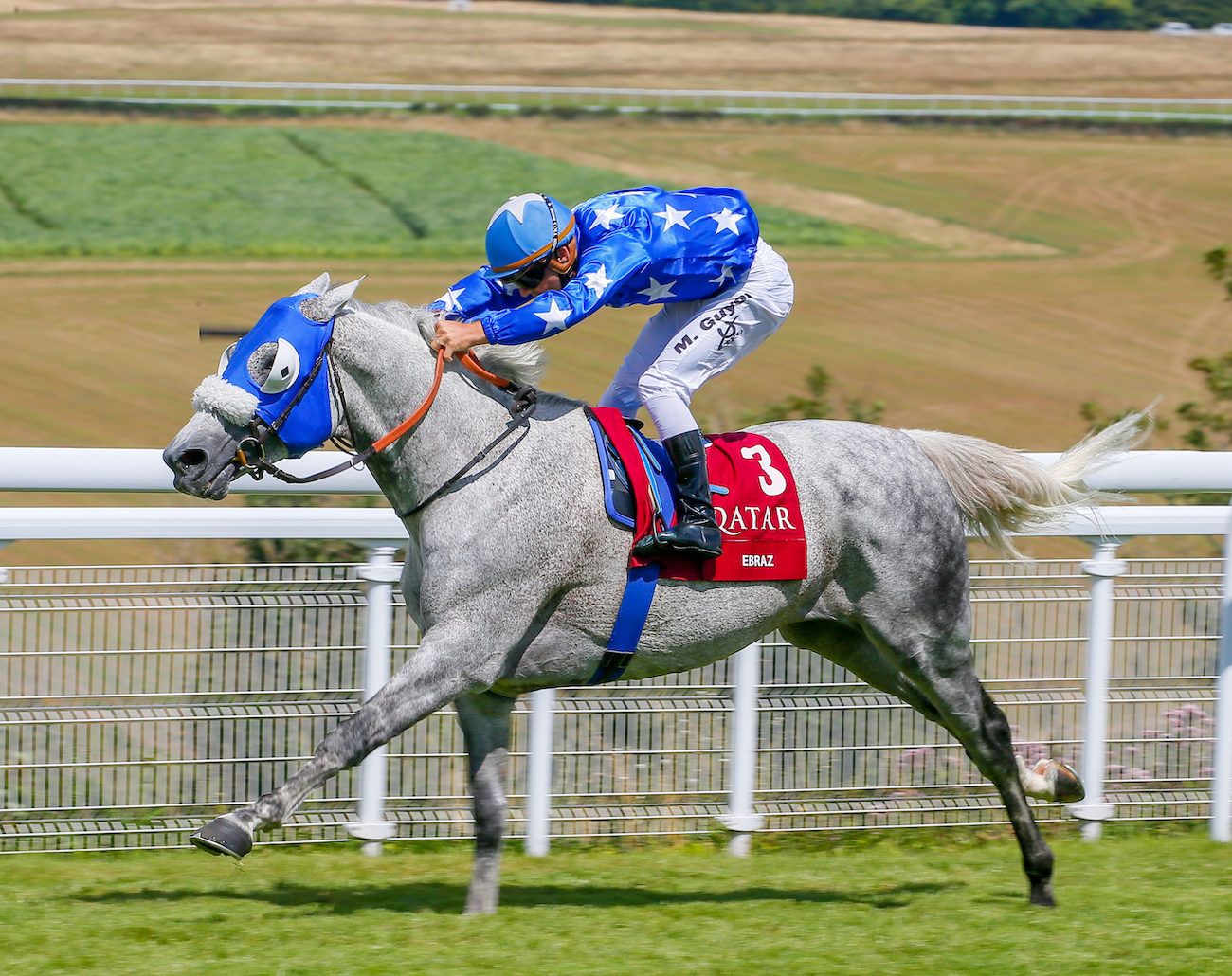 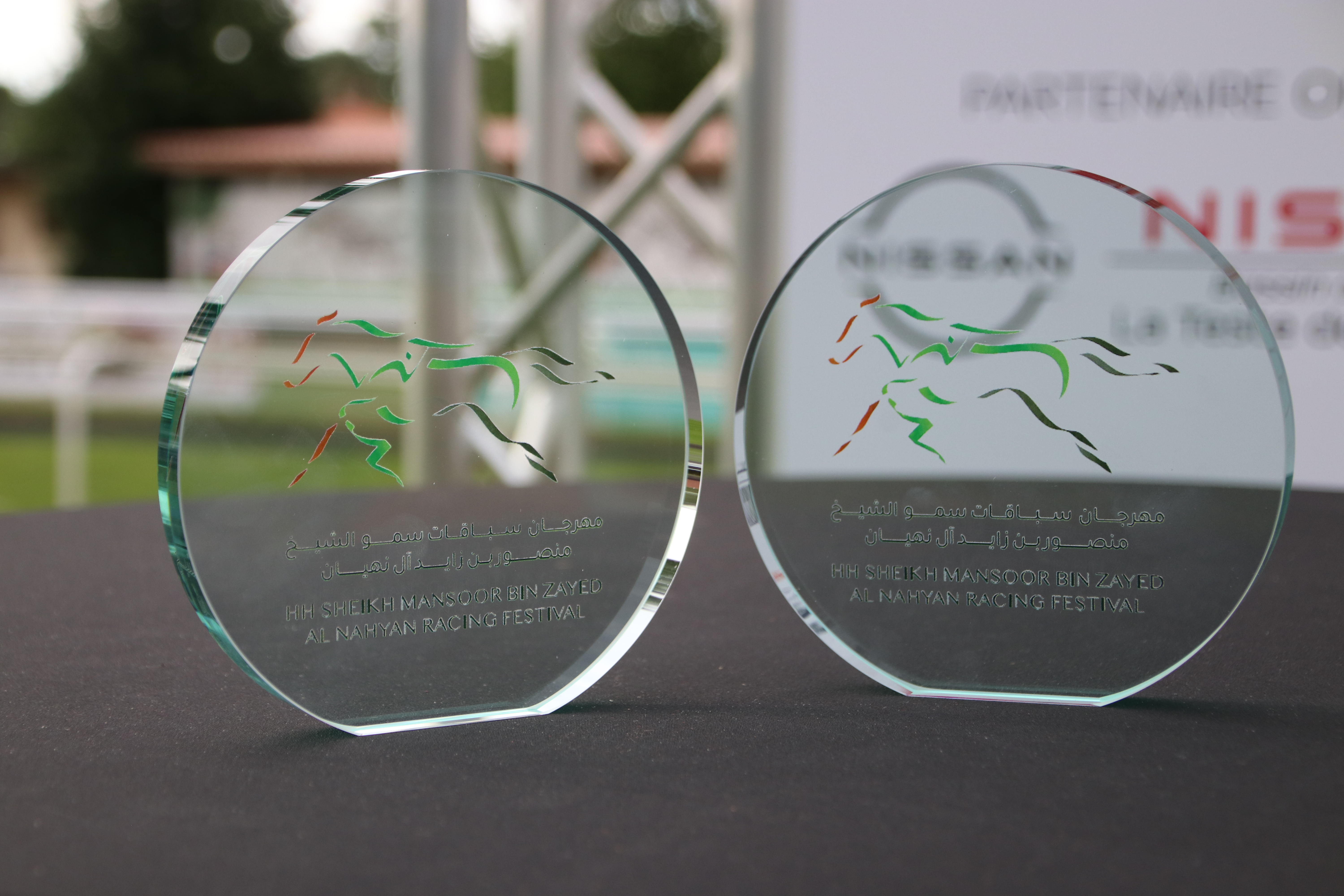