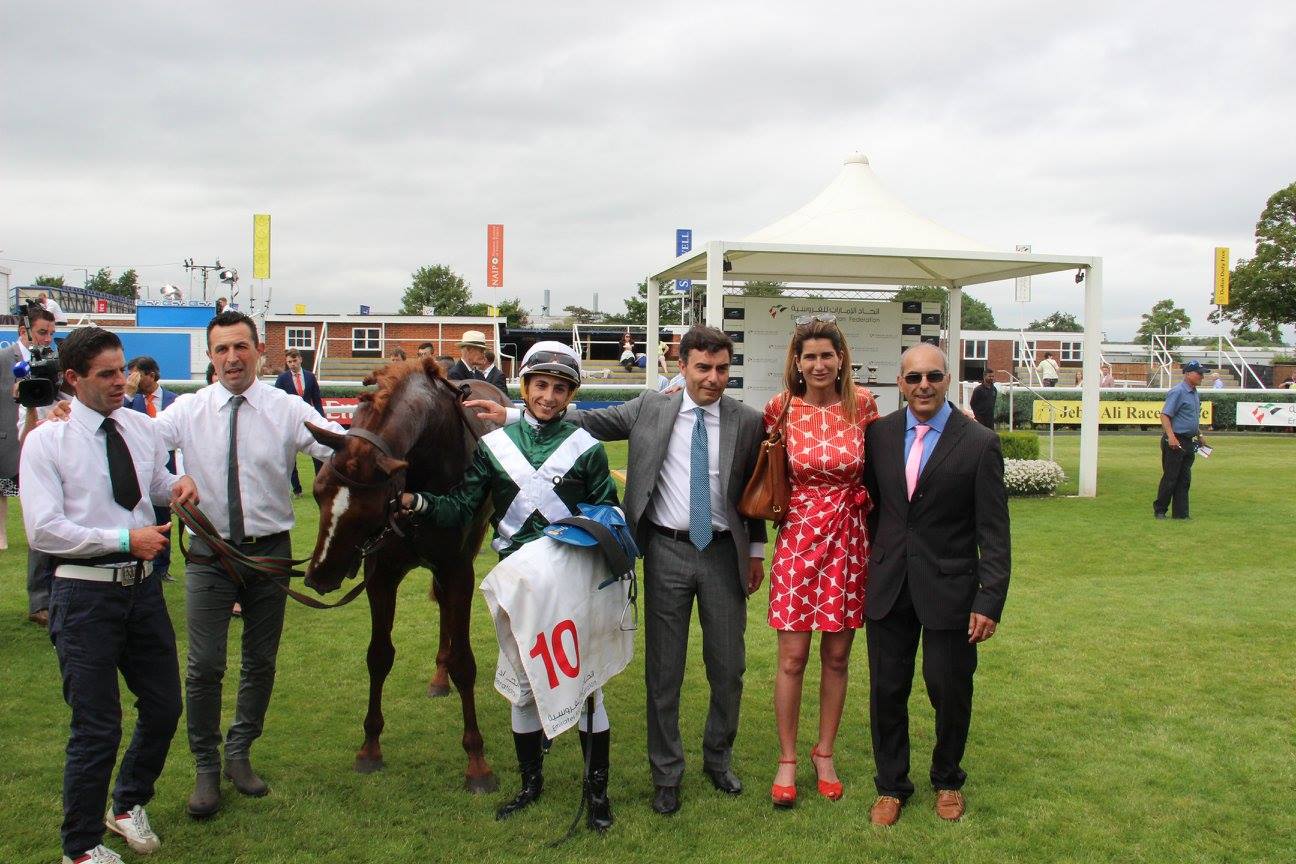 The international ambitions of Cristiana Bravo and Endo Botti

Ever since the victory of ’Urge di Gallura (Caligola) in The Emirates Equestrian Federation International Stakes (Gr. II PA) at Newbury in July 2017, Cristiana Bravo and Endo Botti have become an increasing presence on the Purebred Arabian European Group race scene. Here they elaborate on the reasons for this.

The Italian training record of Endo Botti and his partner Cristiana Bravo speaks for itself in the domain of English thoroughbreds. Having set up shop eight years ago, they have been responsible for a whole host of good performers and for this read: Kaspersky (Aengevelt Meilen Trophy & Premio Carlo Vittadini, Gr. IIs), Principe Adept (Premio Carlo Vittadini, Gr. II), Act of War (Premio Regina Elena Shadwell, Gr. III) and Trust You (Premio Tudini II Tris, Gr. III). They have also successfully tested the waters of the Purebred Arabian scene with the Sardinian-bred Zoe di Gallura (Ulumu). The latter was first past the post in the

Diar International Stakes (Gr. III PA) at Newbury this year, but suffered subsequent demotion in the stewards’ room for hampering a rival. Another of their protégés, Eiman du Loup (Kerbella), was third in the Shadwell Arabian Stallions Hatta International Stakes (Gr. I PA). Still on the subject of the 2018 season, they have had five runners in French Group PA races. Winne Taouy (Dahess), fifth in the Prix Chéri Bibi (Gr. III PA), has since been acquired by Gérard Larrieu, of Chantilly Bloodstock fame, after going through the ring at The Arqana-Afac Purebred Arabian Sales at Saint-Cloud.

A string that is increasing in size

Cristiana Bravo and Endo Botti told us: "We have been training Purebred Arabians for three years. Our very first runner, Urge di Gallura, carried the colours of Giovanna Picconi

and was retired to stud after a five race unbeaten record which included a Group success for three-year-olds at Newbury. This proved to be the focal point as regards increasing the number of Purebred Arabians we have in training. Mr Daverio and his wife rapidly came on board by entrusting us with a few horses from their excellent breeding academy. Mattia Cadrobbi, of Razza de Pine fame, soon followed after that. At present, we train ten Purebred Arabians and it could be said that we have found our niche with these type of horses. The results are certainly encouraging. In Zoe di Gallura, the brother of Urge di Gallura, we have a quality horse capable of competing in France next year. He will be a four-year-old in 2019 and is a very good horse. We are based at Pisa, next to the sea, and have our own training facility. We are only ten minutes away from the main training centre at San Rossore [editor's note: this is where Vincent O’Brien wintered Sir Ivor prior to his successes in the 2,000 Guineas and the Epsom Derby]. The climate enables us to train all year round and the Purebred Arabians have shown a real liking for the wood-shavings training track which measures 2,000 meters. It is noticeable that the endurance capacity of our PA horses has increased markedly in this environment, which has coincided with Sheikh Mohammed Al Maktoum taking a real shine to the region."

Measuring yourself against international competition

"Running in France is no soft touch as the standard is a very high one. However, we are intent on improving and finding the best horses – and to do this we need to measure ourselves against international competition when we have a quality horse. In Italy we have a fairly well-funded race program in relation to the number of horses in training, and the chances of winning a race are appreciable. We can therefore pitch our horses at a fairly easy level on their debuts with a view to taking on the best Purebred Arabians in an effort to enhance their level. It’s important for the breeders as they have commercial objectives in mind when they entrust us with their horses. At present, the situation is evolving n Italy and new sponsors are supporting our races. The winner of this year’s Qatar Arabian World Cup won a Listed race in Milan on July 1st. The number of Purebred Arabian mares being bred to stallions is on the increase as breeders see that it is possible to find an outlet for these horses. Many are based in Sardinia but breeders on the Italian mainland are buying mares in France, for example, in an effort to raise standards."