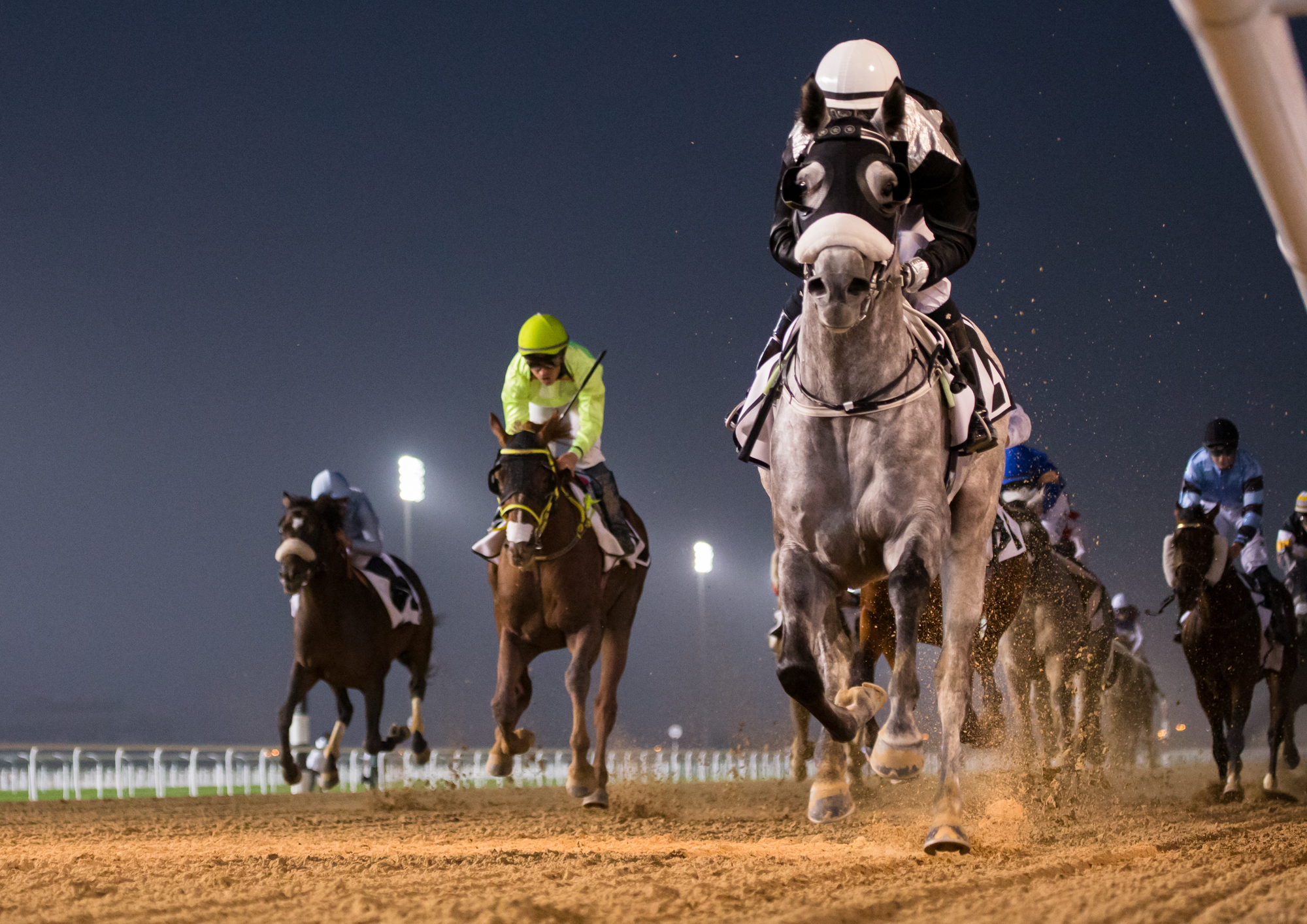 Following the withdrawal of his stablemate, Af Al Sajanjle (Af Al Buraq), in the same ownership, Af Maher (Af Al Buraq) was the sole representative of trainer Ernst Oertel and owner-breeder Khalid Khalifa Al Nabooda in The Al Maktoum Challenge Round 3 (Gr1 PA). Soon at the head of affairs, he was never to be headed and was to prove an easy winner of The Dubai Kahayla Classic (Gr1 PA) prep. Capitalising on his good draw, Af Maher dictated terms from the front and was tracked on his outside by the defending champion Ziyadd (Bibi de Carrère) and Goshawke (Thoroughbred). The order in which they raced was to remain the same until the wire, as none of the runners with the exception of the fourth, Bf Mughader (Falak), the author of a creditable display, proved capable of challenging from off the pace.

A team in top form. Af Maher was tackling Group PA company for the first time, and he left a big impression as a result of his easy win. Both his trainer and owner are enjoying a rich vein of form which was underscored by the success of Af Al Sajanjle in the Mazrat Al Ruwayah (Gr2 PA) at the same track on February 21. The owner-breeder, Khalid Khalifa Al Nabooda, is currently the leading owner in the UAE, whereas trainer Ernst Oertel and leading rider Tadhg O’Shea both head their respective categories in terms of number of winners. The latter said after recording his 501st career success on the UAE circuit: “He’s an uncomplicated ride and was well drawn. Adrie de Vries is also in my thoughts as he was lined up for the ride [on the winner} until the withdrawal of Af Al Sajanjle. Af Maher has a lot of natural speed and, above all, on dirt. He showed a neat change of gear in the straight. He is very good. » This latest win enabled Tadhg O’Shea to creep ever closer to the record of Richard Hills  (503 wins) and he added: « It’s great and long may it continue. »

By a French-based sire bearing the Haras de Saint Faust label. The victory of Af Maher again put the stallion Af Al Buraq (Amer) in the spotlight. His progeny continue to distinguish themselves in the colours of Khalid Khalifa Al Nabooda. The stallion has been based at Haras de Saint-Faust since last season. His production line numbers: Af Al Hazer (third in the Maktoum Challenge R3, Gr1 PA); Af Maqayes (Al Ruwais, Gr3 PA); Af Tawaq (second in The Al Maktoum Challenge Round 3, Gr1 PA); and Af Al Sajanjle (Mazrat Al Ruwayah, Gr2 PA)… Richard Lancaster, the Shadwell, director said: « Af Al Buraq has recently joined our stallion roster and is currently enjoying his second season at the Haras de Saint-Faust (France). He has produced horses that are consistent, courageous and tough types, and ones which have done incredibly well in the UAE. He has proved capable of siring winners over 1600-metres such as Af Al Sajanjle in the Mazrat Al Ruwayah (Gr2 PA), and generating winners over 2000m in the mould of Af Maher. We can see the potential and versatility of Af Al Buraq’s offspring. We are looking forward to seeing his first crop of European foals, and are hoping that they will show the same level ability on the European circuit as their elders have done in the UAE.”

Hailing from a Tunisian bloodline. Out of a mare whose sire is French - a remark which also applies to her dam’s sire - AF Raad (Madour) also bears the bred by Khalid Khalifa Al Nabooda imprint. She won two races on the UAE circuit over 1.400m and 1.600m. AF Beladi, her full brother, gained his only success on dirt. The great grandam was the Tunisian mare, Tahya (Dynamite III), and she is from a distinguished Maghrebi line which is associated with her sire Dynamite III. She is an ancestress of Ezil (Djourman): a winner of 19 races and in the first three in the Emirates Championship, The HH The President Cup (Gr1 PA) (three times), The National Day Cup (twice) and The Maktoum Challenge Round 3. This is also the family of Gerbya (Regal de Khan), second in The Dubai Kahayla Classic (Gr1), and Scheherazade Monlau (Dormane): the Prix Dragon (Gr2 PA) runner-up.