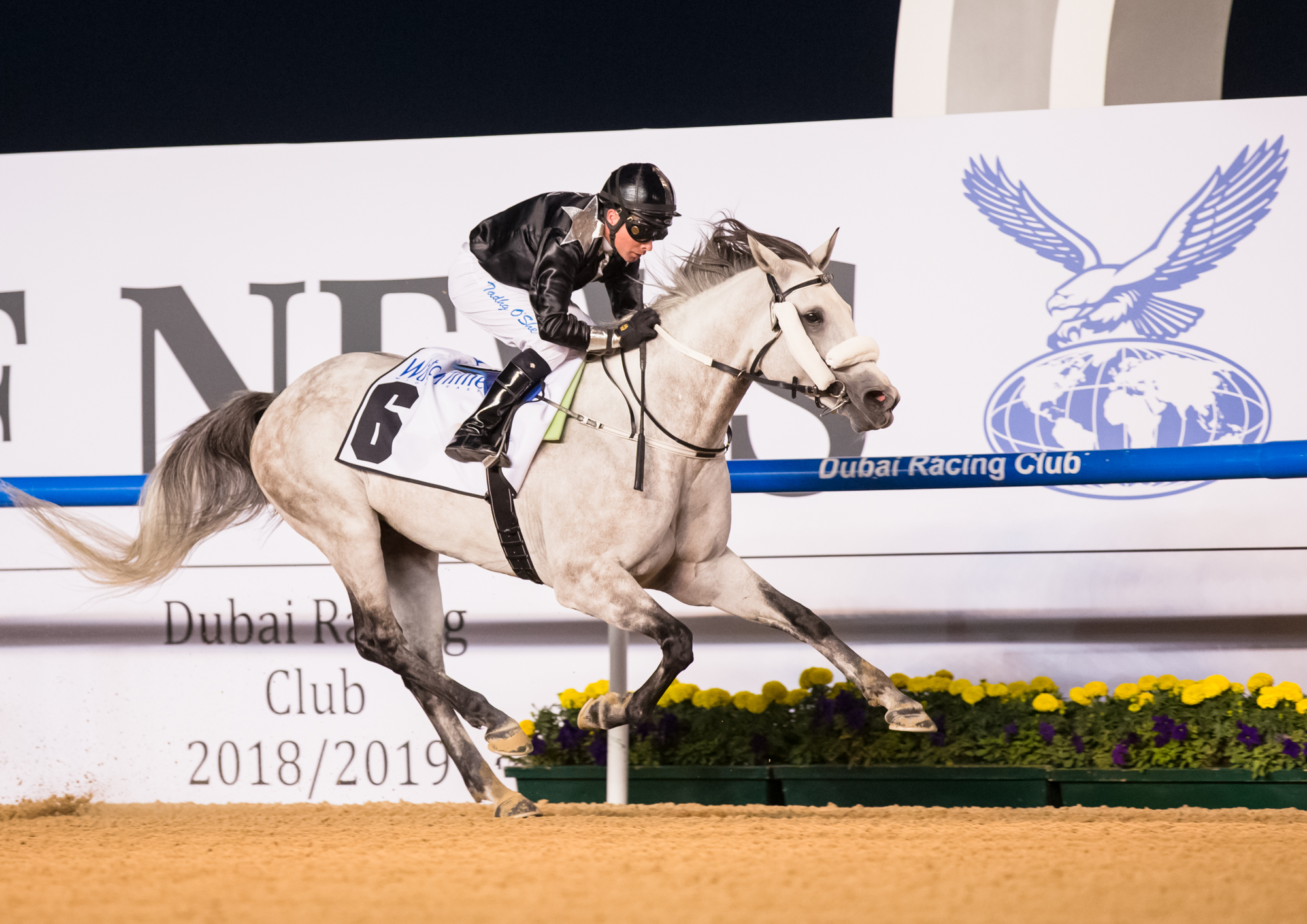 Bred in the United Arab Emirates by his owner-breeder Khalid Khalifa Al Nabooda, Af Al Sajanjle (Af Al Buraq) was seeking an opening at Group level PA. He went on to trounce his rivals in the Mazrat Al Ruwayah (Gr2 PA) over 1,600m on the dirt at Meydan. Third in this same race last year, when demoted from second for causing interference, he was in no mood to employ half measures and scooted home by nine and a half lengths! In common with all the Khalid Khalifa Al Nabooda runners, he is trained by the South African Ernst Oertel and was ridden by the stable jockey in the form of Ireland’s Tadhg O’Shea.

RB Torch (TH Richie) was quickly at the head of the affairs, with his stablemate

Mawahib (Abu Alemarat) – also in the same ownership –, giving chase on his outside after travelling three wide. Close behind, Af Al Sajanjle kept a watching brief on the rails. The latter then whisked the lead off the pacesetter and looked to be travelling very cosily going to the final bend. The author of a devastating finishing burst, he left his rivals for dead. The French-bred Cheik Roque (Dahess) confirmed his return to form by running-on along the rails to claim second. Mawahib again proved his tenacity by holding on to third at the main expense of Najm Alemarat (Dormane). The latter pair are also French-breds.

All roads lead to the Dubai Kahayla Classic. Ernst Oertel, the winning trainer said: "We had been anticipating a good run from him today. He is bred in the purple. The dam has sadly died and, to have such a champion means even more. He should head directly to the Dubai Kahayla Classic (Gr1 PA), particularly as the record of those which contest Round 3 of the Al Maktoum Challenge, the last prep race, isn’t particularly good. We’ve had a very good season and hope one day to have English thoroughbreds in the yard. We’re working on it. »

The uncle of Faucon du Loup. Af Al Sajanjle is a son of the stallion Af Al Buraq (Amer), and this marks his first Gr2 PA win as a sire. He carries the colours of Khalid Khalifa Al Nabood, the top PA owner in the UAE. The above stallion has been based at the Haras de Saint-Faust since last season. Af Al Buraq has generated Af Al Hazer, the Arabian Triple Crown Round 1 (L PA) winner and Maktoum Challenge Round 3 (Gr1 PA) third, another of his progeny, Af Maqayes, proved tops in the Al Ruwais (Gr3 PA) at Abu Dhabi. Af Al Buraq is a full-brother to Af Albahar, himself the sire of Af Mathmoon, the winner of the Dubai Kahayla Classic (Gr1 PA) in 2016.

The UAE-born Al Sajanjle is out of the Jean-Marc Saphores-bred mare Câline du Loup (Manganate). Her other products include the quadruple winning and Qatar International Derby (Gr2 PA) third Kalim du Loup (Darweesh). Câline du Loup is also the grandam of 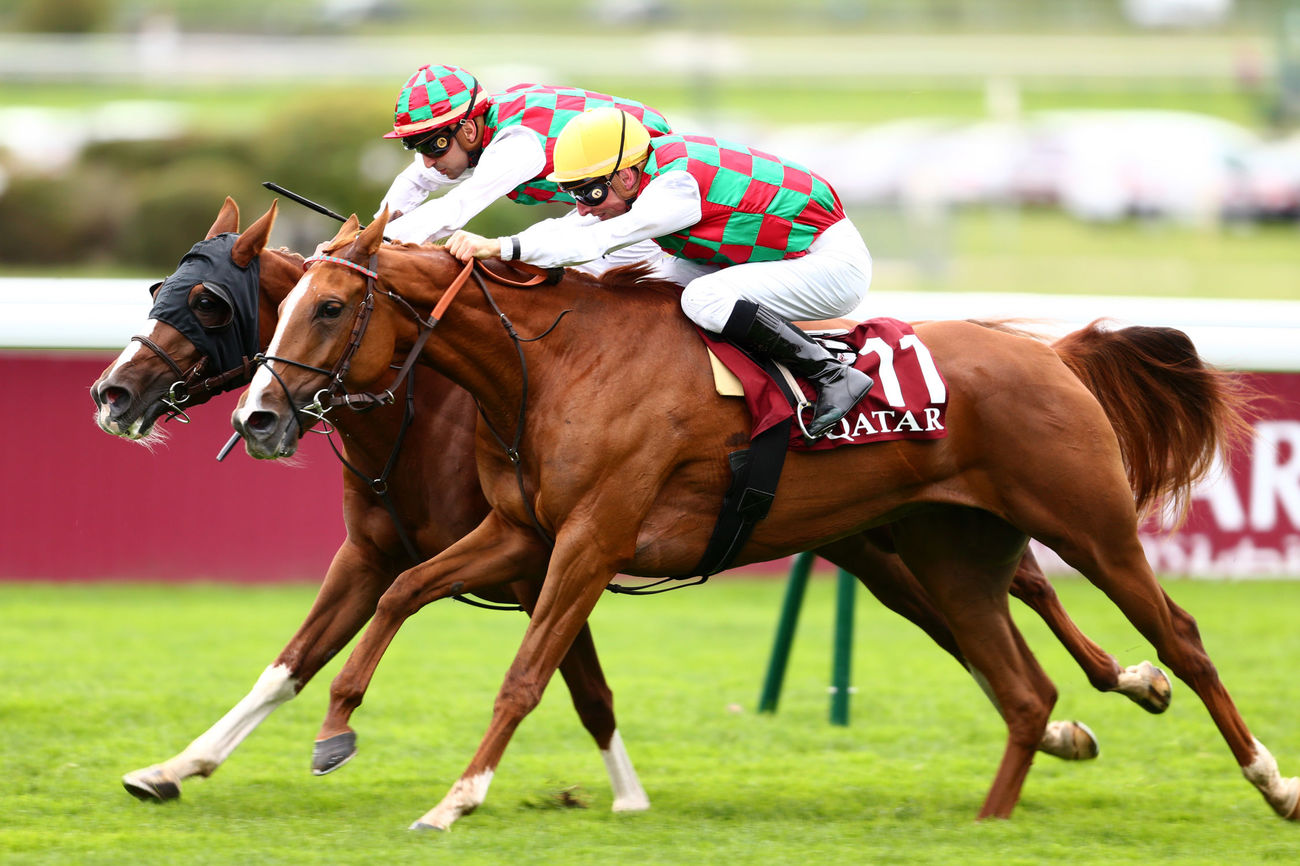 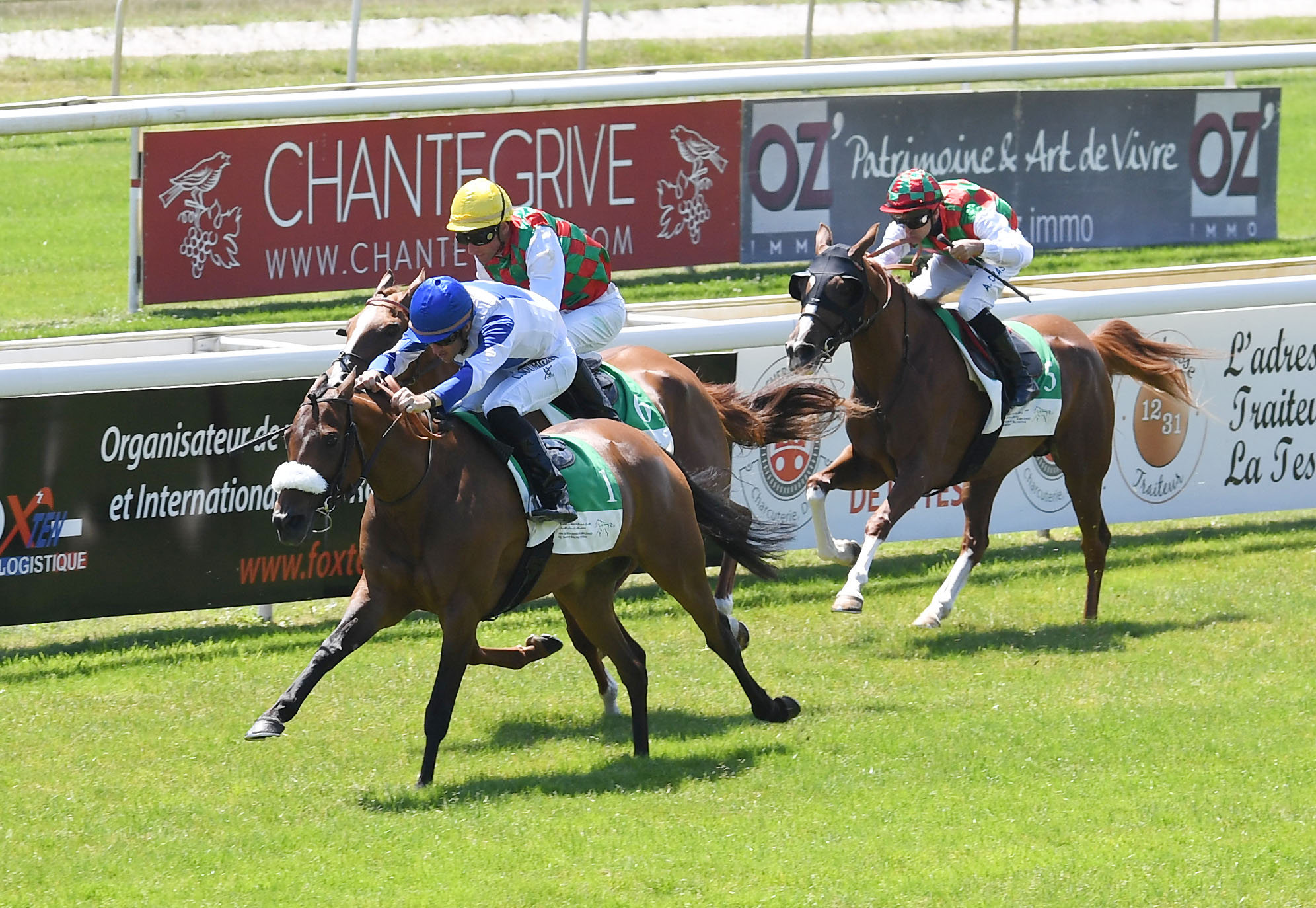