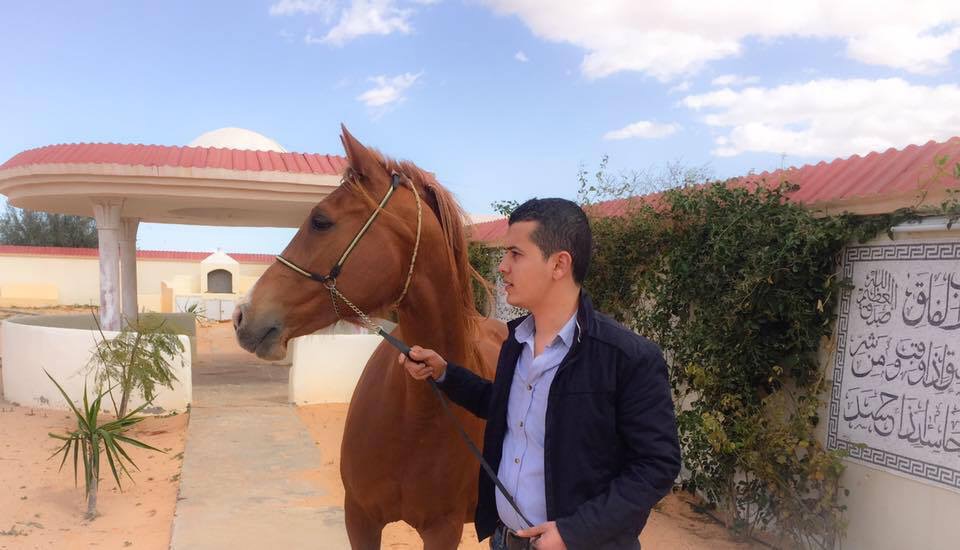 THE BIG INTERVIEW - Moutia Ghorghar: « It’s been my boyhood dream to be able to race and win in Europe »

An eight lengths winning margin. Clearly, there was no disputing the superiority of the winner of the Grand Prix du Président de la République (Gr1 PA): the flagship race for four-year-old Purebred Arabians (PA). We are referring to Issarab (Kandar du Falgas) after he pulverised the opposition. He also shone spotlight on a breeding operation which is making a name for itself: the Malek Stud. Here we get to meet a young man passionate about the sport, Moutia Ghorghar, and very much the driving force behind an equine talent pool of the highest calibre.

The French Purebred Arabian. – The victory of Issarab in the Grand Prix du Président de la République was surely a source of great joy and a recognition of your efforts?

Moutia Ghorghar. – Yes, as we spend our working life building to moments such as this. It’s an immense pleasure and a source of pride for me personally to be able to win a prestigious prize such as the Grand Prix du Président de la République. It’s the fruit of some unrelenting work undertaken over a five year period.

Is this your first win in this prestigious event?

What does this race mean to Tunisians?

It’s the most prestigious prize for professionals in Tunisia as all the breeders, owners and jockeys dream of winning it. It’s akin to winning the Prix de l’Arc de Triomphe in France.

Can you fill us in regarding Issarab - what type of horse is he?

Issarab (Kandar du Falgas) is every owner’s dream. He’s a horse with an abundance of qualities. He’s able to show you a new side to his character each time he trains. He is very easy to place during a race and has a great turn of foot. However, it’s his bombproof temperament which marks him out. A few days before his big races, his mood changes and it’s as if he is gearing himself ‘mentally’ for the task ahead. He’s something special.

Did he showcase his exceptional talent from day one?

His physical makeup has always been a reference point. He showed his class and maturity from day one. The horse also showed exemplary mental fortitude and a remarkable precocity when he first set foot on the gallops. His remarkable powers of acceleration were also soon in evidence.

Can you elaborate on his breeding?

The maternal line is one of the best in Tunisia and of our breeding operation. Rou'ya (Samir & Bint Omran), the dam of Issarab, was a multiple winner in addition to scoring twice at Gr3 PA level. She then went on to excel as a broodmare. Prior to foaling Issarab, she had produced the Gr3s PA winning El Mekdem (Dahess). The latter was also placed several times at Gr2 PA level despite having health problems. Furthermore, Rou'ya is also a full sister to the legendary Lella El Behia, who has special place in the history of the Malek Stud. She generated three Gr1 PA winners from different stallions and namely: Zehika (Hakim du Bac) and Al Waad Essadek (Hajjam), plus the phenomenal talent that was Cherek (Darman). He won six times at Gr1 PA level and as many times in Gr2 PA class.

Bint Omran (Omran), the grandam, was unraced, having been reserved for the breeding shed. She is the dam of Rou'ya, Lella El Behia and Zaghareet (Hajjam). The latter was a triple Gr3 PA winner and was also placed several times in Gr2 PA grade. The renowned Farha (Raoui), the grandam, is a half-sister to leading stallion Esmet Ali (Hazil & Arabelle). Herself a winner, Farha has generated several classic winners, including the multiple winning and Group PA placegetter Madham (Omran); Naghrane (Omran), third in the Grand Prix du Président de la République; plus Fitnah (Dynamite III). This line has also resonated successfully at international level and notably via Séraphin du Paon (Akbar & Bint El Badia).

What are the attributes of this line?

This line is noted for its many qualities including: physique, precocity, incredible cardio-vascular capacities, plus a great propensity for endurance and speed. Tunisian bloodlines are above all known as an influence for speed. Because in-breeding has reached saturation levels in purely Tunisian bloodlines, problems have arisen. Well-researched outcrosses are called for in terms of racing performance, pedigree and physique.

How did the union between Kandar du Falgas and Rouya come about?

This family traces to the much heralded Arabelle. Rou'ya (the dam of Issarab) and Lella El Behia (the dam of Zehika, Al Waad Essadek, Cherek…) came into the world as a result of the "gold cross" breeding process. This is something which is relatively rare but has yielded incredible results. It’s one of the reasons which prompted us to acquire the two full-sisters. This cross is in fact the merging of the lines of Esmet Ali (Hazil ex Arabelle), tracing back three generations, with a mare from the same maternal line, and namely the Arabelle one.  This gives rise to a strong ‘fixation’ point of the bloodlines, and it creates the ideal environment for the outcross process, and namely with the French stallion Kandar du Falgas in this instance.

French bloodlines are invariably those of choice when it comes to choosing alternatives. Kandar du Falgas was a top notch performer on the track. All types of ground and distances came alike to him, and he beat the best performers of his generation. He’s a son of Kesberoy (Saint Laurent) and here’s a name that needs no introduction. The dam, Djoulia du Falgas, is a daughter of Djourman (Manguier). The latter is also the sire of Hajjam – a sire who has produced some high class Tunisian performers. The dam of Kandar du Falgas, Djoulia du Falgas, is a grandaughter of Nevadour (Ourour), whose influence has reverberated globally around the PA world. His descendants which have taken up the baton at stud (Dahess, Nizam, No Risk al Maury, Bibi de Carrère, Rubis de Carrère.) continue to make their mark to this day. Moving away from genetics, we carried out a study with regards to physical attributes, and on this basis we determined that Kandar du Falgas would be the best suitor for Rou'ya.

Are you planning on running him or another horse from your breeding academy in France?

France is the equivalent of Paradise for PA horses. The races there have acquired mythical status and are the ones which every racing professional dreams of winning. It has become the focal point for the best owners and breeders of PA horses in the world. It has always been my boyhood dream to be able to race and win in Europe. I’m aware that it is difficult to compete with the world’s top studs, but we can achieve this by making the right choices and working hard. There is a saying in which I hold great store by and it’s as follows: "Hard work always

brings its rewards". At present, we are in the ‘research’ phase regarding outlining a number of European objectives. It’s possible that we will race there in the summer. Failing that, I’m sure that we will be successful within a maximum timescale of three years. In the meantime we aim to continue developing our core skills, and knowledgeof the horse and our breeding techniques, and achieving this is conditional to being able to compete with the very best.

Is Issarab the best PA horse which you have bred?

It’s a difficult question. We have bred many great horses and some of these have become the best performers in Tunisia during the last two decades. If I had to choose two, Cherek and Issarab would be the standouts.

Which horses from your stud have made their mark in the big races?

Zehika (Hakim du Bac & Lella El Behia) was a multiple Group PA winner. Her victory in the Prix de la République (Gr1 PA, 1,600m), in which she beat some of the finest distaffers,

Can you outline the names of your best broodmares?

Name your stallions of choice and why?

We also breed our mares to sons of Amer: Dahess, Assy, Muneef, Zaeem... During the last few years, we have tapped into a new bloodline which we think will blend well with that of our mares. The stallion in question is So Big Is Better (Burning Sand). We are hoping that our ‘choices’ will translate to success on the ‘track’. During the last century, we were quite inward looking, having been solely reliant on our own Tunisian bloodlines. This resulted in the physical fragility of the breed, as many PA horses were of delicate disposition and tended to break down. Since inbreeding has lessened, our PA horses and our breeding industry have been on an upward curve.

What is the state of play of racing in Tunisia? Have your horses raced in the other Maghreb countries?

The Tunisian racing industry has been bedevilled by a financial crisis during the course of the last few years, and this is something which has afflicted all sectors. However, the passion we have for horses and the will to win, have prompted us to invest as we attempt to expand. We have raced in Libya where our top performers include the mare Ghabra (Tidjam Lotois & Oujala). Both Dahem Essahra (Djelmane & Tohfet Halim) and her are multiple Group PA winners there. We have given serious thought to racing our horses in Morocco. I think that during the course of the next three years, we will be able to tread this pathway with a great deal of confidence. 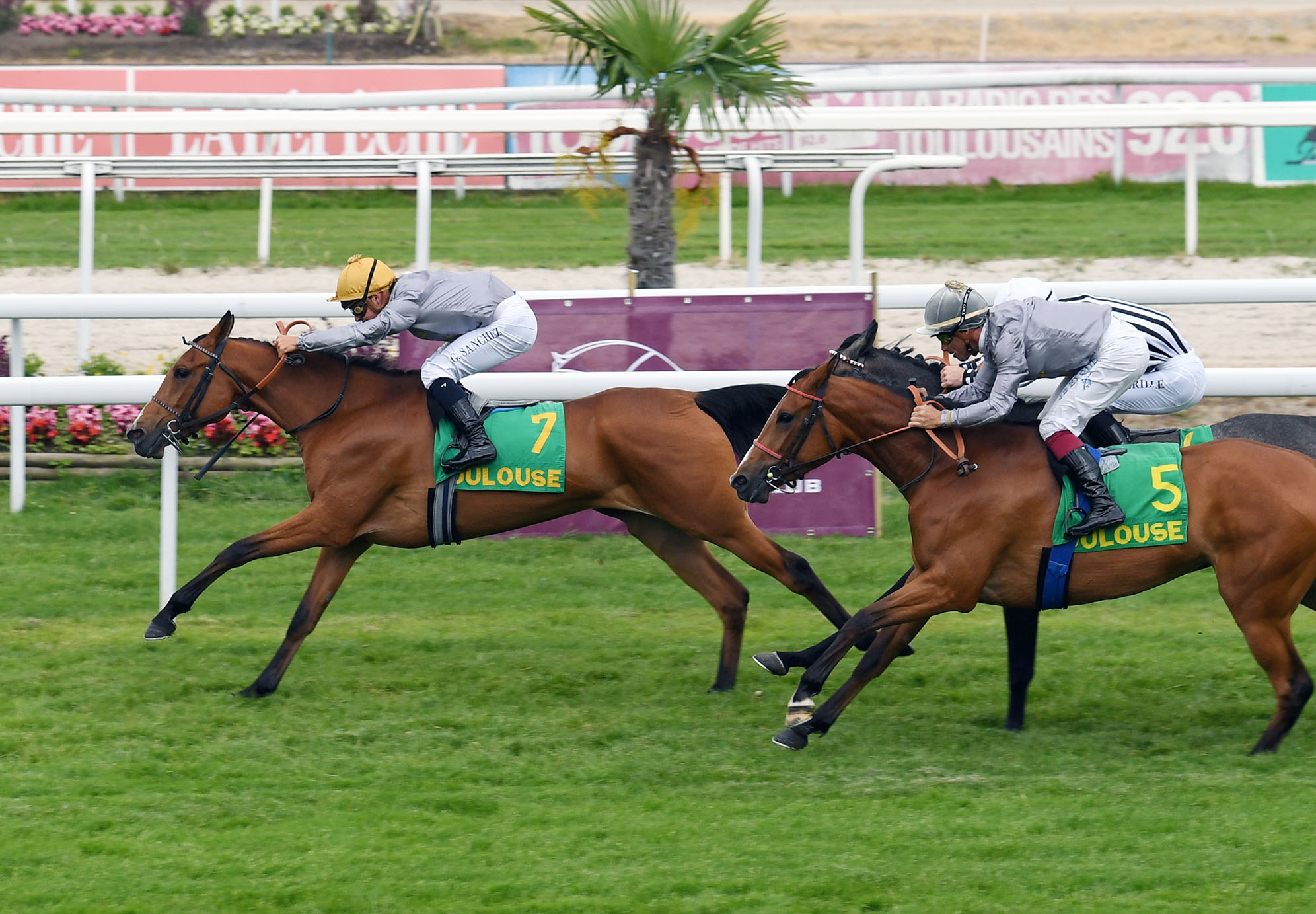 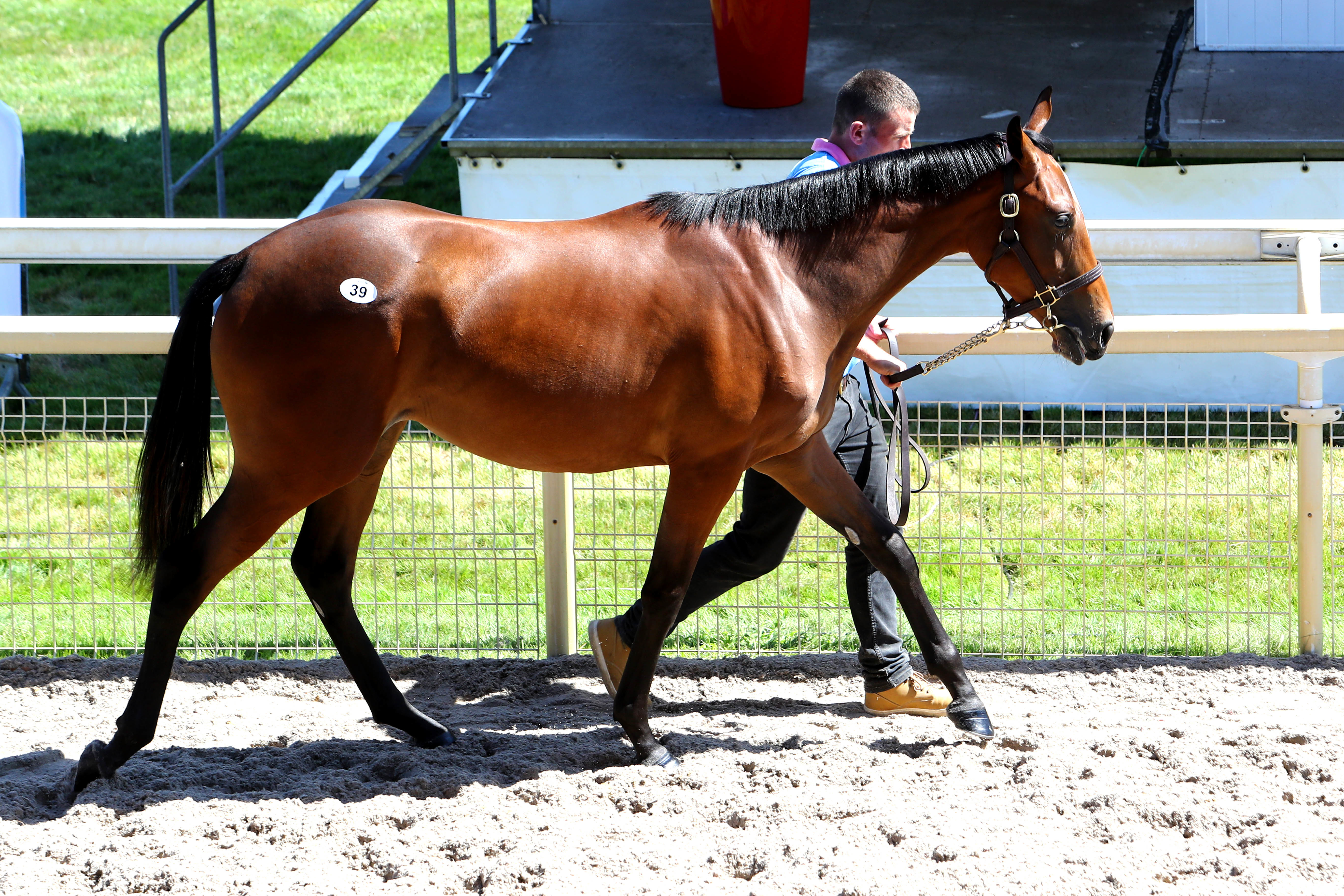