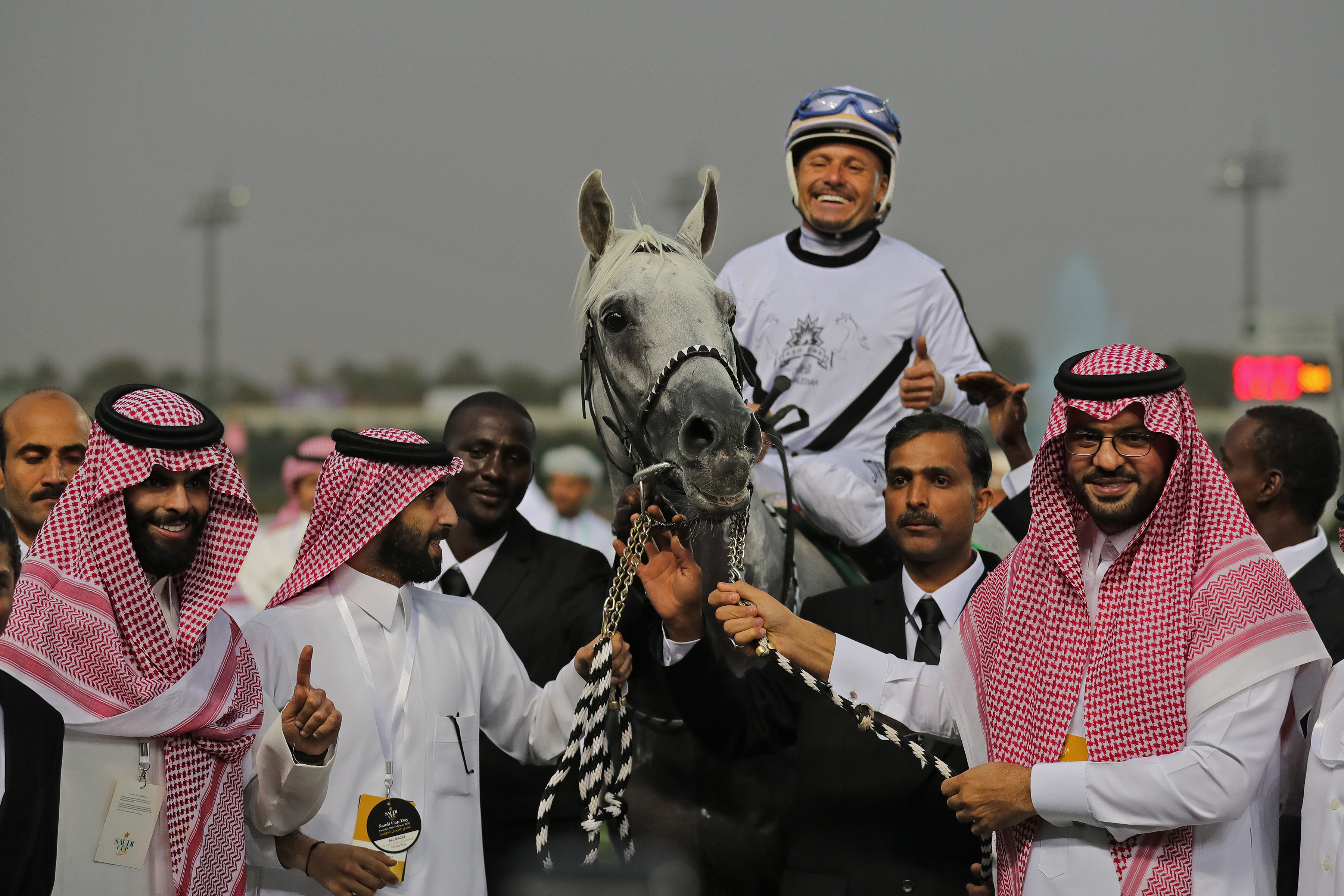 Tallaab Al Khalediah (Jallod Alkhalidiah) is one of the very best PA horses on the Saudi Arabian circuit. He won three editions of the Prince Sultan Cup, and his talent shone to fore on the big stage in the light of his imperious display in the 2018 Dubai Kahayla Classic (Gr1 PA). Fifth in this same race last year, he hadn’t been seen out in public since. However, despite this, his Panamanian rider Roberto Perez took the race by the scruff of the neck from the off by seizing the initiative. Consequently, Tallaab Al Khalediah lorded it over his rivals. Prince Fahad, speaking in his capacity as the Al Khalidiah representative, said: "He isn’t a hold up horse. He invariably wins by racing from the front. We were little concerned coming into the race on account of his lengthy absence following injury, but he showed his true colours. The pressure was on us as regards ensuring that the Al Khalediah name maintains its place at the top. We will now be heading to Dubai."

The French representative Hajres (Nizam), trained by Élisabeth Bernard, turned in a remarkable display which enabled him to be a clear second. Logic dictates that he should now take the route of Dubai and the Kahayla Classic. The Jean-Bernard Eyquem-ridden Masshur Al Khalediah (Jalnar Alkhalidiah) managed to hold on to third. Aoun (Mahabb), the second French runner, raced prominently before backtracking in the straight.

HAILING FROM A US LINE WELL KNOWN IN FRANCE

Siehame (Dormane), the dam of Tallabb Al Khalediah, raced in the United Arab Emirates where she won a maiden race at Abu Dhabi. The grandam, the US distaffer CR Samborsta (Sambor), proved herself to be a top notch performer and her seven wins comprised the

Ajc Delaware Oaks (Gr1 PA). She also proved herself a prolific mare in the breeding shed, as five of her progeny gained black type. They include Dariya (Dormane), whose eight wins

included the Coupe de France des Chevaux Arabes (Gr. I PA) at Chantilly, plus the seven times winning Sahlambo (Munjiz), successful in the Critérium des Pouliches (Gr2 PA) at La Teste-de-Buch. Three full sisters to Siehame, Assrar, Siheme and Syrianah, are part of broodmare bands in France, with the first named pertaining to that of His Highness Sheikh Mansoor Bin Zayed Al Nahyan), and the latter part of the Patrick Saint-Martin operation. 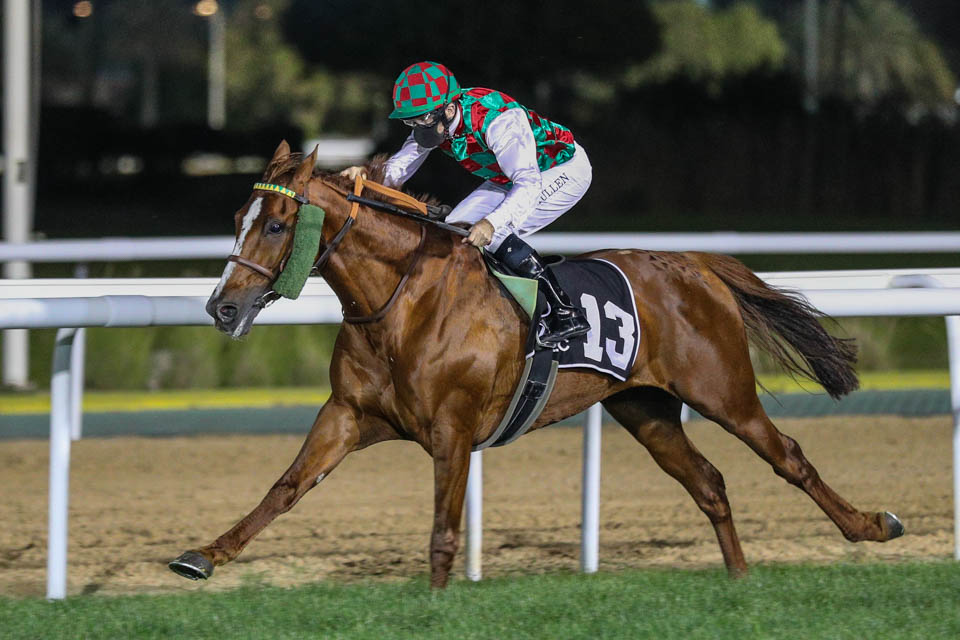 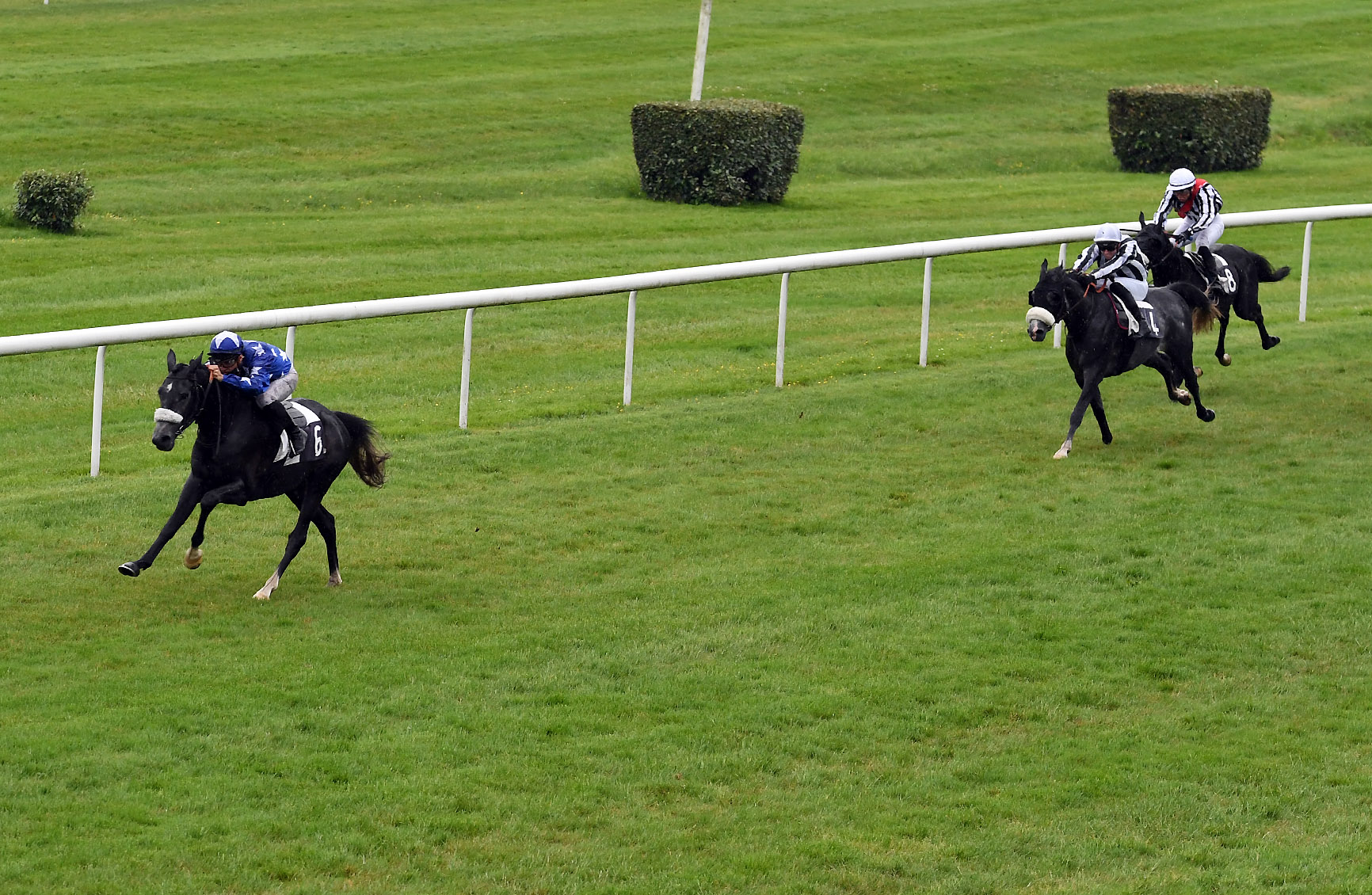