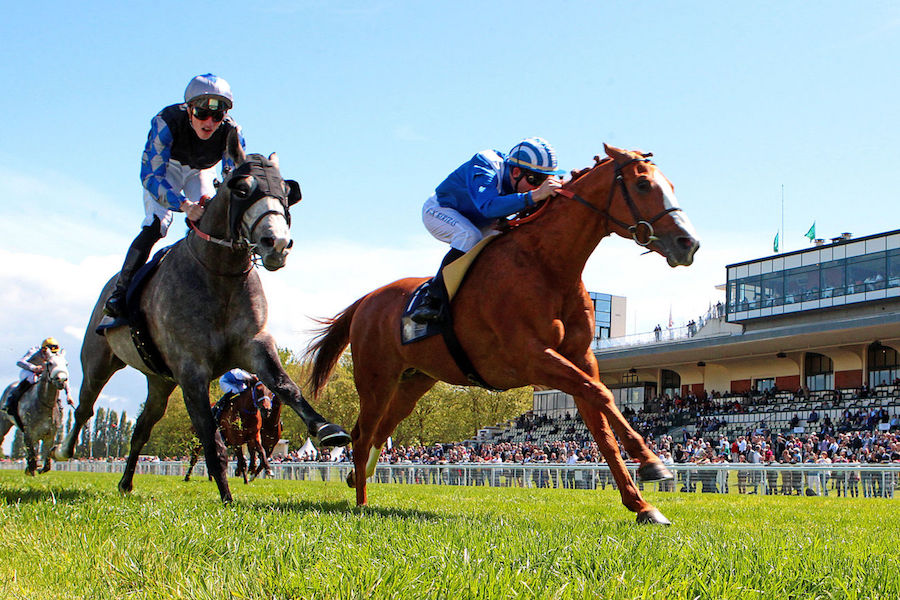 In a year which is proving anything but ordinary, we would again like to emphasise the exceptional way in which our sponsors have rallied round and shown their loyalty. Despite the exceptional circumstances, and the status quo as regards having to race behind closed doors will remain in place until July 10th, all have agreed to either maintain or adapt their existing sponsorship commitments so as to support our professionals. Thanks to their backing, we can look forward to some great racing during the second-half of the season.

La Teste-de-Buch racecourse will on Monday, June 29th, host one of the European legs of the DIAR (Dubai International Arabian Races) circuit. Sadly, owing to the Covid-19 crisis, the Italian, Swedish and Dutch ‘legs’ of the series have been cancelled. Meanwhile, Newbury Finals’ Day has been switched to an end of season slot. During the course of the above ‘La Teste’ card, three races (see below) will be sponsored by Shadwell, and two of these carry PA Group status.

The big PA meeting at Vichy

Vichy racecourse, in partnership with l’ACA (Association Française du Cheval Arabe pur-sang et demi-sang), will showcase the PA horse during the course of a three day meeting which falls in the August 14th -16th period. It should prove to be an unmissable weekend of racing, and one which revolves a common passion: the PA horse. At present, the precise format of the endurance races over the three days has yet to be finalised. On the racing front,

two races, the Prix Magnésie (for 3-year-olds) and the Prix ACA (4-year-olds and up), on the late-afternoon/early evening card at Vichy on August 15th, are expected to be categorised as ‘premium’ races.  All the 'endurance' races will be ‘streamed’ on Arabian Essence TV, whereas the PA flat contests will be screened on Equidia.

The French Arabian Breeders’ Challenges invariably make for both unforgettable and prestigious occasions each year as far as the French PA sector is concerned. These events will revolve around three meetings during the course of the current season.

Entry fees don’t apply for those AFAC members which entered their horses as ‘yearlings’ at the very reasonable fee of €200. These entries continue to remain valid throughout, and apply even if there is change of ownership.

Non-AFAC members, and for those horses that weren’t entered at the yearling stage, entries (€800 each) can still be made via France Galop. In the last resort, horses can be supplemented at cost of €3,000 per horse through the latter body.

The French Arabian Breeders’ Challenge meetings are an occasion for AFAC and its members to meet up: