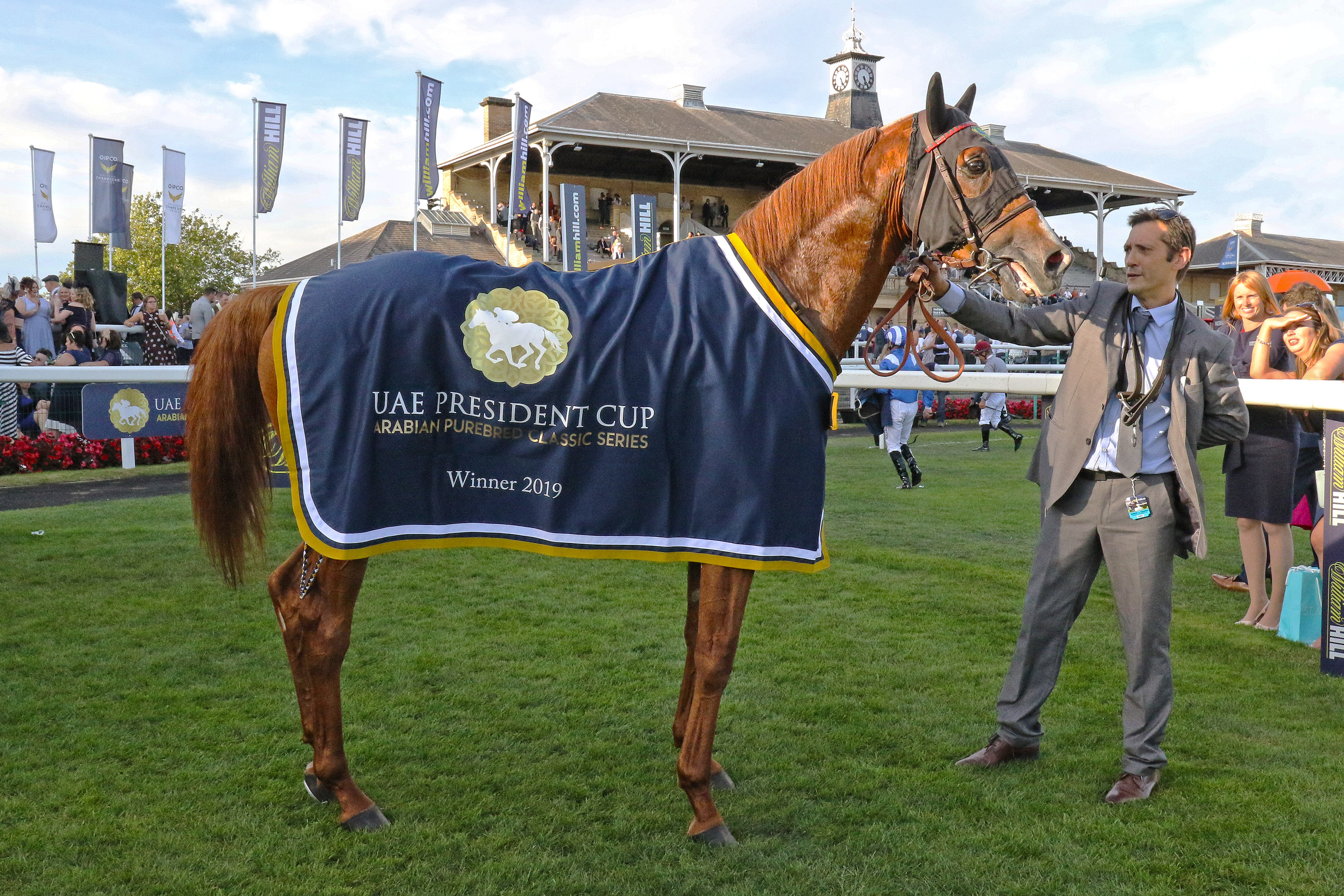 French breeding to the fore in the President Cup series

First run in 1994, the UAE President Cup series, whose founding father was the late Sheikh Zayed Bin Sultan Al Nahyan, is the oldest PA event of its kind. Despite the Covid-19 crisis, this series has again formed part of the 2020 season, and PA French-breds have certainly made their mark.

The UAE President Cup series aims to promote the United Arab Emirates by highlighting the importance of the PA horse relative to the culture/history of the nation. The series has enjoyed a return to prominence in recent years. This has been highlighted by the sponsorship of Gr1 PA races such as the Coupe d’Europe at ParisLongchamp, on the French Guineas card, and the UK Arabian Derby on St Leger day at Doncaster.

Sweden staged its inaugural UAE President Cup race on August 2nd at Jägersro, which is also home to the Swedish Derby and Oaks for English thoroughbreds. The 1,730m L PA dirt race attracted eight local runners, which were out to eclipse the sole international raider, the British-trained Mehdaaf Athbah (Amer) The 4-year-old colt Sihrano du Cayrou (Mahabb), trained by Camilla Nilson for Faisal Al Rahmani, was the top local contender. His two prior victories included the first European pattern race of the 2020 season, the Wathba Stallions Cup (Gr3 PA), over course and distance on his reappearance in May. Despite his obvious ability, he remains very green and was slowly away from the gates. Sweating freely and racing with great enthusiasm in blinkers, his energy levels were such that he was soon dictating terms under Sweden’s leading jockey, Elione Chaves. Meanwhile, Mehdaaf Athbah, ridden by the Athbah Stud’s retained jockey Jean-Bernard Eyquem, was content to sit behind the leader. The 2019 Swedish ‘Horse of the Year’ Macallan (Dahess), and the useful mare Top Medina (Murhib), were also prominent. Unable to maintain his momentum, Sihrano du Cayrou weakened, and Jean-Bernard Eyquem made his move on the winner with over 400m to go. Although Macallan tried to keep tabs on Mehdaaf Athbah, the latter’s superior firepower carried him clear, as Ayman (General) came with a wet sail in the middle of the track to deny Macallan of second in the dying strides. The globe-trotting Mehdaaf Athbah had won in Belgium, France, Saudi Arabia and Britain, before delivering in Sweden.  As an 8-year-old, the horse may not be Gr1 PA class, but he still remains a class act. His career best performance was recorded in defeat when a four and a half lengths second to Al Mourtajez (Amer) in the 2016 Qatar Arabian World Cup at Chantilly for his former handler Philip Sogorb. He held an alternative engagement in the Qatar International Stakes at Goodwood 24 hours earlier. However, this proved a better option and his trainer Phil Collington said: "With the ground drying out at Goodwood, a hard race on good to firm ground wouldn’t have suited him, despite there being a nice cover of grass. Looking at that race, we think he would have finished fourth to Ebraz (Amer). However, he likes a bit of cut in the ground these days, so dirt and all-weather surfaces suit him perfectly. This has provided him with a nice Listed win and he has come out of the race really well. Because of Covid-19, we will just have to see how the situation unfolds with his race programme, as it is so difficult to plan ahead with all the travel restrictions at the moment."

From Russia with love….

The UAE President Cup race circuit returned to Russia for a third consecutive year at Moscow racecourse on August 16th. The 12 runners for the 2,000m (10f) dirt race included four French-breds, with the quartet comprising the likes of Harakan (Dahess), a €50,000 graduate of the 2016 Arqana PA sale. He had been third in 2018, and was the winner of a Russian Gr3 PA race in July. Great Viktor (Mahabb) a brother of Manark, numbers six Russian PA Group wins and was coming off his first Gr1 PA success, the Naseem Stakes, in which he beat Akkerland (General). Akkerland is a half-brother to Avonmouth (Cambrydge), the winner of the 2018 and 2019 editions when they were run over 1,800m. (9f) Also in the mix was Memoralia (Munjiz), a dual Russian PA Gr1, and successful in the 2019 Oaks and the Ministry of Agriculture Stakes earlier this month. Both races were run over 2,400m (12f).

In this year’s renewal, Memoralia and Kamal Kavkaz (Karmel de Faust) were both prominent in the early stages, before the latter took it up on the first bend. Harakan was then dashed into the lead on the final bend and looked to be clear on the rail. However, Akkerland produced a strong finishing burst in the middle of the track and raced clear. Vipassana Silver (Pegasus) secured second, and the renewed effort of Kamal Kavkaz proved good enough for third.

The Belgian scene. Belgium took over the baton as regards hosting the next leg of the UAE President Cup, a Gr3 PA heat over 1,600m (1m), the following day at Waregem’s tight turf track. A field of 12 was declared, but this was reduced following three withdrawals. Still, a good international challenge materialised following the presence of the Gr1 PA winning pair, Conchita DA (AF Albahar) and Mashhur Al Khalediah (Jalnar Al Khalidiah). Also in the line-up was the Shadwell Critérium des Pouliches and the Prix Nevadour winner, Belqees (Mahabb), whereas Macallan and Sihrano du Cayrou were putting in quick appearances after prior efforts in Sweden. However, Messi (Dahess) came up trumps by just under a length, as the French-bred Freddy PY stayed along the rails to snare second from Conchita DA. The win enabled Timo Keersmaeker (the owner, breeder and trainer rolled into one) to enjoy an unforgettable first Gr3 PA win. His parents, Victor and Dorien Keersmaeker, founded the stud where Messi was born and they’ve been pivotal figures in driving the cause of PA racing in Belgium. Messi is out of the mare Jeanne d’Arc (Dormane), bred by the above mentioned Victor, and is herself a daughter of Hase de Colmar (Tidjani). From the same mare, Victor also bred the stallion Ambiorix (Amer), the sire of Toutatix. The latter won a Listed race in Sweden, and was second to Muraaqib (Munjiz) in the 2016 Shadwell Dubai International Stakes (Gr1PA) in Britain.

Looking ahead. Germany staged the Listed UAE President Cup won by Freddy Py at Baden-Baden on September 6th. A confident mood of sorts is in evidence in the UK despite the new quarantine measures. The UAE President Cup sponsored the UK Arabian Derby (Gr1 PA) at Doncaster on September 12th, when French PA horses again made their mark. Please see the reports’ section for details on the big race. Furthermore, it has just been announced that one of the UAE President Cup races will run in the US on October 3rd, when it will form part of the Preakness Stakes (Gr1 PA) card at Pimlico. Carrying a purse of $100,000 race it will be the most valuable PA of the season in the US. It was last run at this meeting in 2012 when it was won by TM Fred Texas (Burning Sand). 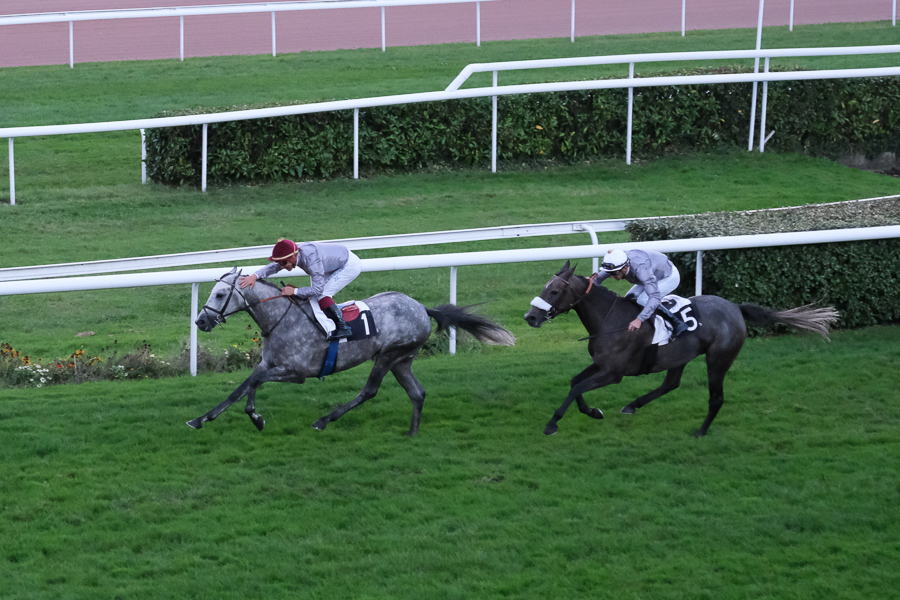 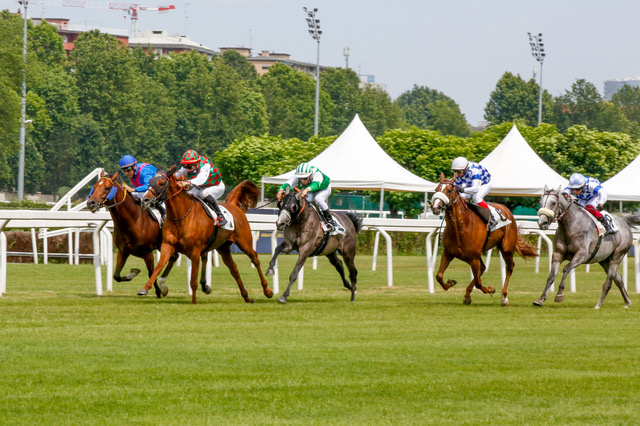