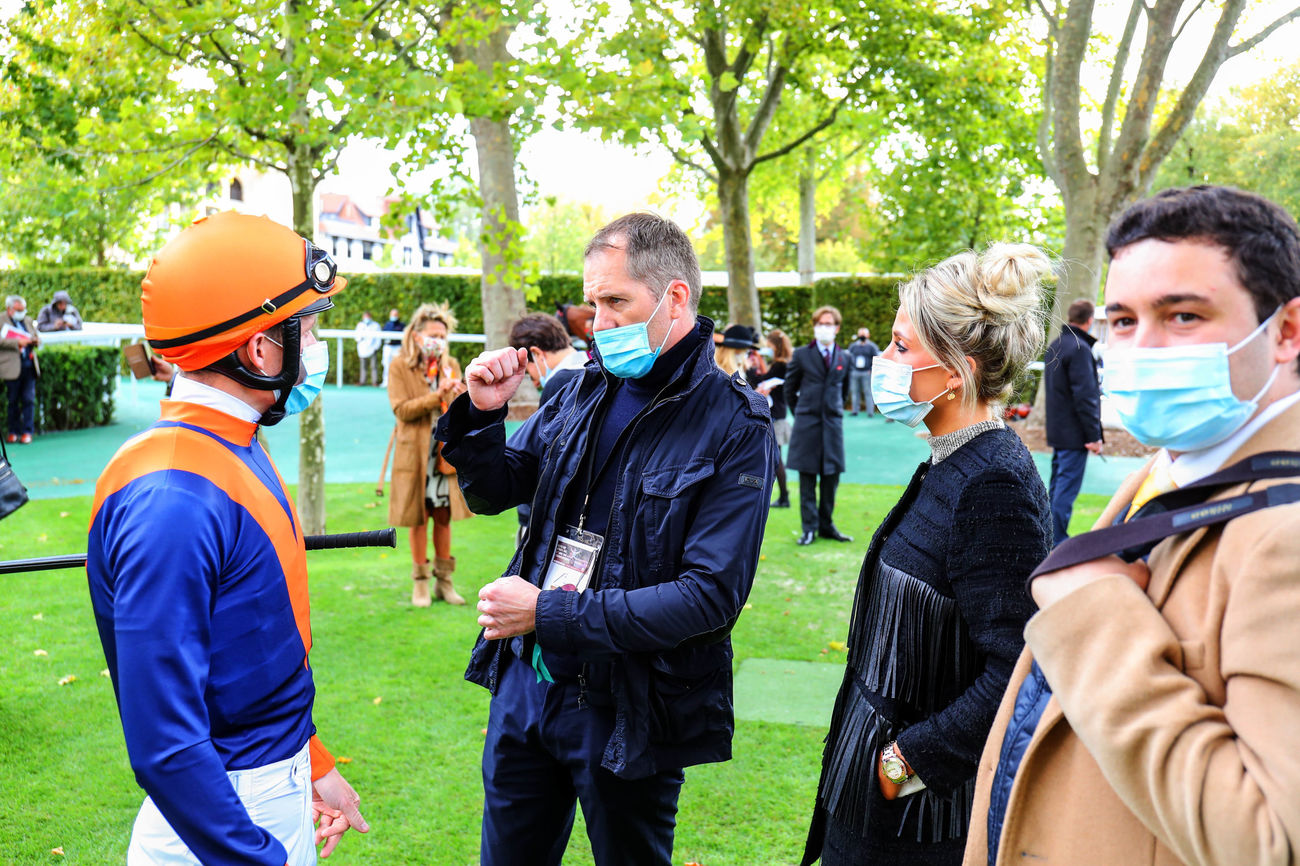 Messi to the rescue in time of crisis

An old adage reminds us: "That out of something bad comes something good". Forced to reduce his import-export activities because of the health crisis, Timo Keersmaekers has been able to return to his first love: training horses. He has also been able to work miracles with Messi (Dahess) this season. As the 8-year-old found beat all bar Tayf (Amer) in the biggest PA race in the world, the Qatar Arabian World Cup.

The French Purebred Arabian. – Messi has enjoyed a near perfect season…

Timo Keersmaekers. – Messi (Dahess) has been in the care of different trainers during his career. This is with the exception of a period four years ago when I took over his training and won a 1,000m (5f) race with him at Ostend. I was very disappointed with his 2019 season when he got disqualified in France (Tarbes). I’m normally abroad a lot because of my job. However, owing to the coronavirus crisis which caused me to remain at home, I decided to train him again. I started training the horse again in February, initially attending to the basics, and the ensuing results have translated into an incredible season. A sweet-natured horse, he’s also very calm at home. Messi is by Dahess (Amer) and his dam boasts the paternity of Dormane (Manganate). His French maternal line is very good, in my opinion, and is a good fit for the stallion Dahess. I’ve also raced Messi's full-brother, Victor. By no means a bad performer, he was a pure sprinter and only won in Belgium.

I gather that you’re not a professional trainer?

No, I’m not. However, as a 19 and 20-year-old old, as well as being immersed in my studies, I also trained my parents' Arabian horses. I also trained a few English thoroughbreds. I was my family’s private trainer until the age of 25.

So your parents owned horses?

They owned Arabian show horses, but my mother decided to race those horses which didn’t look the part in the arena. In fact, some of them hailed from Russian racing lines. Initially, they were entrusted to the care of a person who worked with our [show] jumping horses at home but it didn't work out. In our capacity as amateurs, we took back control of the situation. After our horses were first and second in a race, we took the definitive decision to the train the horses from our yard at home. I’ve followed the exact same path with Messi as was the case a few years ago. It's clearly working.

Yet, until the moment that the Al Shaqab runner Shalaa (Dahess) whisked the lead off Messi, I hadn’t thought it possible. In the aftermath, I asked Eddy Hardouin how the horse had felt during the race. He opined that the horse felt better than in his prep race, the Prix Dragon (Gr1 PA). The horse was stronger still... That made me happy. Indeed, his training regime was adjusted in such a way as to make him that bit stronger.

It is often said that PA horses improve with age...

I think that Messi has improved mentally. Arabian horses often have a lot of temperament, but this doesn’t always translate to the work ethic. The horse hasn’t given me too many problems, but I really believe that the penny has now dropped mentally. His biggest problem resulted from an injury he picked up as a 5-year-old. I hadn't been able to train him at that time because his work rider had just had a baby, and because I couldn’t ride horses. So I transferred the horse to a trainer and he injured himself 11 days after leaving our yard. Maybe he needs a different, less traditional form of training.

What training facilities do you have?

We have a stable. In the past we have had up to 50 horses on site. It's just a hobby now. We have seven horses in our yard, 20 boxes, fields, and a fit for purpose training track measuring 700m in length. We try to do the best we can...

Vido Keersmaekers is listed as being the breeder of Messi?

Yes, it’s the name of our stable.

So you’re involved in breeding?

Yes, a little bit. The seven horses in the yard include Messi's dam, Jeanne d’Arc (Dormane) and she’s a home-bred. As a 19-year-old mare, it’s not always easy to get her in-foal. I have a young colt by General (Amer) at home. We also have a half-sister of Jeanne d’Arc and an English thoroughbred which we keep purely for own purposes. I tried to breed Jeanne d’Arc to General again this year but unsuccessfully. So I am waiting until February to repeat the process, but with the stallion Al Mourtajez (Dahess) this time. He had a lot of pace and won the World Cup in an incredible time. That's why I want to use him.

Did Hase de Colmar, Messi's grandam, also race for you?

Yes, she won a race for us here in Belgium. I bought her on the advice of Martial Boisseuil. She was somewhat temperamental. That's why I bred her to Dormane. She went on to produce

the dam of Messi, having run well in Belgium, in addition to obtaining a third place (Le Touquet) in France. In common with her son Messi, she suffered the same form of muscle injury when in the care of her then trainer at the time. Hase de Colmar (Tidjani) also produced Ambiorix (Amer) for me and he went on to stand as a stallion in France.

Do you intend to carry on training?
Yes, with such results I have to make the time to do it when I can. It’s wrong not to give the horses the best care. Especially when Messi’s achievements this season are taken into account. I almost regret not having done this before. My business interests apart, I will

make time for the training of horses.

I gather that you run a company?

Yes, I run a company in the tableware industry. Our products are sold all over Europe. We continue to source these products in China, and this obliges to travel a lot of for work purposes. The travelling is a real problem but I will set aside time for my horses.

You must have had offers for Messi after such a great effort?

Yes, and they came from the Middle East, Turkey and Belgium. I’m not against the idea of selling the horse. However, I must confess that I do it out of passion. So the performance of Messi when pitted against the world’s best PA horses gives a certain satisfaction. I’m proud to receive such offers. However, I believe that Messi still has a bit of scope for improvement. So, for the time being, we’re playing our cards close to our chest despite the offers from some high profile Middle Eastern stables.

Are you planning on running the horse in the big race at Abu Dhabi in November?

Yes, if the possibility arises. I received an invitation and I entered him in the race last Monday. There are still some question marks regarding travel plans and quarantine, but I have the time to do this in the current year.

Furthermore, the race has been increased in distance. Is this better for Messi?

So he combines speed and stamina?

So he’s been your best horse?

Without doubt. Ambiorix, on the other hand, was an incredible customer. However, Messi has proved to be a cooler customer mentally.

What was the turning point for you as regards running the horse in France?

When Messi gained his second win at Waregem, he accounted for a certain Mashhur Al Khalediah (Jalnar Al Khalidiah), and after checking the latter’s rating on the France Galop

website, I said to myself that we could head to France. After Messi again had the measure of 'Mashhur' at Baden-Baden, it was a question of all systems 'go' for Paris as regards giving the race a crack. Messi has since proved that he could hold his own. At Waregem, the horse excelled himself. That day, I became aware of the full extent of his ‘speed’ potential. That prompted me to carry on down this road.

Lastly, the health crisis could be said to have had a positive effect?

Yes, because it prompted me to re-engage with horses, and I hadn’t bargained for experiencing such moments with Messi this year. Especially as it was hard at a business level, as a great deal of our work revolves dealing with hotels and the gastronomic sector. Messi has been something of a positive force in a difficult period.

Nelly Philippot: «Despite the setbacks, Timo has not lost none of his drive»

Nelly Philippot is the president of the Arabian Horse Racing Club of Belgium. Here she delivers her verdict on Messi's performance.

"It goes without saying that this is a great achievement and it marks a first for Belgium in terms of obtaining such a result. However – neither is he the first Belgian horse/Belgian-bred – to emerge from the shadows! We have already had several winners of Group races, including in the Gr1 events. The Keersmaekers’ family has been involved in racing since the 1980s, when I myself became involved in racing at a managerial level. Timo was still a "kid" but his motivation levels were already high. At that time the family were racing horses of Russian origin, but when Sandrine Tarrou started to appear on the local scene, they quickly became aware that they had to look at the bigger picture. The Keersmaekers were – in common with Johan Verstrepen of Dijkhoeve Arabians fame - the first to introduce French PA blood into their breeding operation, and this following the acquisition of Hase de Colmar (Tidjani), the grandam of Messi. Each generation has yielded quality offspring – capable of holding their own reasonably well at international level. However, it took the judicious infusion of French bloodlines over three generations to achieve a result of which we are so proud of. Although things didn’t go as planned for Timo as a result of entrusting his horses to the care of professional trainers, he has not lost none of his drive. As fate would have it (Covid-19 crisis) this year, he has found the time to take care of his own horses, and although he doesn’t ride his horses during their morning work, he has played a pivotal role as regards doing the ground work. The horse also impressed me at the beginning of the season as he was well muscled up and a deep-chested sort. For the Belgian racing and its breeding fraternity, the performance by the horse of a breeder/owner/trainer will, of course, be a great showcasing act. Even if it implies that the horse will perhaps leave Belgium with a view to seeking new horizons." 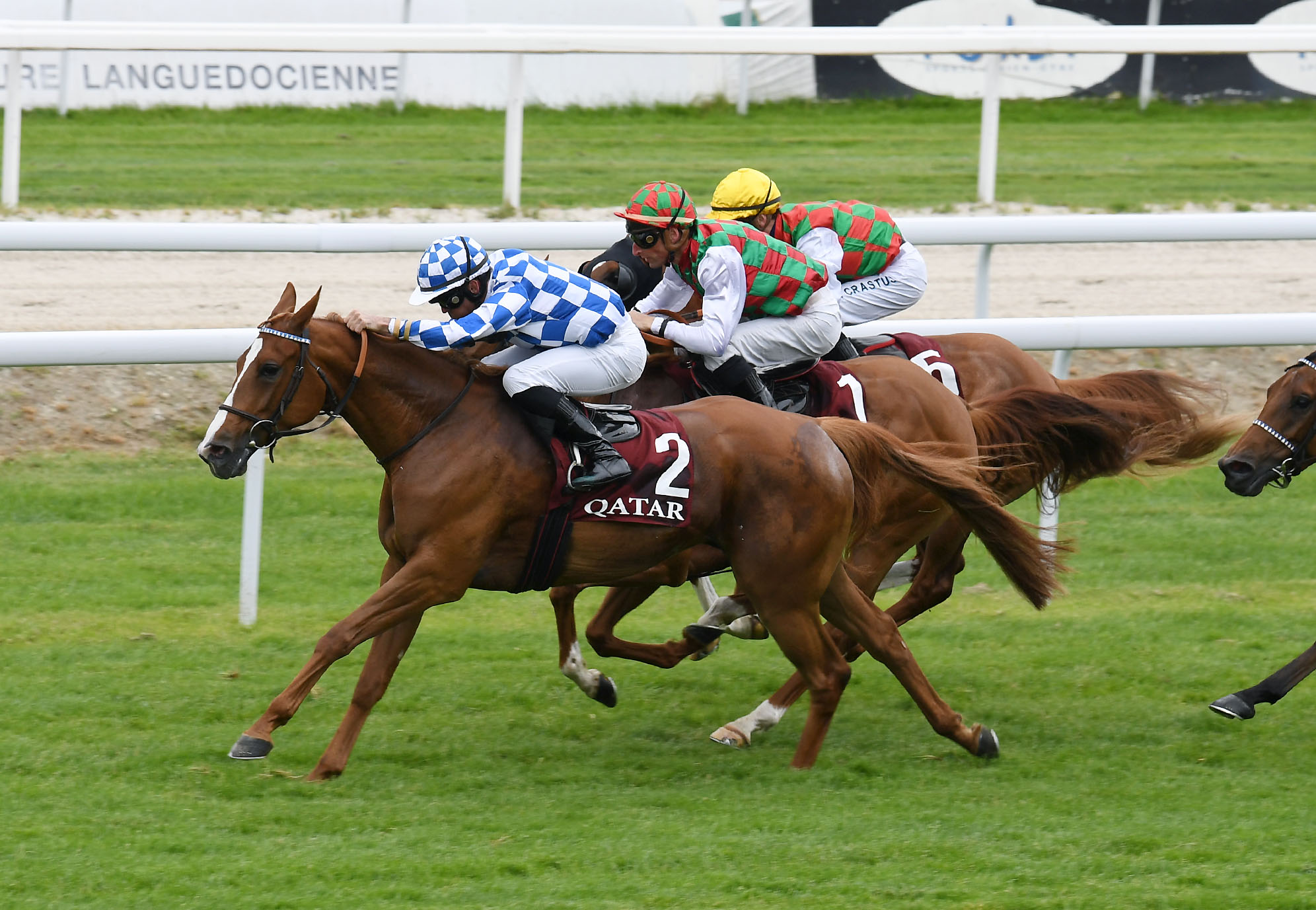 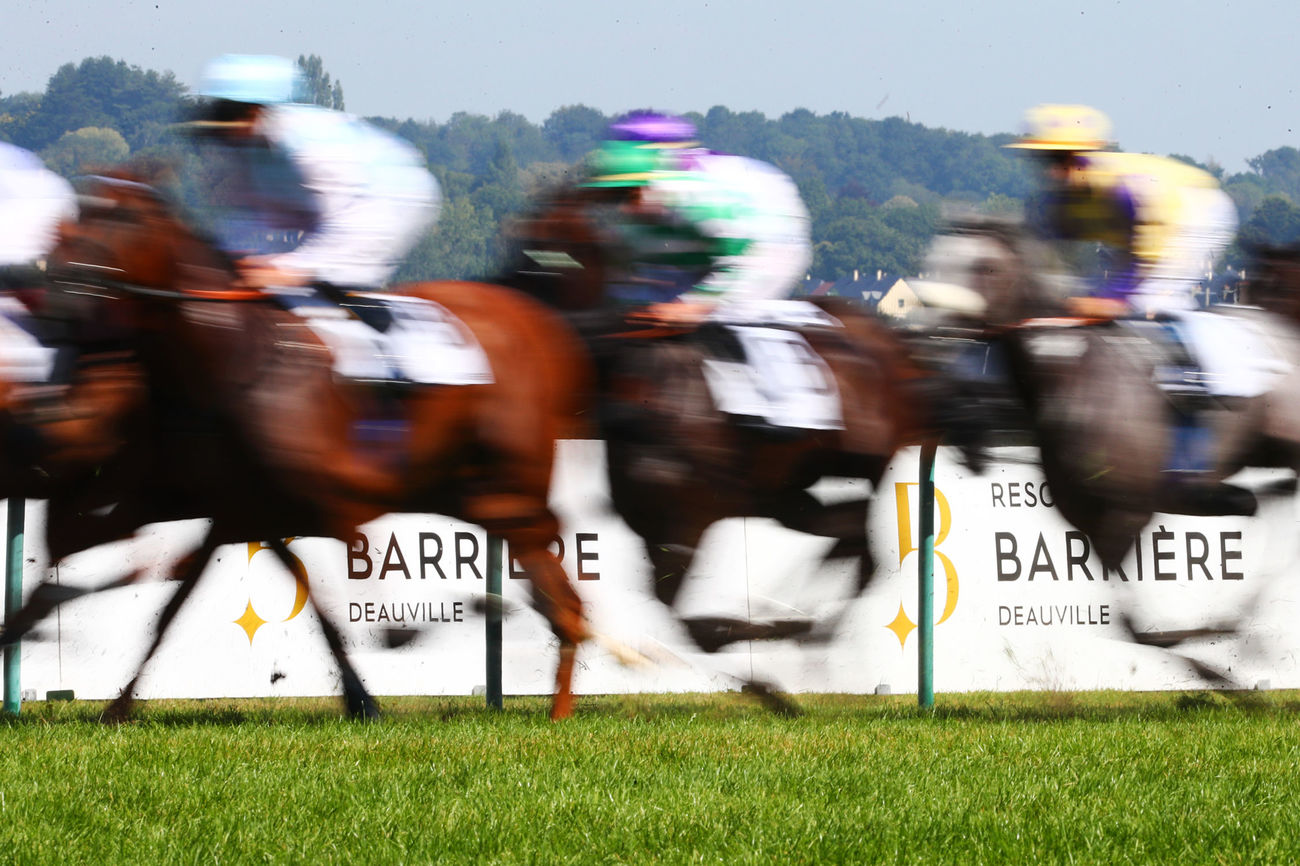