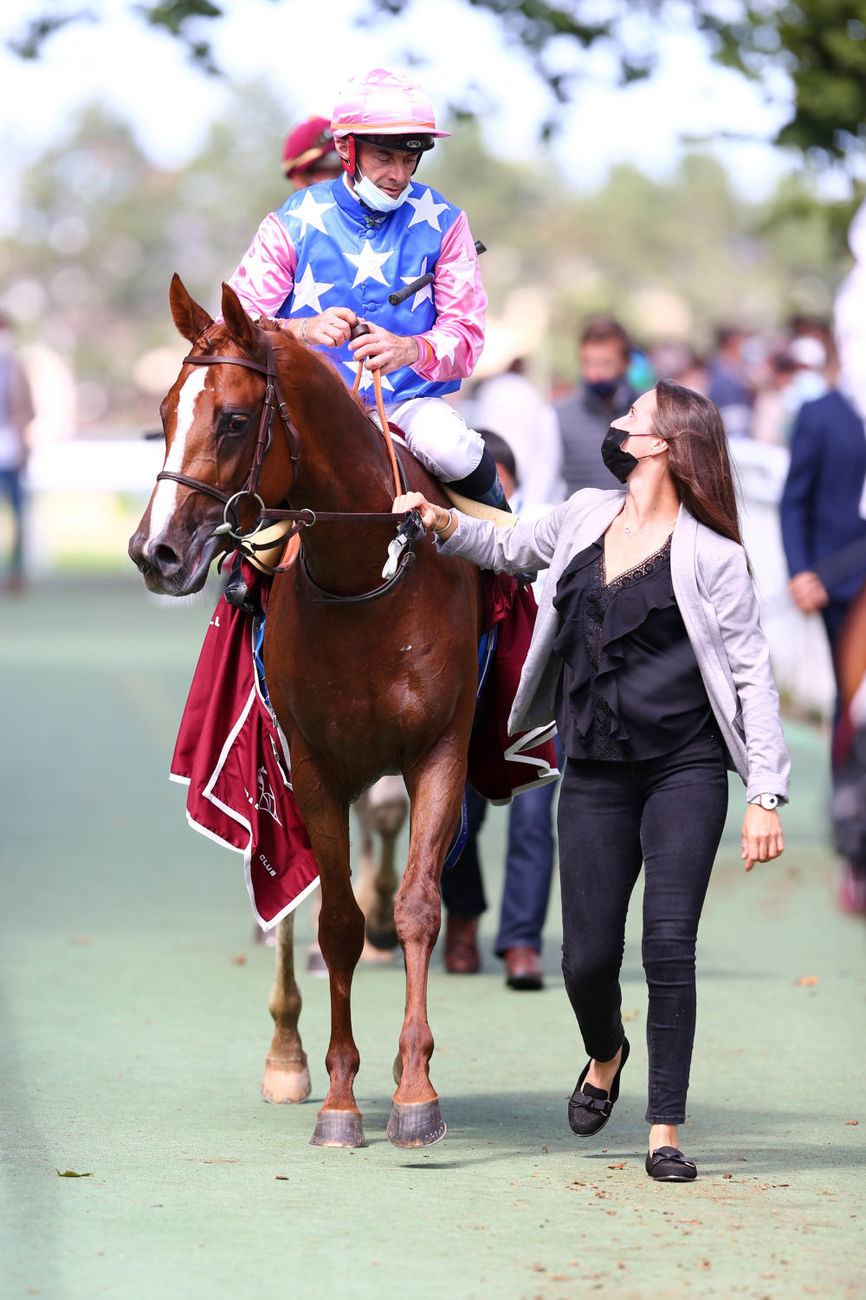 Samlla (Assy) had already proved a convincing winner of the Qatar Coupe de France des Chevaux Arabes (Gr2 PA). Fast-forwarding to Deauville, and on a track rated soft, he won with even more authority after taking the Al Rayyan Cup - Prix Kesberoy (Gr1 PA) in the colours of Sheikha Reem bint Mohammed bin Khalifa Al Thani. Now unbeaten in three starts, Samlla has gone to the top of the tree of his particular generation. According to the sectional times, he clocked 200m in 11"98: the fastest split of the race, and certainly quicker than the older horses’ brigade (with the exception of Hoggar de l'Ardus) in the Doha Cup - Prix Manganate (Gr1 PA).

The winner and the rest. There wasn’t much pace as the gates opened, and the circumstances dictated that Hakeem (Sir Bani Yas) found himself at the head of affairs, as the rest of the field followed in Indian file, with Samlla sitting pretty in third. Theo Bachelot didn't wish to get caught out tactically, and so he had Penny (Nieshan) racing on the heels of the leader on the turn. Meanwhile, Olivier Peslier patiently stoked up the future winner. Going to the final 250m, the two Rohaut runners went head to head. However, as if reproducing a piece of morning work, and galvanised by a flick of the whip, Samlla easily imposed himself after snaring the win by just under two lengths. Hakeem was the runner-up and this marks the second time that he has been dominated by his stablemate. Penny, racing for just the second time, was a further two and a half lengths away in third.

The annus mirabilis of François Rohaut. François Rohaut told us that Samlla could be stepped up in trip at Chantilly. Indeed, the extra 400m played in the colt's favour, as he won even more easily than he had at Chantilly over a mile. The Pau handler has four classy 3-year-old colts in the yard which he can aim at the top races: namely Samlla and Hakeem, the Deauville 1-2, plus Rb Yas Sir (Sir Bani Yas) and Hargan (Al Mamun Monlau). The trainer said:  «I have around ten three-year-old PA horses in the yard, and this particular group have a lot of quality, with a quartet earmarked for the top races. The duo who ran today will be joined by their two stablemates when it comes to tackling the Gr1 PA feature at Saint-Cloud. Usually, it’s Thomas Fourcy who tends to land the spoils. However, in 2021 it’s our 3-year-olds, and especially the colts, who are proving to be a group of Olympians! I’m very happy for my owners. Hakeem and Samlla are two very good colts. Samlla is improving with his racing as is often the case with my younger stock. His last piece of work showed that he is a cut above the rest. I hope that he will continue to progress so as to be able to take in the very top races in France and abroad, because the international calendar offers the opportunity to travel. »

Penny and Aajel are expected to improve. Thomas Fourcy trains both Penny (3rd) and Aajel (4th). He told us: «They are two very late maturing horses, which will develop nicely. Penny was a bit more laid back in the race compared to his debut run, but he's just a big baby. He sustained his effort and was doing his best work towards the finish. As for Aajel, he put in a good effort but is a bit limited: not in terms of either class or stamina, but in maturity. He, too, will progress. Sahab was withdrawn because she hurt herself in the van while travelling to the races yesterday, and she sustained cuts to a hind leg after lashing out in the van. The vet took x-rays and nothing was broken. He'll be back to see her later because there’s still some swelling, but, for the moment, it's not a catastrophe. »

He is the first foal of the unraced mare Djakera des Forges (Kerbella). The grandam, Djarella (Djarni des Forges), was an endurance performer. She has given birth to two foals in France, but none have seen the racecourse. Djalou des Forges (Samsun), the great grandam, has produced a winner in Saudi Arabia, Shibil Al Khalidiah (Amer). If we trawl further back in the pedigree, we come across Djala (Manganate): herself the ancestress of many black type performers, including Djainka des Forges (Kerbella). The latter won the Arabian World Cup (Gr1 PA), the Hatta International Stakes (Gr1 PA) (twice), plus the Arabian Trophy des Pouliches at Saint-Cloud (Gr1 PA).

Adding the X factor to proceedings

Harping back to the Doha Cup - Prix Manganate (Gr1 PA), Soko (Nieshan) dominated his nearest rival by five and a half lengths, and that in a field comprising five previous Gr1 PA winners. This is a... 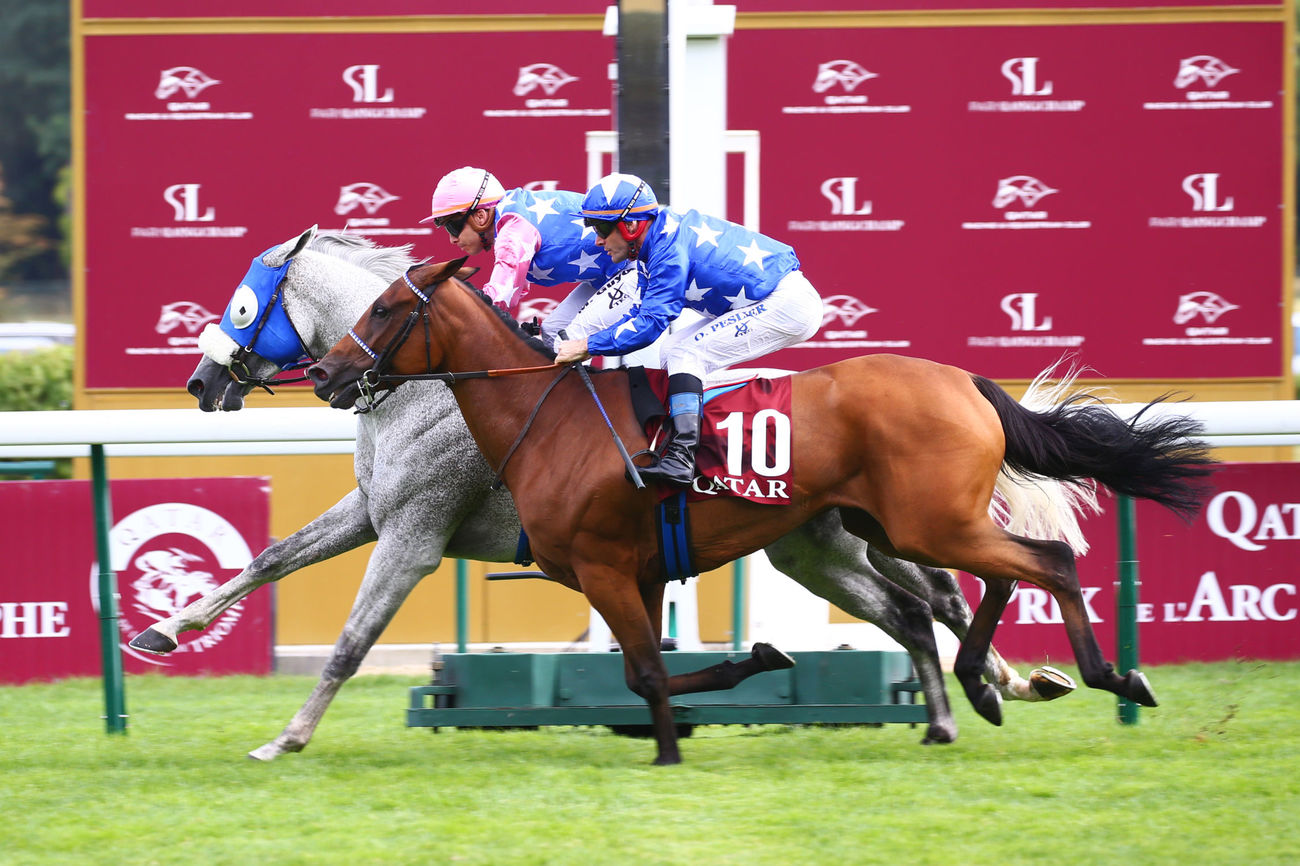