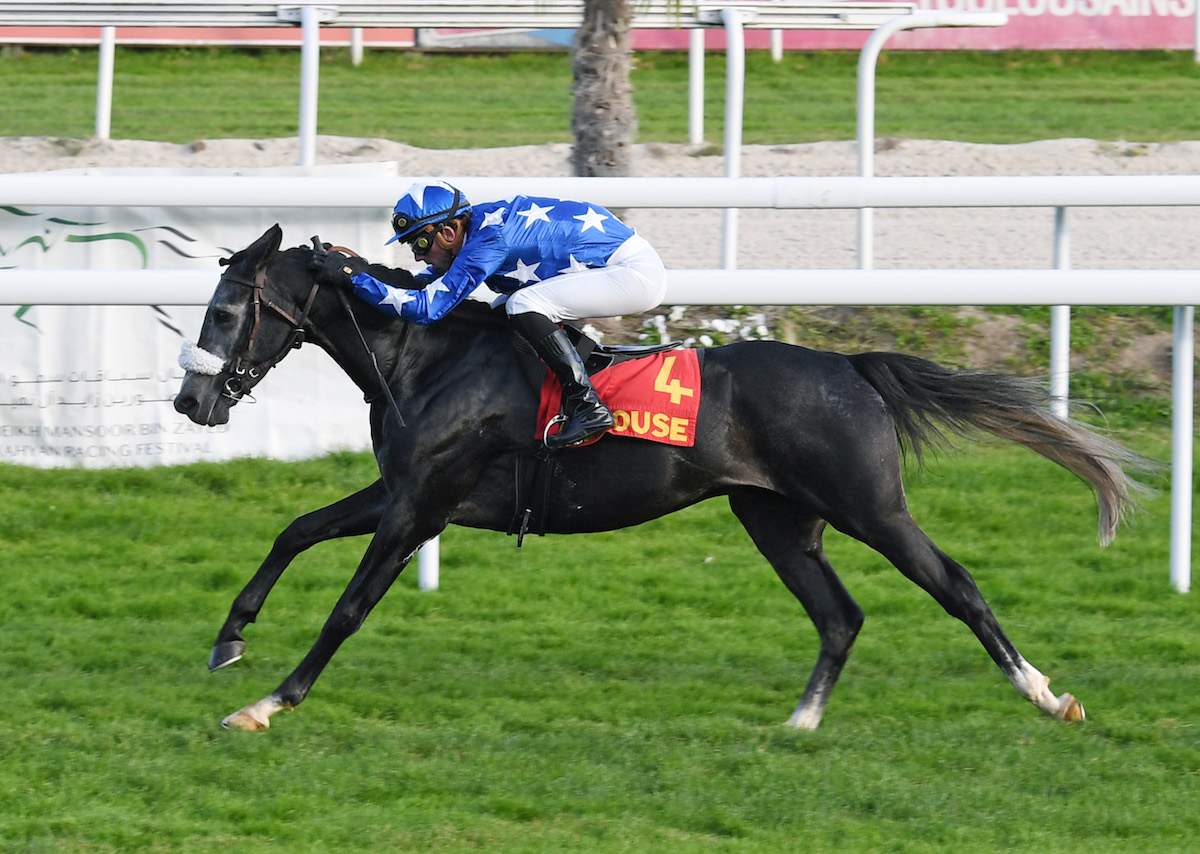 Moharram (Assy), the favourite in Prix Chéri Bibi (Gr3 PA), collected his second Group win of his career in very good style under Jérôme Cabre. The representative of His Highness Sheikh Mohammed Bin Khalifa Al Thani gained his first win of note in the Prix Tidjani (Gr3 PA) at La Teste on July 16th. This was the prelude to his fourth spot in the French Arabian Breeders' Challenge-Poulains (Gr2 PA) on September 3rd. On this Monday card, Moharram bided his time at the back of the field, having raced in the slipstream of his stablemate Nahaab (Mahabb). Making headway on the outside as the field hit the straight, he quickened into the lead with 300m to go, before drawing clear for an easy win. Safwah (Burning Sand) was two and a half lengths further back in the second, having repelled the third, Ghazi Al Zaman (Hilal Al Zaman), by a length. The latter lost his unbeaten record after two wins over 1,600m in Italy. As for Nahaab, he finished sixth and last but one.

Doha here we come. Thomas Fourcy, the trainer of Moharram and Nahaab, said: "Moharram gave his jockey a good feel. The pacesetter slowed the tempo on the final bend, and so the horse made his move towards the outside earlier than planned, but he was responsive and quickened up well. This was the plan and it's a good that he's heading to Doha with two PA Group wins to his name! We have already made travel plans for him: as he is due to jet off on November 18th. As for Nahaab, he is very tender. I don't wish to be disparaging in any way: but, in my opinion, he has yet to mature physically. I hope that he will improve next year."

Assy makes a good start. Moharram, bred by Al Shahania Stud, is a son of Assy (Amer), a young stallion whose first generation has been very successful (via two French Group PA winners from 13 runners). He’s out of Amandine de Ghazal (Dormane) and herself the dam

of Jamaiel (Dahess), a multiple winner at handicap level at Doha last winter. The great grandam, Okie du Cassou (Baroud III), is also the grandmother of Arc de Ciel (Djendel), and winner of the Emir's Sword and the President Cup (Grs1 PA). The latter has produced three performers at the highest level, including the outstanding Gazwan (Amer). Gazwan is a dual winner of the Shadwell Dubai International Stakes, the Emir's Sword and the Qatar Gold Sword (Gr1 PA), and he also numbers the Qatar Arabian World Cup (Gr1 PA) among his wins. Arc de Ciel is a sister of the Dubai International Stakes (Gr1 PA) winner Asraa Min Albarq (Amer), plus the Qatar Arabian World Cup and Hawthorn Hill International Stakes (Grs1 PA) victor Areej (Amer). This is the female line of Nevada II (Djanor). 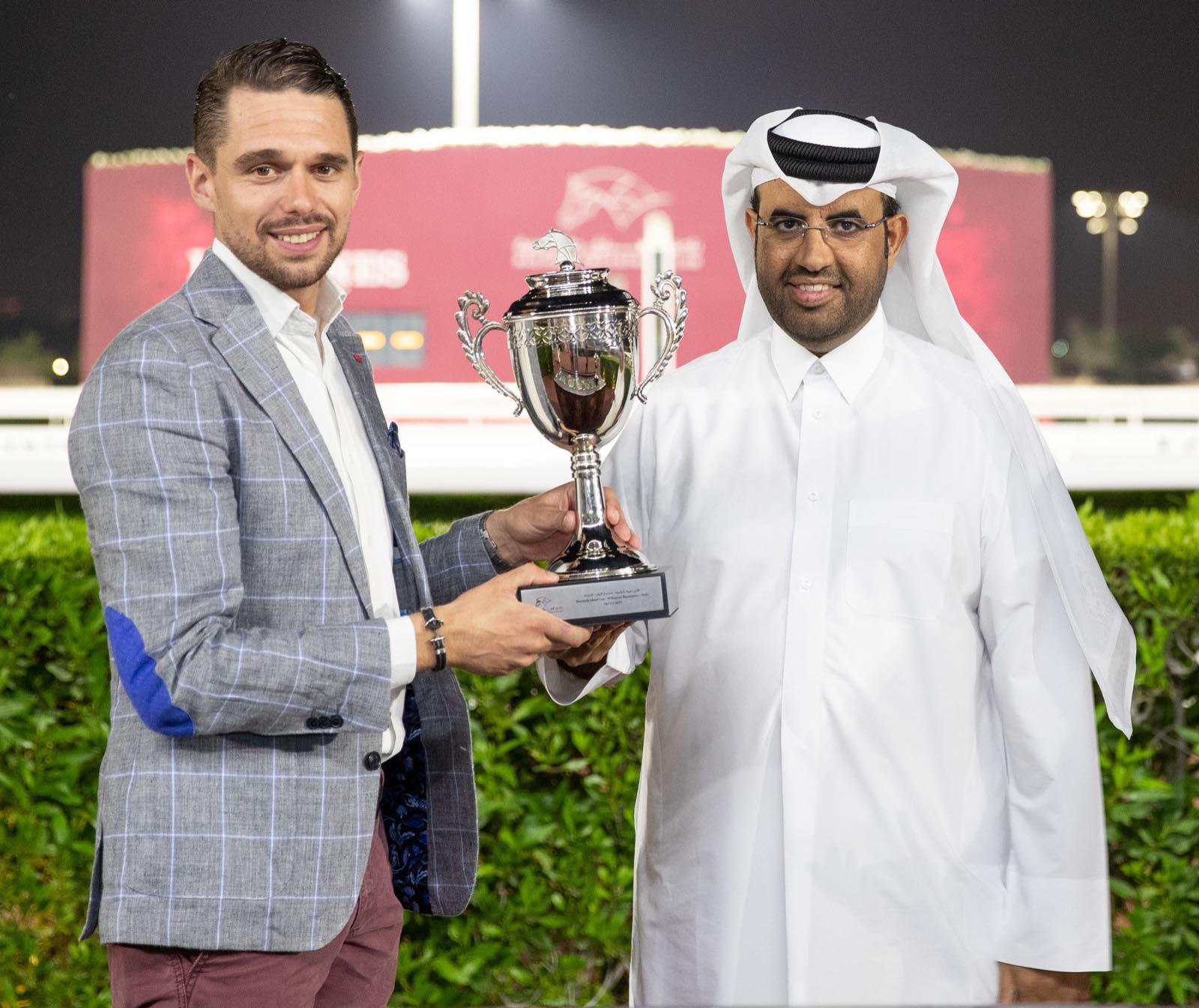 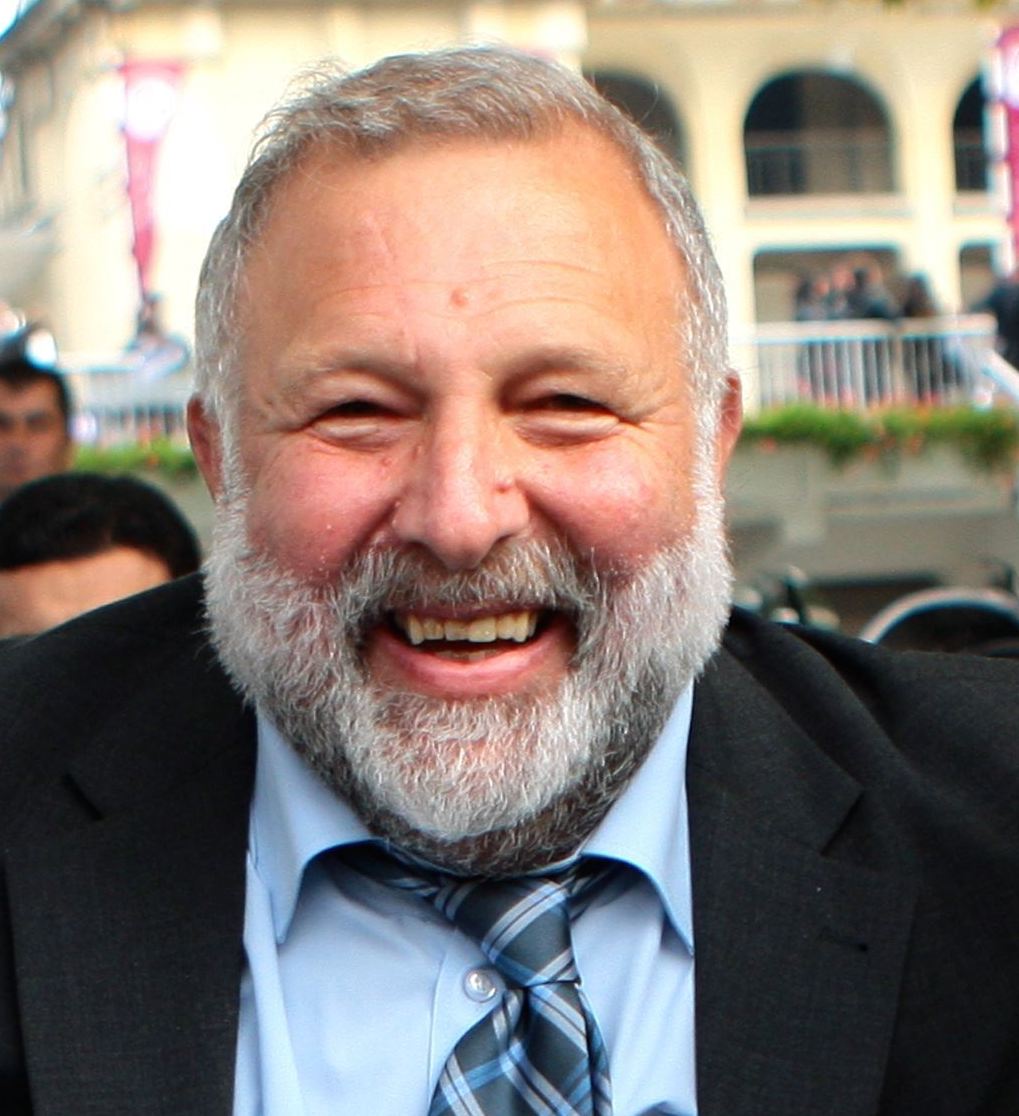